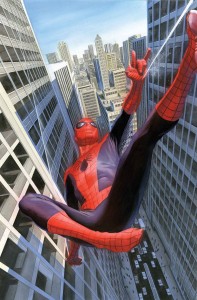 Alex Ross provided a great cover for Amazing Spider-Man #1 a couple of weeks back which just missed out on being in our top six, but his work on #1.1 just couldn’t be excluded. Painted in Ross’ famous and distinguishable hyper-real style, his interpretation of Spidey swinging through the New York streets makes for a dynamic and positive cover. 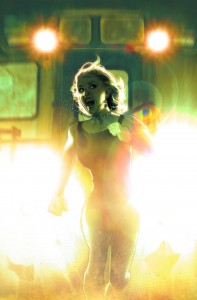 Cinderella‘s current arc comes to a close in issue #26 of Fairest and the cover, like all of the others, features some wonderful art from Week #6 winner Adam Hughes. This time Hughes has a female character running in terror towards us, almost completely obscured by the bright light emitted from the headlights of the onrushing subway train behind her. Drama, horror and action are all rolled up in Hughes’ unique style and talent. 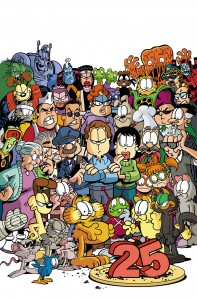 Garfield has reached his 25th issue for Boom! Studios and to celebrate, Gary Barker has provided a fabulous assemblage of characters from the series. Can you name them all? 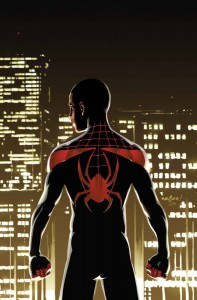 Miles Morales – Ultimate Spider-Man #1 landed this week with a fine front from David Marquez. Pictured from behind, we see Miles in costume without his mask, staring off into the murky night over the illuminated city. Moody and atmospheric, it’s a powerful image with which to kick-off the new series. 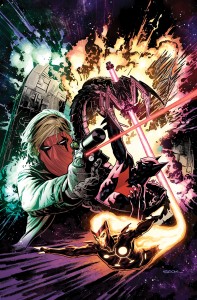 After featuring in Cover Of The Week #16, Ryan Sook is back again, this time with a cover which almost won the Paper Crown! New 52 – Futures End is this year’s big story from DC, crossing into almost all of their titles. The tie-in series, which began this week, was graced with a dynamic, bold and action-packed cover from Ryan that perfectly conveys the significance and drama of the book. 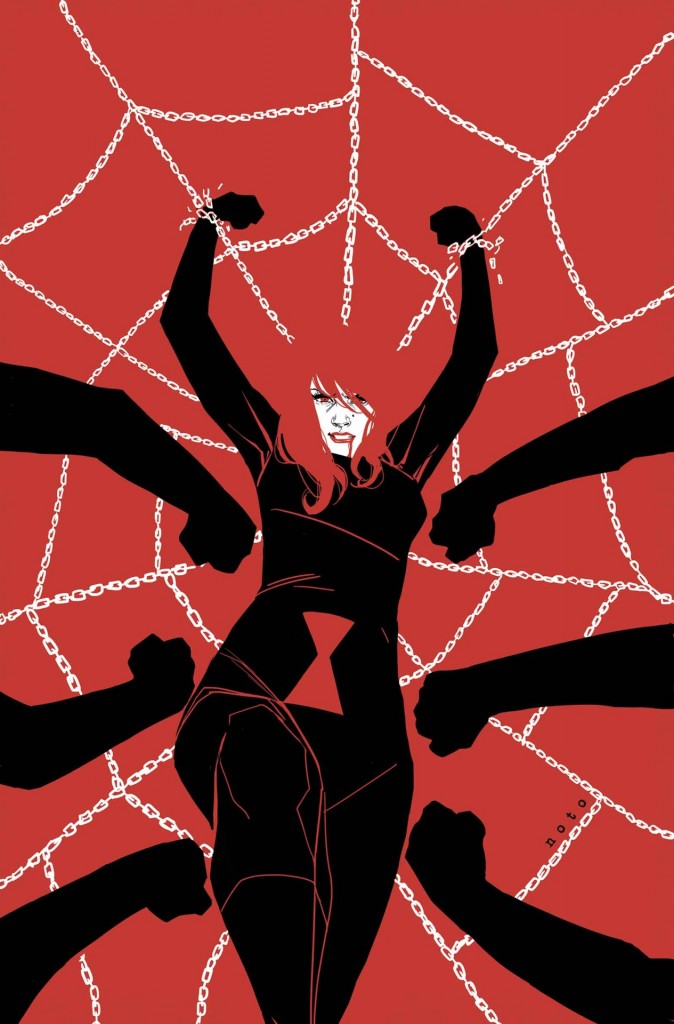 Having been in our top six twice this year (week #7 and week #14), Phil Noto has finally taken the top spot with the cover for Black Widow #6! The abstract image features a chained Natasha defending blows from the advancing arms of six unseen attackers. With the illusory blend of her red hair and the solid background, the chains appear web-like, while the placing of the six arms coupled with Natasha’s arms-aloft pose and her costume logo produce the clearly visible image of a black widow spider! It’s an intelligent and stylish piece, executed with Phil’s sublime skill.

Congrats to Mike and Marvel, they get the paper crown this week! 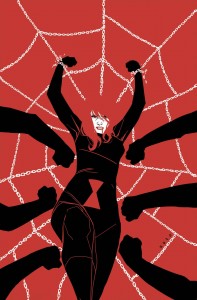