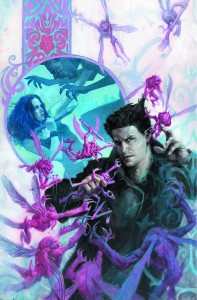 Buffy The Vampire Slayer‘s supreme spin-off series Angel And Faith returned for Season 10 this week. There were three covers available, with our favourite being the main cover by Scott Fischer. In juxtapostion to the beautiful, painted style of the piece, character actors David Boreanaz and Eliza Dushku are depicted seperately, as they are in the story, battling their respective, fiendish foes from the issue. 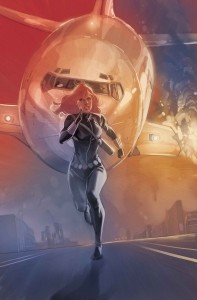 Marvel‘s number-one, red-head assassin is pictured in a tight spot on the front of Black Widow #5. Phil Noto has Natasha running towards us with a rather large, crashing aircraft looming in close behind. This action-packed image is presented beautifully in Noto’s familiar and skillful style. 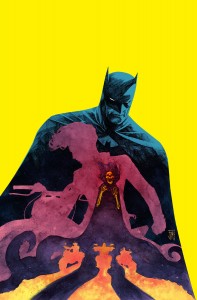 A fresh creative team on Batman is ushered in with new series artist Francis Manapul‘s fine cover for issue #30. Magnificently illustrated, it features a number of figures and silhouettes in within Batman’s outline, including motorcross star Anna ‘The Eagle’ Aguila, a motorcycle gang and the Grim Reaper! In addition, the spaces created between these figures seems indicative of octopus tentacles, which itself is a nod to a villain named Mr Squid who appears within. And all of this is presented on a solid bold bright yellow base. Manapul has really heralded the new creative direction in style! 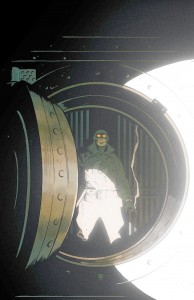 Series artist Tonci Zonjic is providing some amazing covers for Lobster Johnson: Get Lobster, and this tradition is continued with issue #3. On the front we see Johnson at the door of a bank vault. There is heavy use of shadow, but this is offset wonderfully with the oval glare of (presumably) a searchlight, broken by the vault door frame as it falls onto the figure of Johnson. Atmospheric and moody, it fits the style and tone of the book perfectly, and it looks great too! 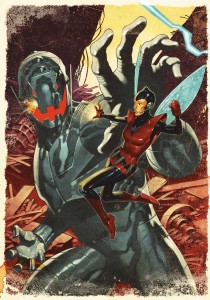 WHAT IF?: AGE OF ULTRON #1
Cover by CHRIS STEVENS 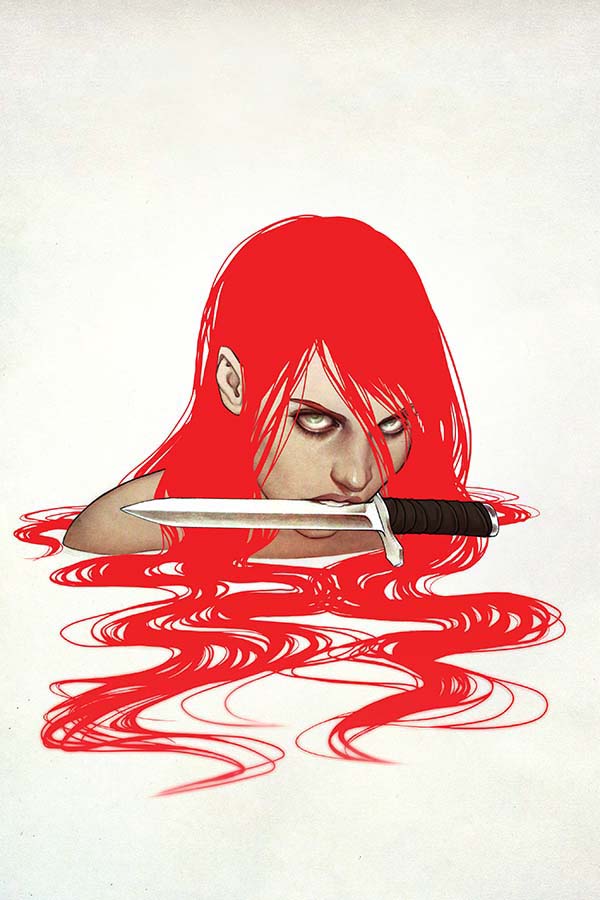 One of the finest female artists working in comics, Jenny Frison has delivered a stunning front for Red Sonja #8. Mixing stylized components with classic illustration and minimalism, we have an image of a semi-submerged Sonja, her head and shoulders above the water-level with a knife in her mouth. The watery environment isn’t depicted and Sonja’s bold red locks lack any detail, but these elements are executed elegantly, creating the illusion of seeing what is not there, while the stark white background enhances the stunning red of Sonja’s hair. All-in-all, this is one very eye-catching cover and a unanimous favourite at ACE Comics this week.

Congrats to Jenny and Dynamite, they get the paper crown this week! 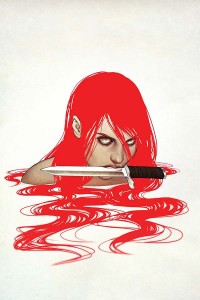