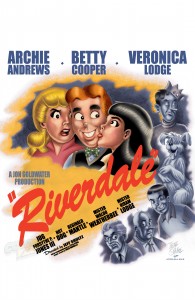 Jeff Shultz gets us started on the sixteenth Cover Of The Week list for 2014 with his fantastic homage to ‘Casablanca’ on the front of Archie #654. Somehow, “Play it again, Jughead”, doesn’t have quite the same ring. 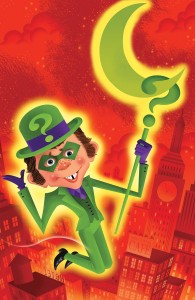 DC are running a number of ‘Mad’ variants on their titles, produced by different artists and featuring Alfred E. Neuman in one guise or another. Batman #30 has Neuman as the Riddler in a glorious green and orange spectacle from master cartoonist Bob Staake. 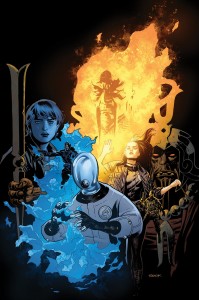 Ryan Sook has provided variant cover art for BPRD: Hell On Earth #118, showcasing the team in a dramatic and dark composition. As the cover for the penultimate issue in the current arc, the epic, movie-poster quality of the front reflects the magnificent and highly praised content within. 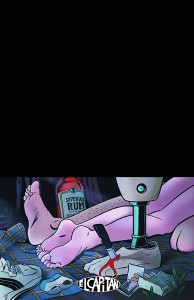 We’re big fans of Stray Bullets at ACE, and David Lapham’s cover for the second issue of the brand new ‘Killers’ series is a gem. In typical Stray Bullets fashion, the image takes up the bottom third of the cover, featuring an element from the story inside. The difference here is that the shot of female feet between the male’s single-foot-and-legs, coupled with the sight of the discarded false foot, liquor, smokes and bloodied dagger seems to sum up Stray Bullets perfectly – it’s dark, dangerous and sexy with black humour running through. 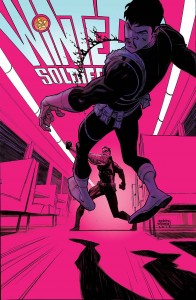 The first two Andrew Robinson Winter Soldier: Bitter March covers were doozies, and number three continues this tradition with aplomb. It’s all action as Robinson has Barnes dramatically punching out Ran Shen in the direction of the reader. Add speed lines, douse it in magenta and you have one arresting piece of stylish art! 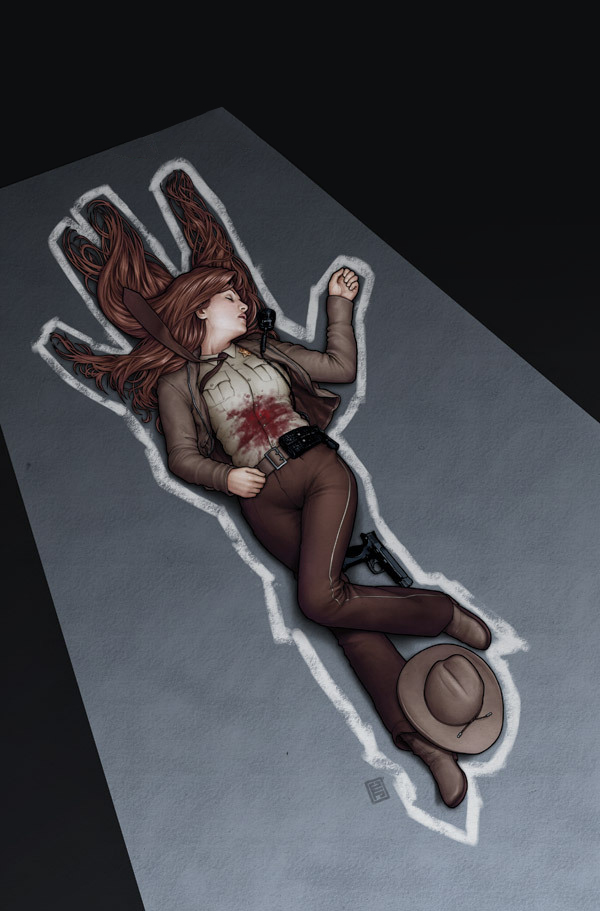 Edging Andrew Robinson out of the top spot is John Tyler Christopher’s fabulous cover for Witchblade #174. In the finale of the ‘Borne Again’ storyline, Sheriff Sara Pezzini, with her fragment of the Witchblade, is taking on the Angelus, who is in possession of the rest of it. It’s ultimate showdown time, and Christopher has indicated the gravity of this issue with a brilliant cover involving a prone Pezzini bordered by a chalk outline. A possible outcome of the battle royale, it’s the arrangement of Pezzini and the shape of the chalk outline that steal the thunder – it’s not every day you see a victim laid out in the shape of a famous, supernatural, sentient artifact shaped like a glove!

Congrats to John and Image, they get the paper crown this week! 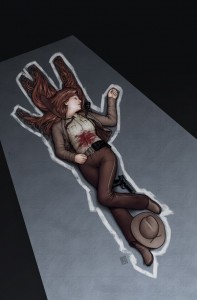