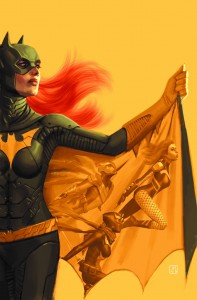 Birds Of Prey offered the strongest cover from DC this week, with a fine, golden composition from Jorge Molina Manzanero, starring Batgirl. Enjoy the series while you can, as in a few month’s time it’s all over! 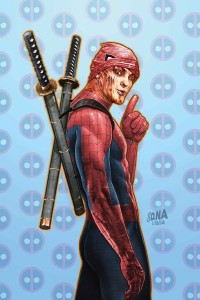 You wait ages for a David Nakayama then two come along all at once! Following on from last week’s All New Ultimates entry in Cover Of The Week #20, David has another fine piece of cover work on display. This time it’s Wade Wilson dressed up as your friendly neighbourhood Spider-Man! 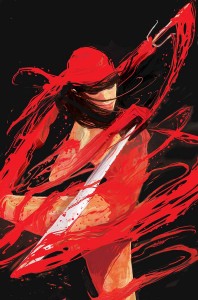 You would think that, after appearing in the hallowed digital ether of Cover Of The Week more often than most other artists, Mike Del Mundo has a real gift for the front of comic books. Take Elektra #2 for example – stunning swathes of red flood the gracefully twirling assassin in a truly beautiful piece of painted artwork. He won the paper crown in week #17 with issue #1 and he nearly did it again this week! 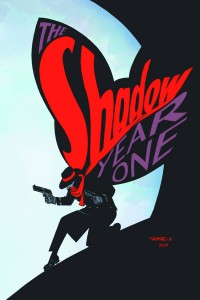 THE SHADOW – YEAR ONE #9
Cover by CHRIS SAMNEE

More wonderful, stylized work from the unmistakable Chris Samnee on the front of The Shadow – Year One #9 as we see The Shadow‘s billowing cloak adorned with the distorted title of the book and the huge red ‘Shadow’ acting as an exaggerated extension of his trademark crimson scarf. 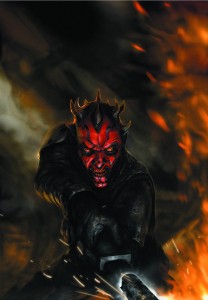 Possibly the scariest cover this week comes from talented artist Chris Scalf. Star Wars – Darth Maul: Son Of Dathomir #1 features the most menacing of the Sith Lords glaring fiercely and snarling at us as the fires of Dathomir burn around him. It’s a powerful and arresting portrait. 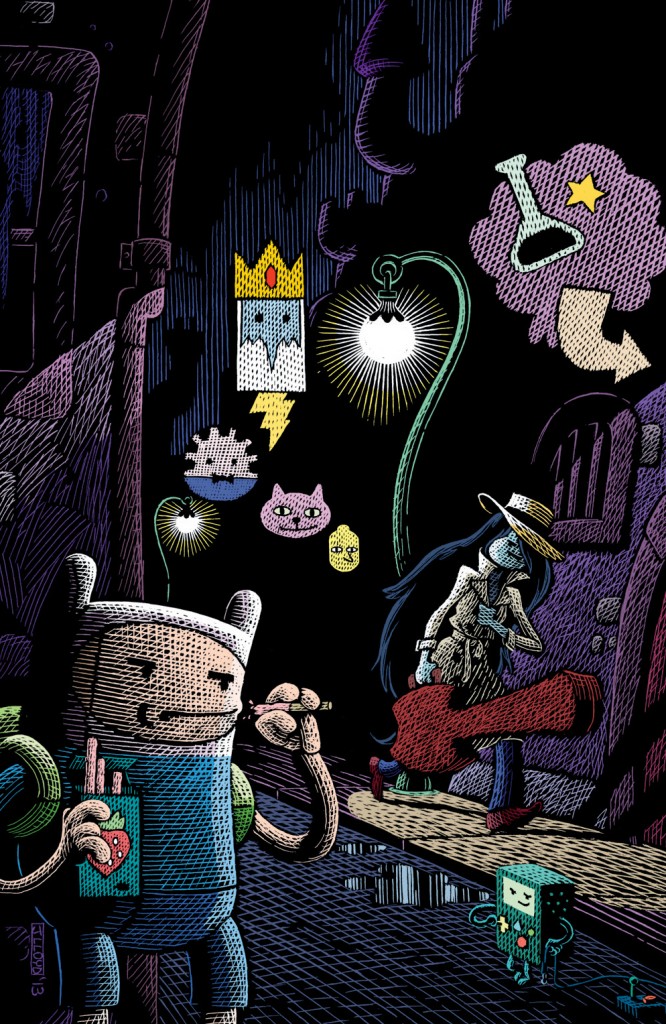 Over the course of it’s publication so far, Adventure Time has featured some outstanding covers, and Boom! Studios should be commended for finding amazing talent to contribute to the front of these books. Issue #28 is no exception. Our pick of the handful of variants is also our favoured front this week and it comes courtesy of James Lloyd. His noir scratchboard piece is rich with tone and incredible skill and is this week’s winner, hands down!

Congrats to James and Boom!, they get the paper crown this week! 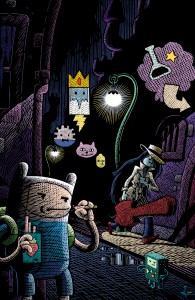