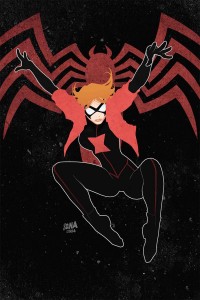 The new Ultimate Black Widow features on David Nakayama‘s striking cover for All New Ultimates #2. Mirroring the pose of the spider behind her, this image of Jessica leaping is stylized, sharp and clean. 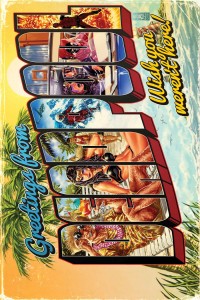 Following the wedding covers to issue #27, Mark Brooks has provided another Deadpool variant for issue #28. This time it’s a brilliant homage to the 1950s ‘Greetings From America’ postcards, featuring Wade and Shiklah in a series of typically Deadpool honeymoon situations, with a typically Deadpool twist on the postcard tagline. Oh, and because this is by Mark Brooks, it’s absolutely beautiful! 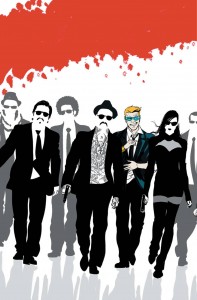 QUANTUM AND WOODY #10
Cover by KANO

Quantum And Woody‘s Spanish artist Kano provides the front for issue #10. It’s always interesting when comics give a nod to pop culture on their covers and that’s just what Kano has done with this fine reference to the iconic movie poster for Quentin Tarantino‘s Reservoir Dogs. It works really well on the front of this issue and certainly helps it stand out on the shelves. 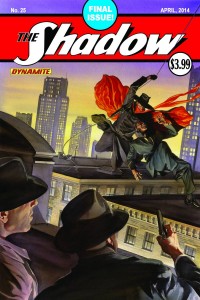 THE SHADOW #25
Cover by ALEX ROSS

The Shadow bows out with a brilliant homage to Detective Comics #27, a comic that has had it’s iconic cover replicated many, many times, but rarely with as much talent and skill as is on display here from the one and only Alex Ross.

Soon to revert to Marvel, Dark Horse have been publishing Star Wars comics for just shy of thirty years, and we have Víctor Manuel Leza‘s front for Star Wars #17 as one of our top covers this week. It’s a sharp front featuring an unmistakable Mark Hamill as Luke Skywalker getting a (potentially lethal) frosty reception from some guards in the mountains. 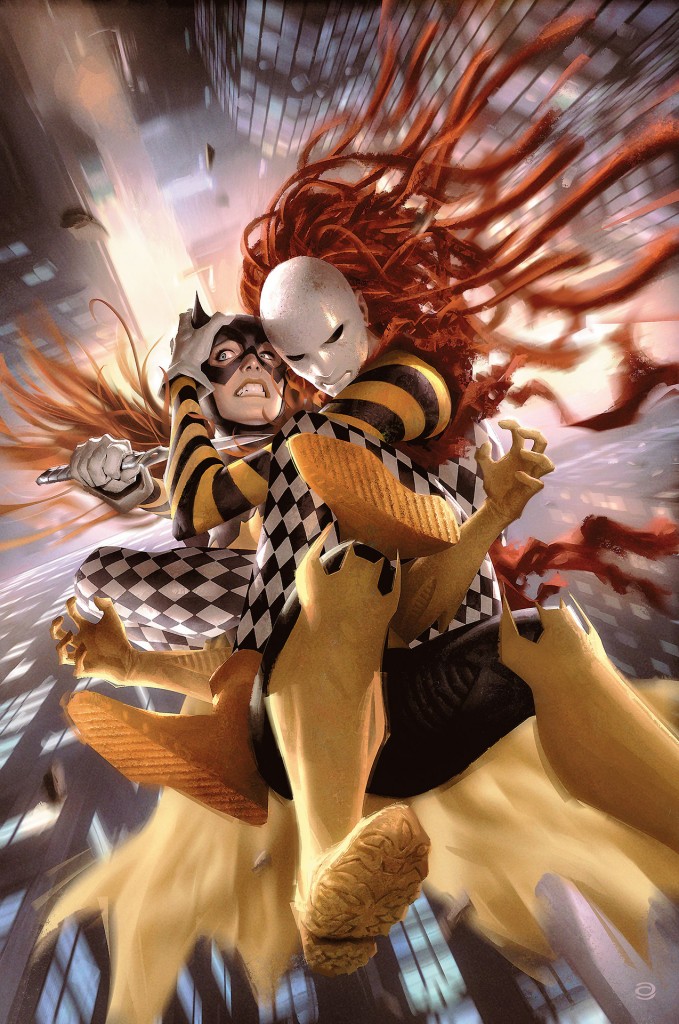 Alex Garner’s series of covers for Batgirl have been consistently phenomenal. Stunning examples of how comic book covers should look, issue #31 is no exception, featuring a free-falling Batgirl and Ragdoll locked in close-quarters battle as they plummet towards the onrushing city below. It’s got action, drama, excitement and peril in abundance, all wrapped up in Alex’s beautiful painted style.

Congrats to Alex and DC, they get the paper crown this week! 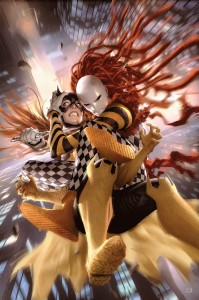