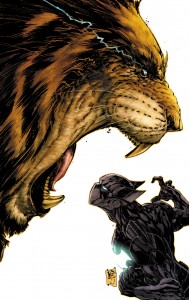 Ken Lashley’s Batwing #21 cover features a fantastic example of of scale, as Lion-Mane’s huge head bears down on Lucas Fox. Set against a stark white background, this is very eye-catching! 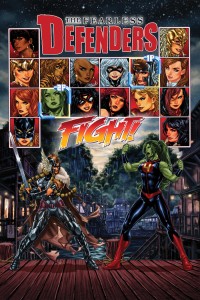 Mark Brooks is producing the most interesting series of covers with Fearless Defenders. Following on from the action figure cover and the paper doll cover, we have the Street Fighter cover, mimicking the infamous videogame to perfection. Absolutely superb! 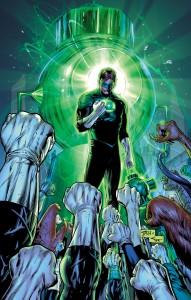 Billy Tan has produced the first truly iconic cover for the New 52 relaunch of Green Lantern. Issue #21 focuses on Hal Jordan standing before a huge, glowing lantern, with the fists of the Corps triumphantly punching the air in the foreground. It’s the beginning of a new chapter for Hal, and the cover is the perfect hero-shot to lead off with… 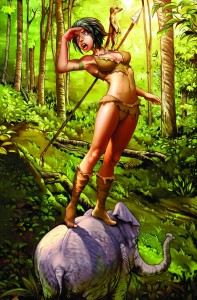 We have a female Mowglii, standing on a elephant, with a desert dwelling meerkat on her shoulder, in the jungle. What’s not to love about Ivan Nunes awesome second cover to Grimm Fairy Tales’ Jungle Book #4? 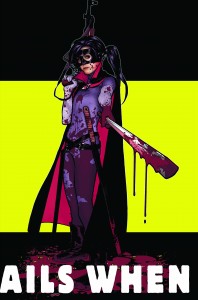 So Kick-Ass 3 debuted this week with a veritable bagsworth of covers. Our pick of the punch-bunch is Adam Hughes’ mature take on Hit-Girl.

And in pole-position this week? 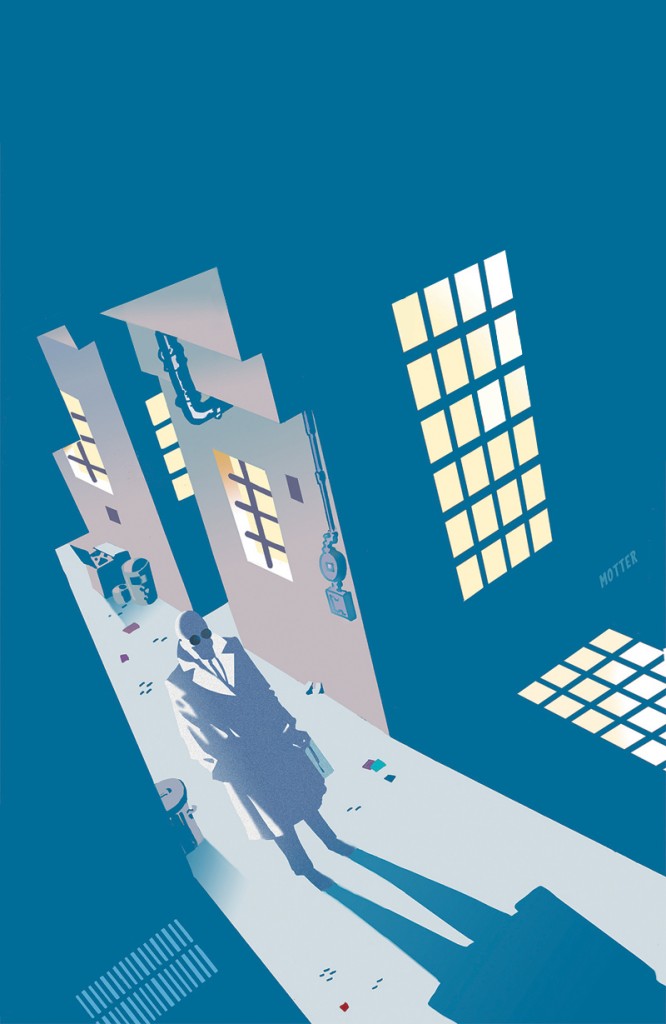 It’s Dean Motter’s Mister X from Dark Horse! This uber-stylized cover’s all about the shadows and super-sharp angles as we see the titular hero standing in an alley, illuminated only by light pouring out behind and onto the street in front, while the limited, pastel palette works well against the strong blue hue of the shadows. Sharp, indeed.

Congrats to Dean and Dark Horse, they get the paper crown this week! 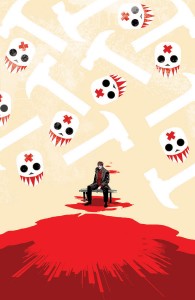 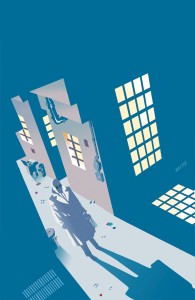