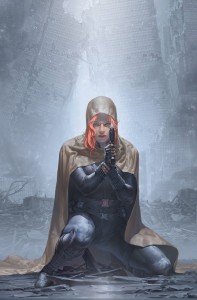 The ‘Age Of Ultron’ rolls into issue #2, and the variant cover features the beautiful Black Widow art seen on the promotional material by Jung-Geun Yoon. It’s a great portrait of a hooded Natasha Romanova, crouched amongst the debris of a broken city. The buildings lean to almost form a spotlight above her, adding an air of isolation which juxtaposes the clear determination on her face. 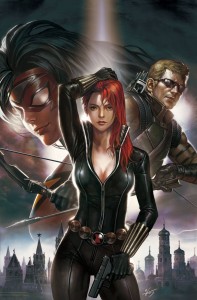 …and the Black Widow features prominently on our second selection for this week – another variant cover, this time for ‘Avengers Assemble #13’. Artist In-Hyuk Lee has produced a great image showcasing the Widow in the foreground, with portraits of Hawkeye and Spider-Woman set above the Russian skyline. 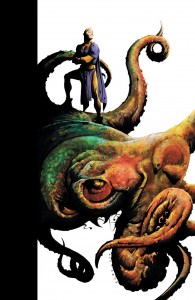 The concluding part of the Ozymandias mini-series ties together a number of loose ends and leads the reader straight into ‘Watchmen’. Rather fittingly, the cover features Ozy atop a monster which will be familiar to anyone that has read the aforementioned masterpiece. A stunning entry from Jae Lee, we can liken this prequel image of Ozy and the squid to seeing the posters of a young Anakin Skywalker with Darth Vader’s shadow on the posters for ‘Star Wars: Episode I’. Eerie!

More on ‘Star Wars’ later on… 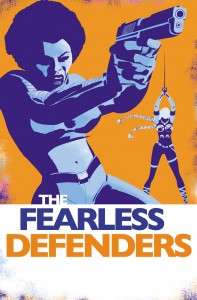 Marcos Martin’s fabulous variant cover for Fearless Defenders #2 conjures up recollections of vintage blaxploitation movie posters thanks to a great use of solid block colours and elements of wear and tear. A bold image that really stands out from the crowd.

More on ‘Fearless Defenders’ later on… 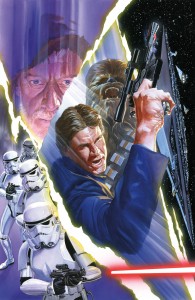 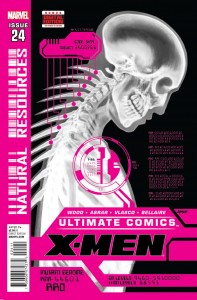 Using copious amounts of magenta usually works well in the world of the four-colour printing process, and Dave Johnson has utilized it in a fine manner for ‘Ultimate Comics: X-Men #24’. Coupled with a strong black and white image and an inventive placing of the cover details, Dave has produced one of the brightest covers on display. 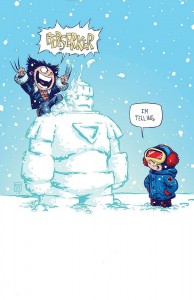 Skottie Young’s Marvel variant covers continue to be very popular indeed, and his take on ‘Wolverine #1’ has earned him a place on this week’s shortlist. This humorous front succeeds thanks to Cyclop’s all-too familiar, deadpan response to Logan’s berserker rage. We’ve all heard that one before, surely.

As we reveal our Cover Of The Week, more about those ‘Fearless Defenders’… 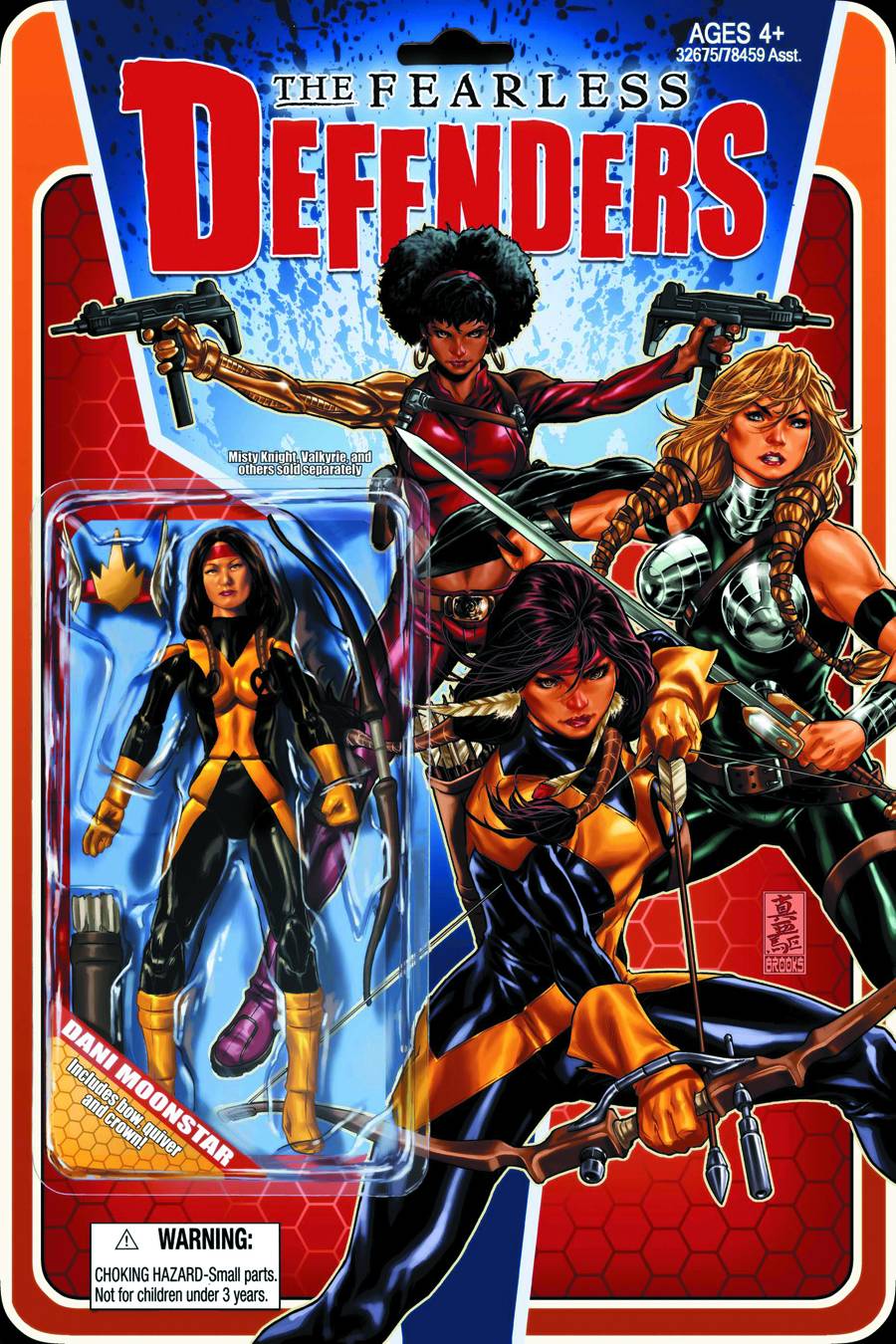 A fabulous cover using an idea seen before, but executed so well that we were double-taking to make sure it wasn’t a photo.

On his deviantART site, Mark said: “This issue is the debut of Dani Moonstar into the team so I wanted to do something that announces her arrival and is very eye catching as well so I thought an action figure package would be a cool idea and create a cool illusion for the cover. I wanted to go very realistic with the action figure part so I tried to make it look as convincing as possible.”

A worthy winner of the title!

@ace_comics Wow, thanks so much! 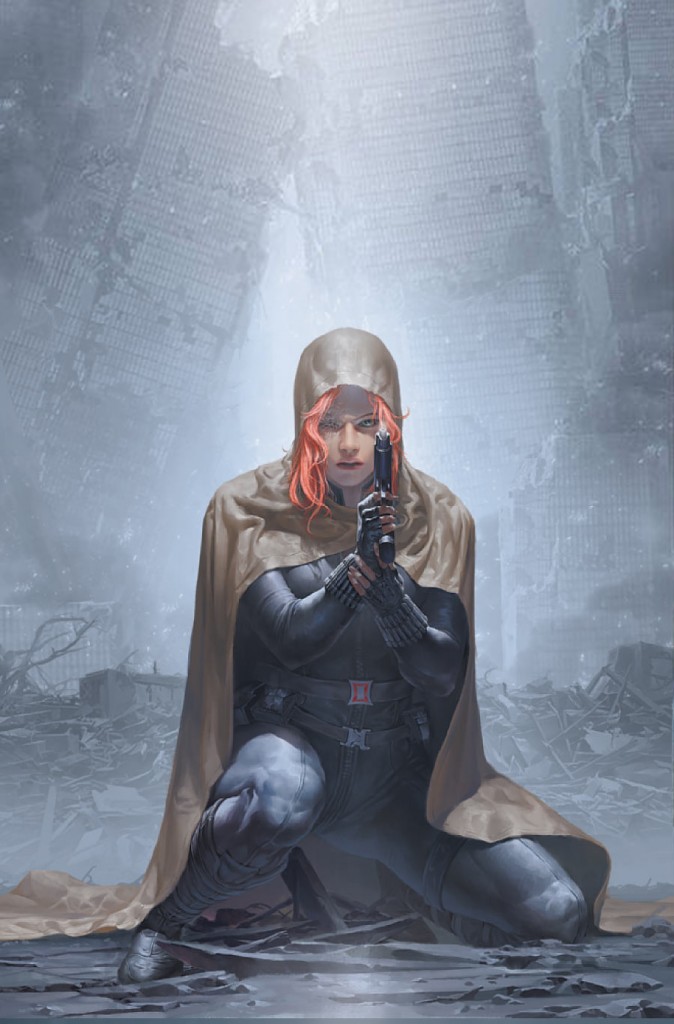 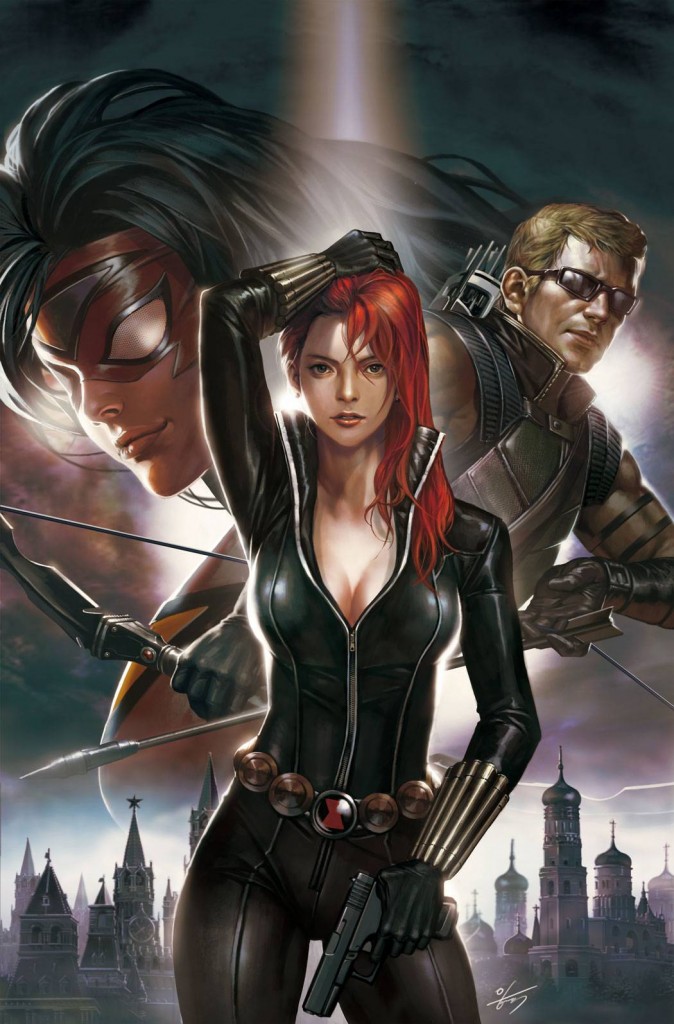 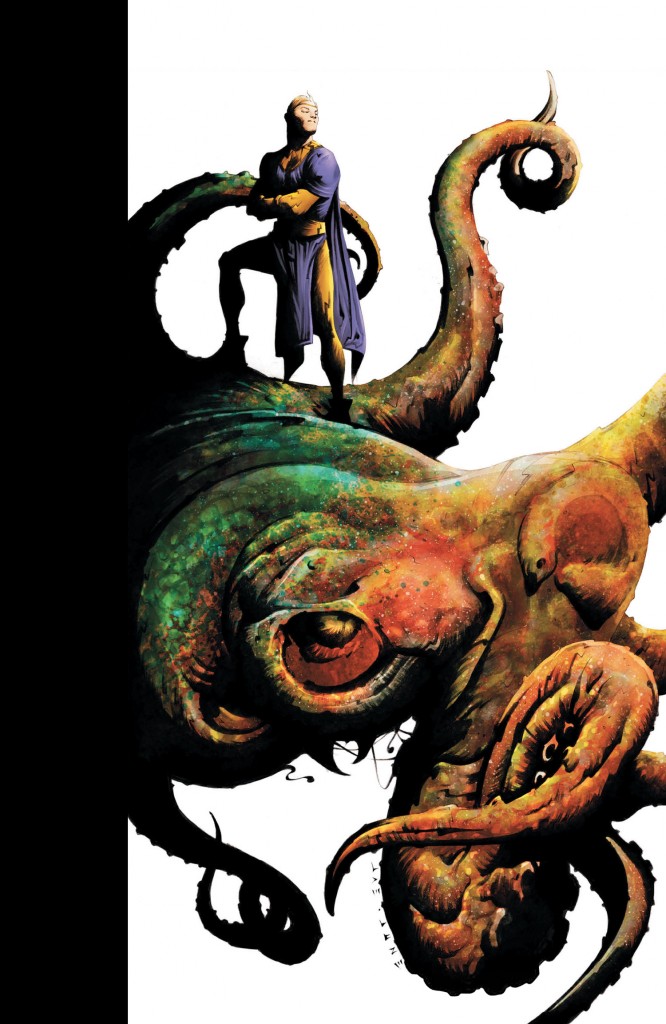 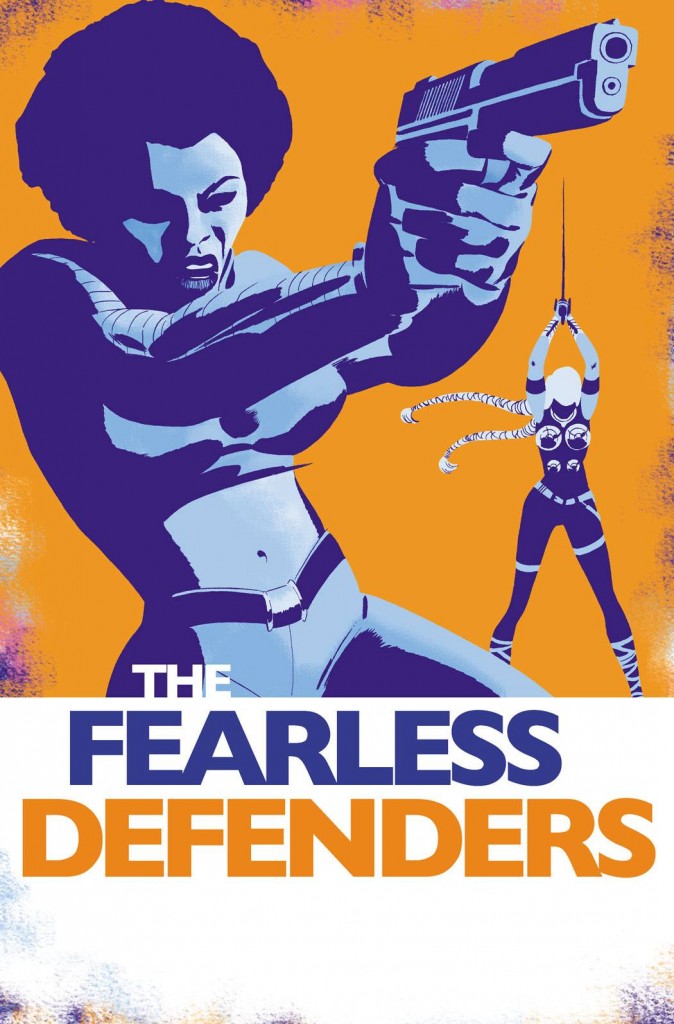 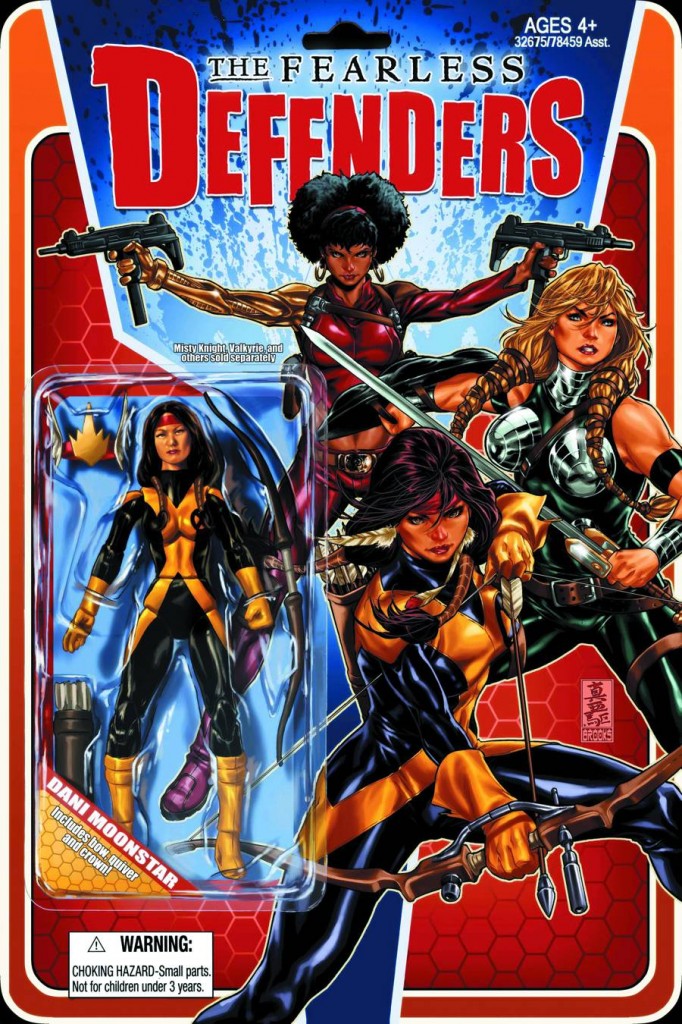 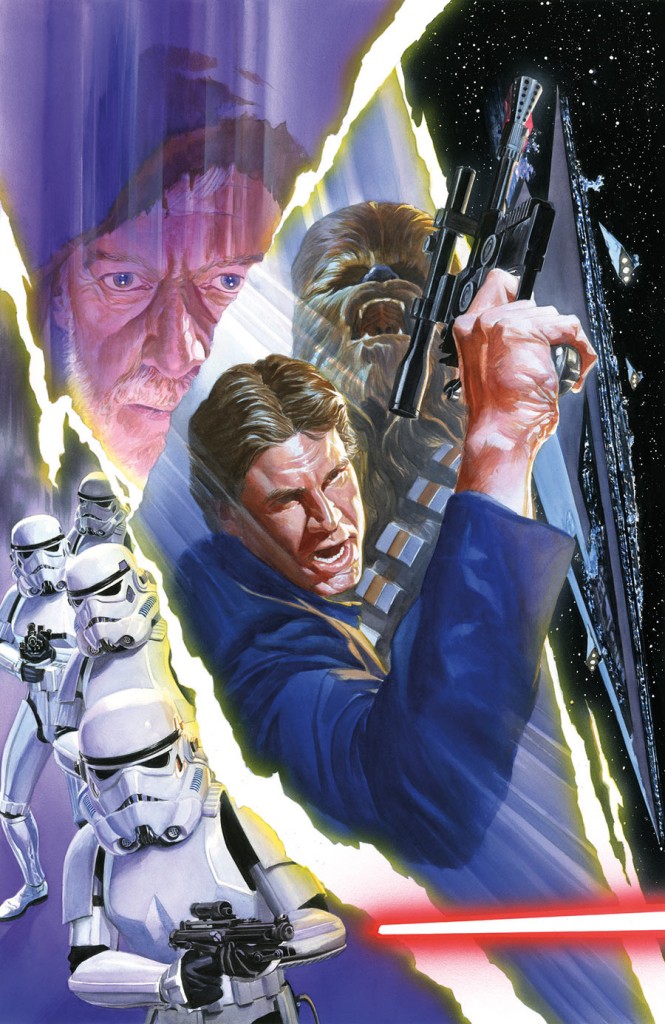 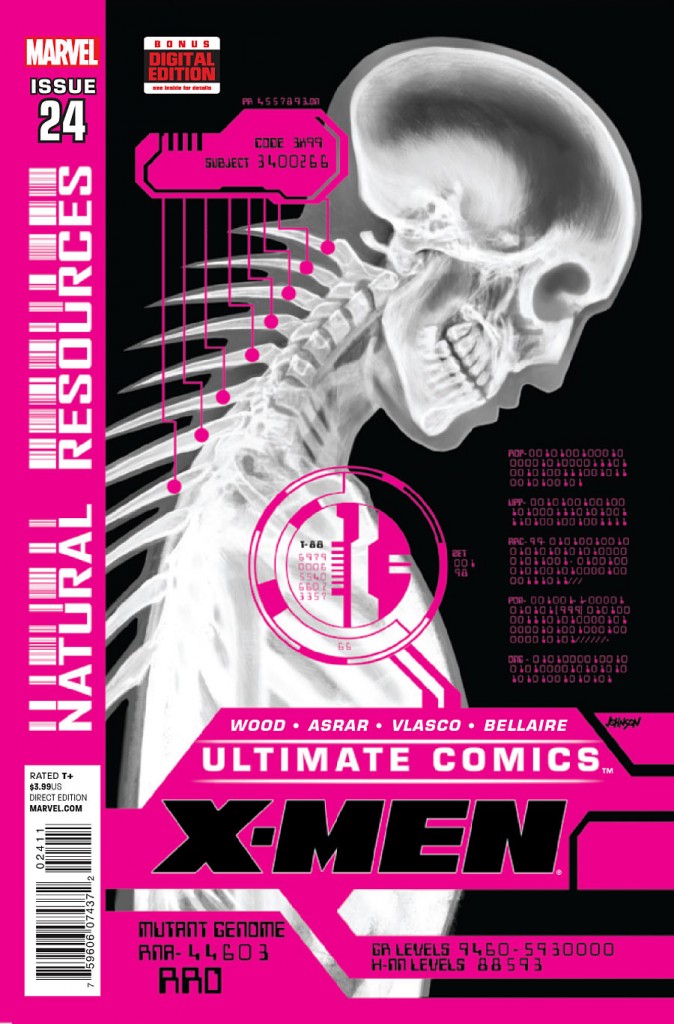 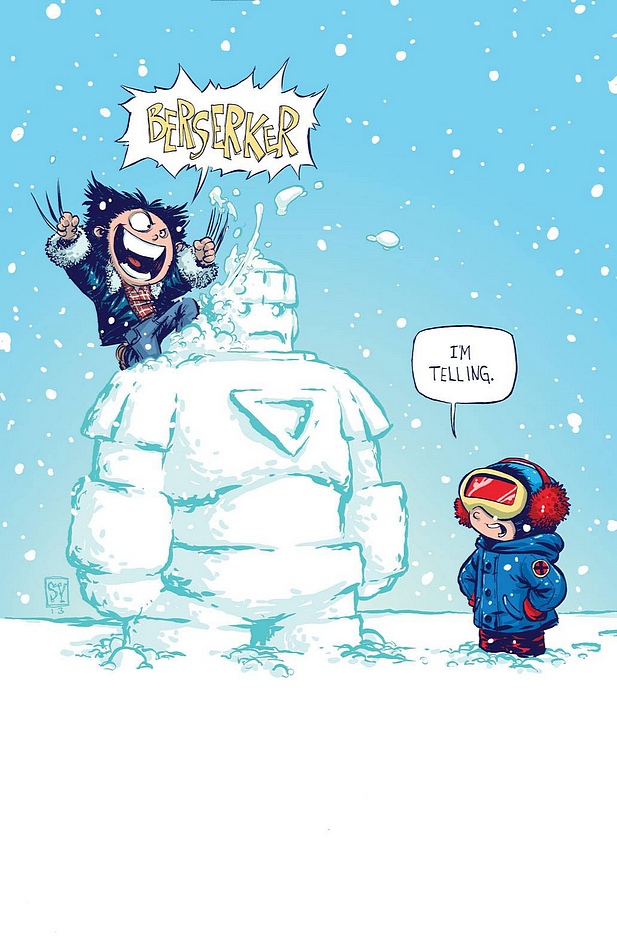