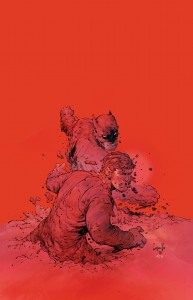 Greg Capullo has produced yet another great Batman cover this week. #20 features a rather muddy Batman fighting a rather muddy Bruce Wayne. If you read the issue all will become clear, but it’s a fabulous cover that represents the content of the comic well and plays to the curiosity of the reader, encouraging you find out just what is going on inside. 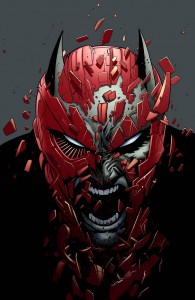 With a running name change based on his foil in the story, this is essentially Batman and Robin #20. But Red Hood has replaced the Boy Wonder in the moniker and the cover features a furious and raging Batman breaking out from the shell of the Red Hood helmet courtesy of Patrick Gleason, who has created an intense and powerful image of the Dark Knight. 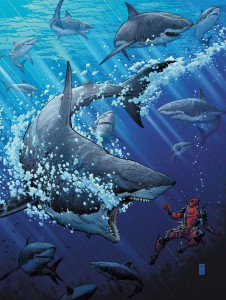 There’s not many things on this planet cooler than sharks. Other than a whole bunch of sharks. That are massive. And drawn by the legendary Art Adams. 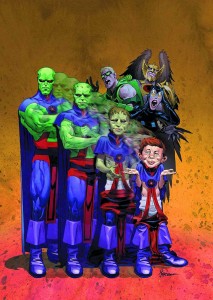 The Herman Mejia variant cover for Justice League Of America #3 features J’onn J’onzz morphing into none other than Alfred E. Neuman from Mad Magazine, much to the dismay of the onlooking Green Arrow, Hawkman and Catwoman. It’s hard to tell which is the more frightening appearance! Mad? Absolutely. 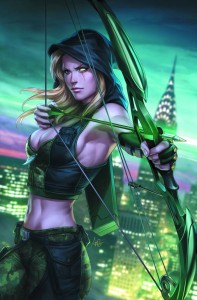 Zenescope’s Robyn Hood returned to the shelves this week with no less than three covers to choose from. We really like Stanley “Artgerm” Lau’s main cover – it’s a beautiful interpretation of Robyn backed by a blurred vision of New York City. A classic hero front. 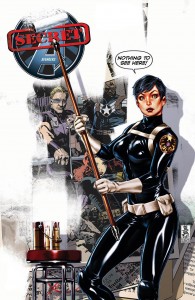 Mark Brooks gets a first mention this week for his great variant cover for Secret Avengers #4, where Maria Hill is busy whitewashing over the cover to Secret Avengers #1. It’s a really smart idea executed to perfection with Brook’s incredible attention to detail. 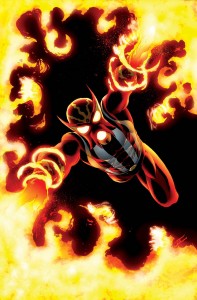 The POV cover is something we see a lot of, but John Cassaday’s cover for Uncanny Avengers works better than many. The image of Sunfire hurtling towards us, engulfing most of our peripheral vison in flame is really effective, thanks to Cassaday’s artistic execution. On the retail version, the flames are also cosuming the series title as well, which is a really clever way to incorporate the logo. 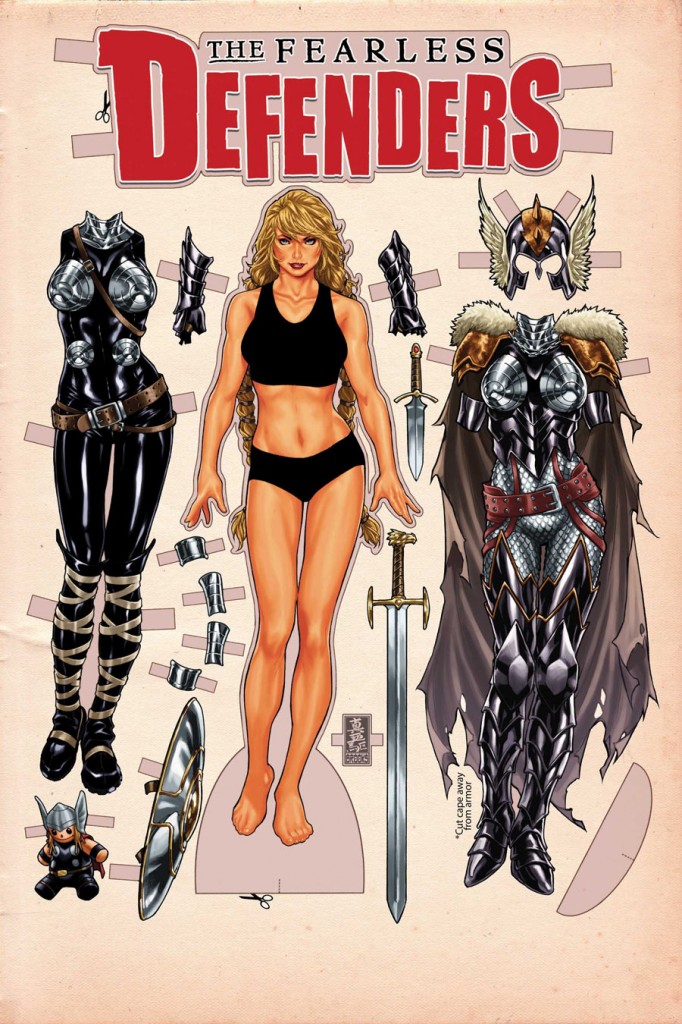 Everything about Mark Brook’s cover for Fearless Defenders #4 is fabulous, from the idea of the cutout paper doll, to the well-crafted artwork including ingenious accessories and the authentic appearance of the paper! This is Mark’s second Cover Of The Week win following his Fearless Defenders #2 cover in week 11, and with his attention to detail and obvious talent, we doubt it will be his last. 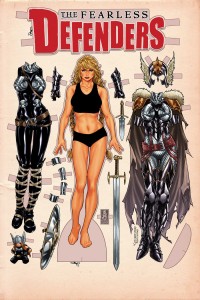