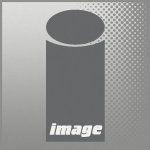 Back on April first at Emerald City Comicon, Robert Kirkman and Chris Giarrusso revealed ‘The Walking Dead’ for Kids. This was to be a panel-by-panel recreation of the original issues with Kirkman’s scripts and child-targeted art from Giarrusso. The project was quite obviously an April Fool’s Day joke. However, this joke has some element of […]