Who Rules The Night 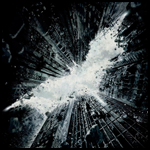 Providing the inspiration behind Christopher Nolan’s third Batman movie The Dark Knight Rises, Knightfall began in Batman #491, published in April 1993. The story tells of Bane, a physically strong Santa Priscan genius, powered by a ‘super-steroid’ called Venom, and his plans to ‘break’ the Batman through an elaborate plan of weakening him first by […]