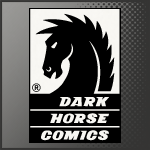 Dark Horse comics have partnered with US broadcaster TNT to produce another digital comic for ‘Falling Skies’, the hit TV show starring Noah Wyle set in a world suffering the aftermath of an alien invasion. ‘Falling Skies: The Battle of Fitchburg’ will be bridging the gap between the end of the first series of ‘Falling […]