Dark Horse comics have partnered with US broadcaster TNT to produce another digital comic for ‘Falling Skies’, the hit TV show starring Noah Wyle set in a world suffering the aftermath of an alien invasion.

‘Falling Skies: The Battle of Fitchburg’ will be bridging the gap between the end of the first series of ‘Falling Skies’ and the beginning of season two, which debuts in the US on June 17th and will be available via fallingskies.com and Dark Horse Digital. 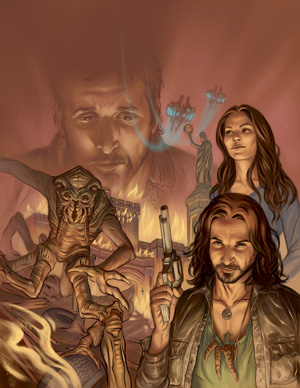