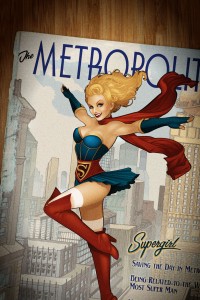 DC‘s Bombshell covers kicked off this week with Action Comics, Green Lantern and Earth 2. Of the three titles, we think Ant Lucia‘s retro Supergirl of the front of Action Comics is simply swingin’! 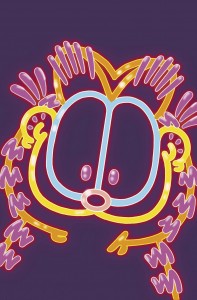 Garfield appears once again in Cover Of The Week! Gary Barker‘s simple, but effective art has the instantly recognisable face of the beloved feline highlighted as a neon sign, which draws attention on the comic store shelves incredibly well. 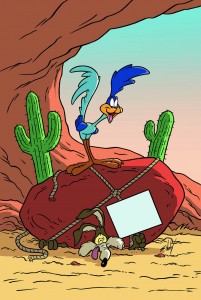 The Looney Tunes are big favourites at ACE Comics and we couldn’t pass up the opportunity of including this fabulous Scott Neely portrait of possibly the funniest characters of the lot – Wile E. Coyote and Roadrunner – in the Cover Of The Week shortlist. 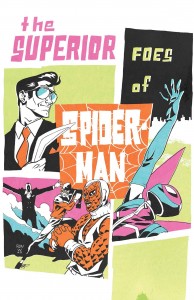 Ronald Wimberly‘s Superior Foes Of Spider-Man cover is another stylish, retro front on display this week, featuring five foes (including a cool, coiffeured Boomerang) in a garishly coloured collage composition, 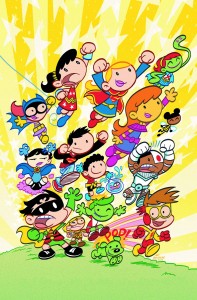 TINY TITANS: RETURN TO THE TREEHOUSE #1
Cover by ART BALTAZAR

Art Baltazar rivals Skottie Young for illustrating the cutest versions of our favourite superheroes, and on the front of Tiny Titans: Return To The Treehouse #1, we’ve got fourteen of ’em! …and a fish. 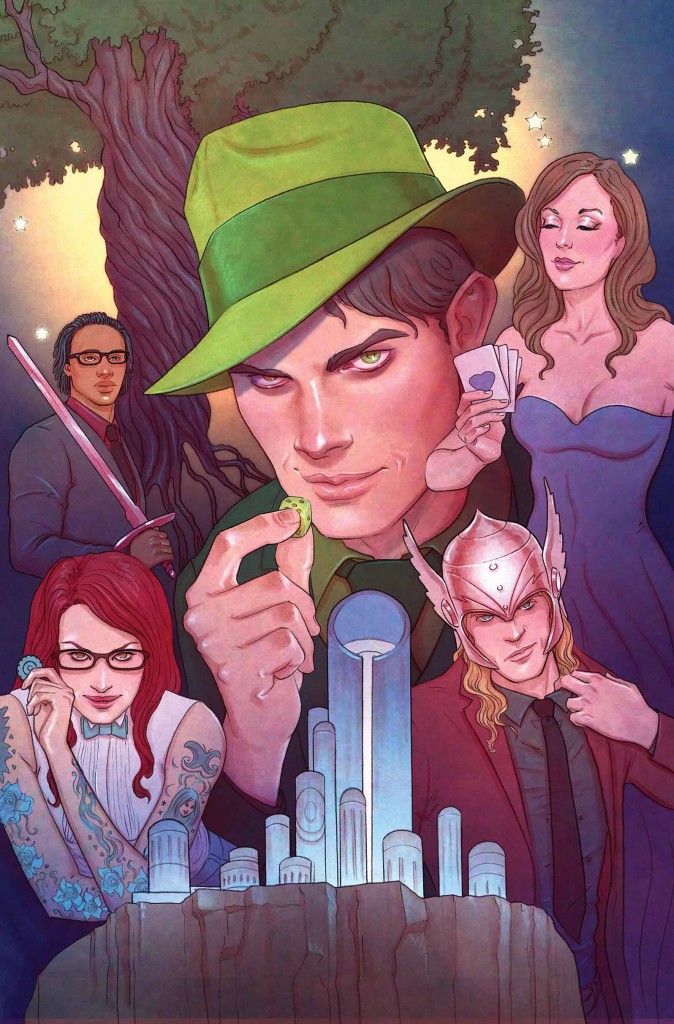 For the second time in 2014, Jenny Frison wins Cover Of The Week! In Week #14 Jenny won with a Red Sonja Cover for Dynamite, but this time it’s with this brilliant Loki – Agent Of Asgard cover for Marvel. Suited and booted holding playing cards, poker chips and dice in their hands, the image of the Asgardian and his supporting cast set around the towers of Asgardia perfectly captures the idea of the gamble they’re taking on the pages inside!

Congrats to Jenny and Marvel, they get the paper crown this week! 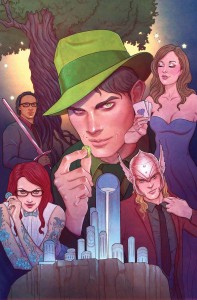