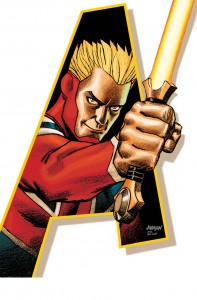 Dave Johnson seems to make regular appearances in our best covers lists, and this week he’s back with a great Avengers Arena cover for #5. An eye-catching image that makes great use of the familiarity of ‘A Clockwork Orange’. Nice. 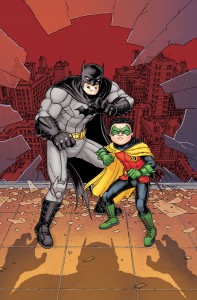 This, now landmark, issue has given us a great variant cover from Chris Burnham, with a classic p.o.v. take on Batman and Robin readying themselves for a fight, perhaps made all the more poignant following the events of the book. 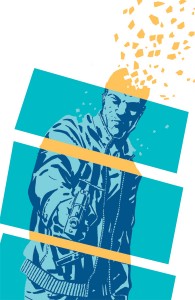 This Image title has featured a consistent run of attractive covers that set themselves apart from a lot of the competition for shelf space and Michael Walsh has delivered another fine example for issue #4 with block colours, stark white space and stylized imagery working perfectly. 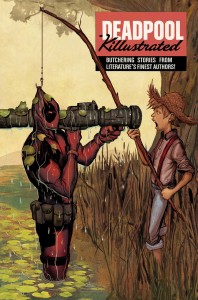 Mike Del Mundo’s Deadpool Killustrated #1 cover featured in our best covers for week 4, and issue #2 has done it again. It’s one thing to depict the Merc-With-A-Mouth taking on literary characters, but these covers have been gived a gorgeous ‘classic literature’ styling and the fact that Deadpool’s bazooka is mere inches away from Huck Finn’s nose is comedy genius. That’s fried gold, right there! 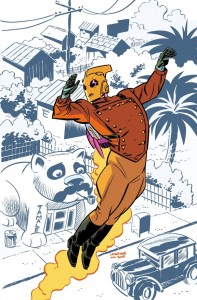 There was a lot of love for this Roger Langridge variant for the Rocketeer: Hollywood Horror #1 from our eBay dept this week, with comment of it being “very Darwyn Cooke-y”. It’s a great front using a mixture of colour, black and white, and just the right amount of charicature! 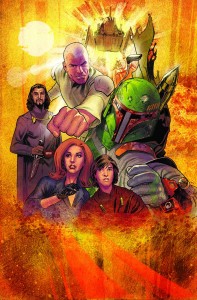 Stéphane Roux has produced the most ‘Star-Wars-y’ Star Wars covers for any of the comic series or mini-series with her work on Star Wars: Agents Of The Empire – Hard Targets. Issue #5 features the same movie-poster style and great composition, featuring a puch-up with Boba Fett! Think someone’s gonna end up as Bantha pudu! 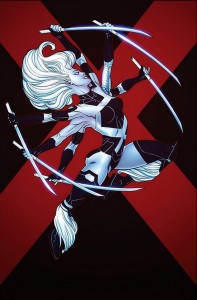 There was a great main cover for Uncanny X-Force this week, but the variant by Ed McGuiness and Morry Hollowell has knocked it off of our list. It’s a fantastic design featuring Spiral, circling an arsenal of blades in shades of blue, set against a deep red ‘X’. A simple, yet really nice cover.

The winner was almost Deadpool Killustrated #2 this week. Almost. 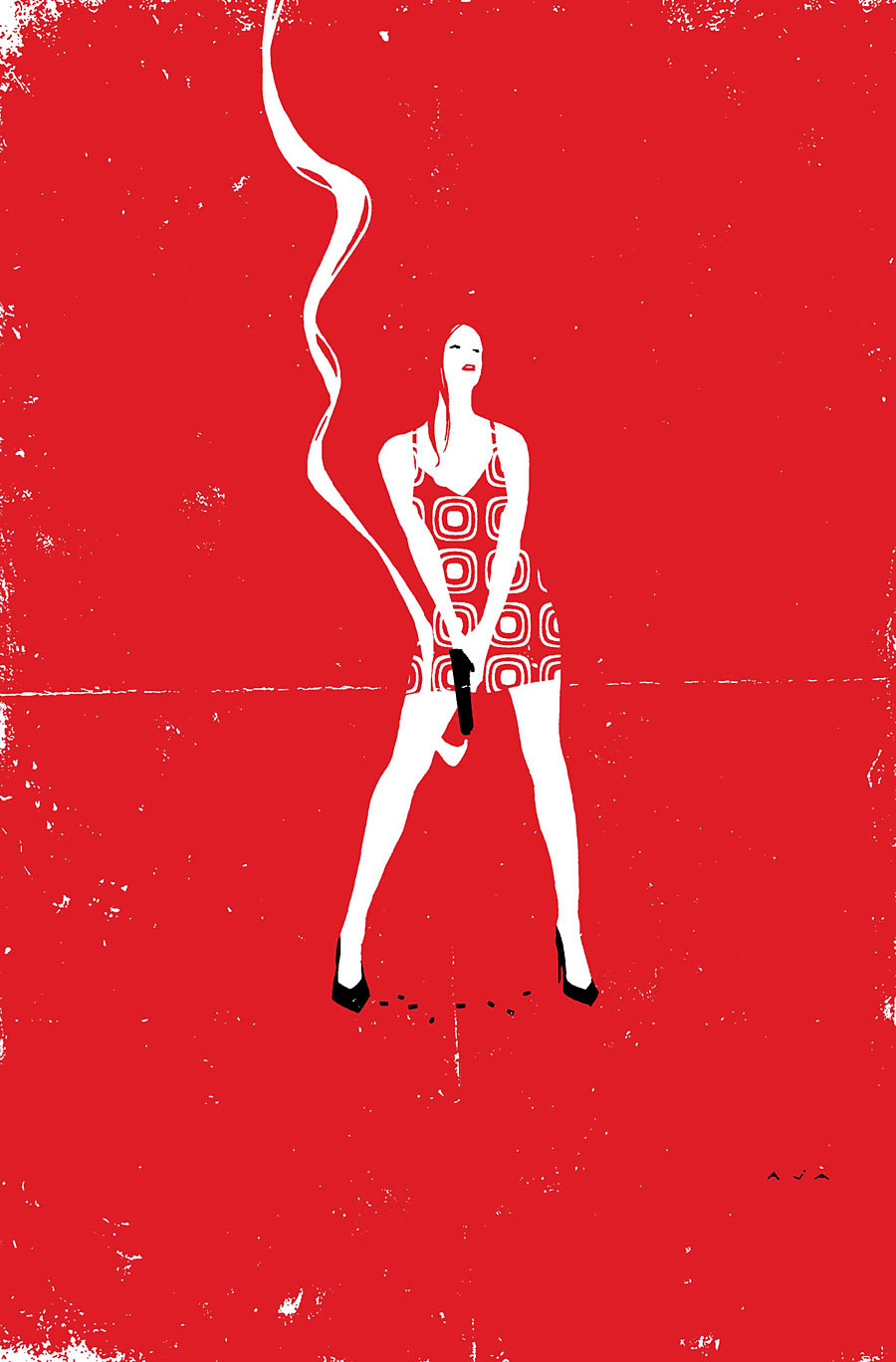 Twang! David Aja has hit the bullseye for week #9 with his arresting cover for Hawkeye #8. Three colours, minimalism, a bit of ‘stressing’ and real skill with the pencils all add up to a fantastic, stylish image that just oozes cool. This is a beautiful piece of art in it’s own right, let alone the cover of a (rather good) comic book. We like!

Congrats to David and Marvel, they get the paper crown this week! 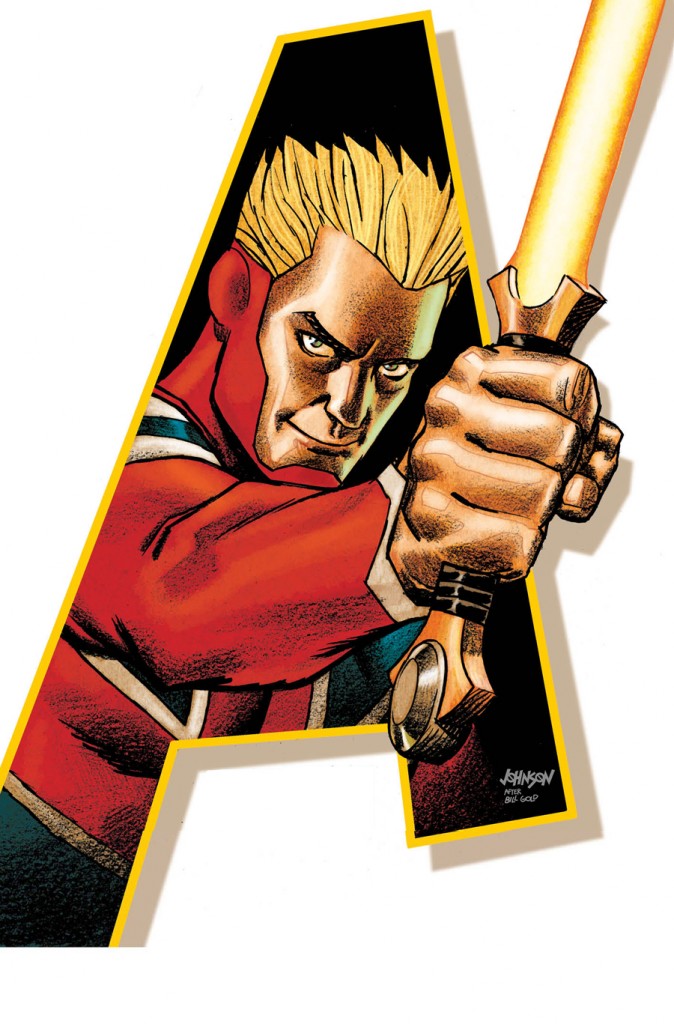 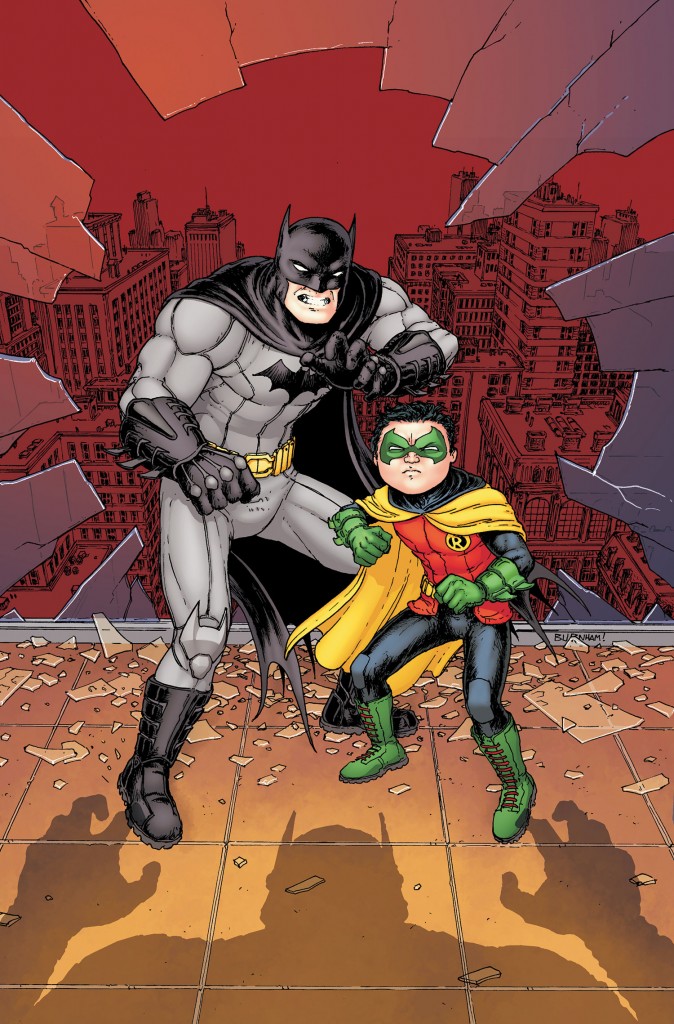 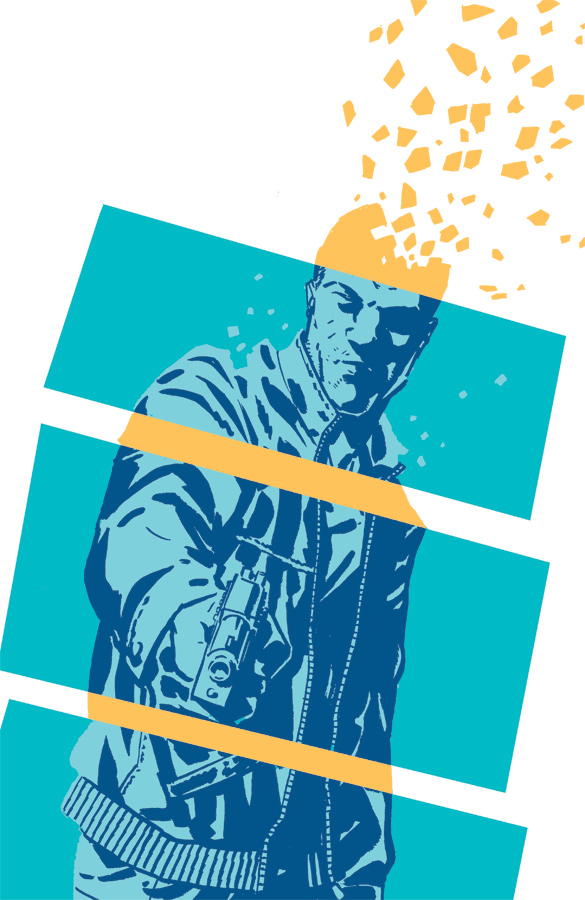 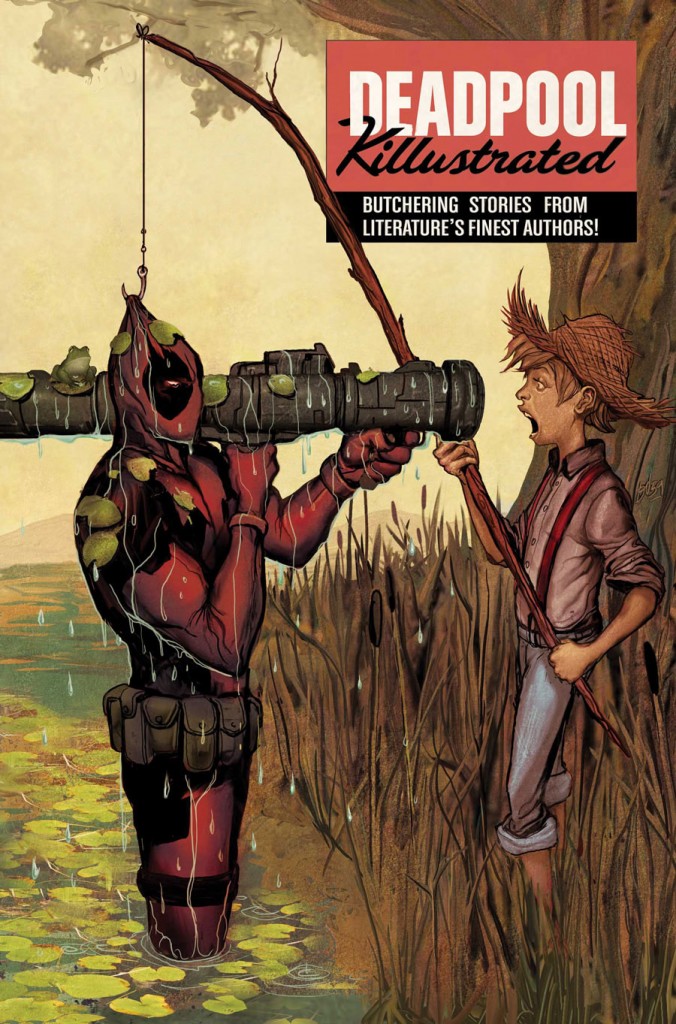 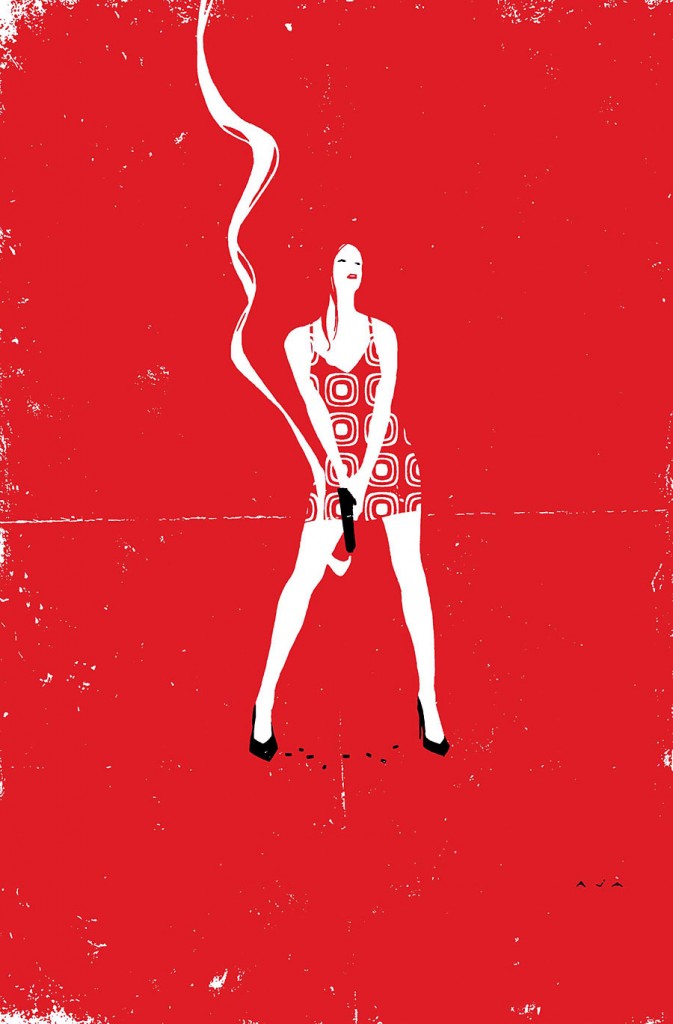 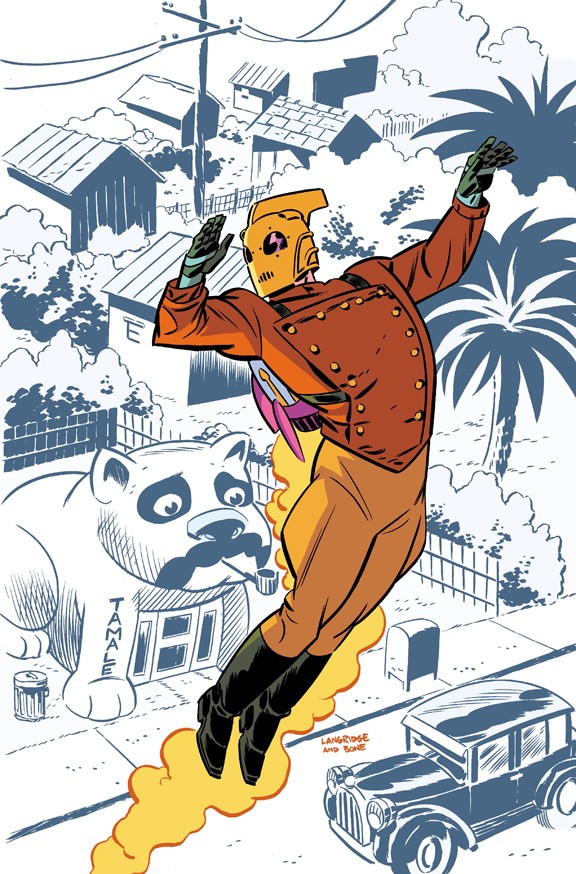 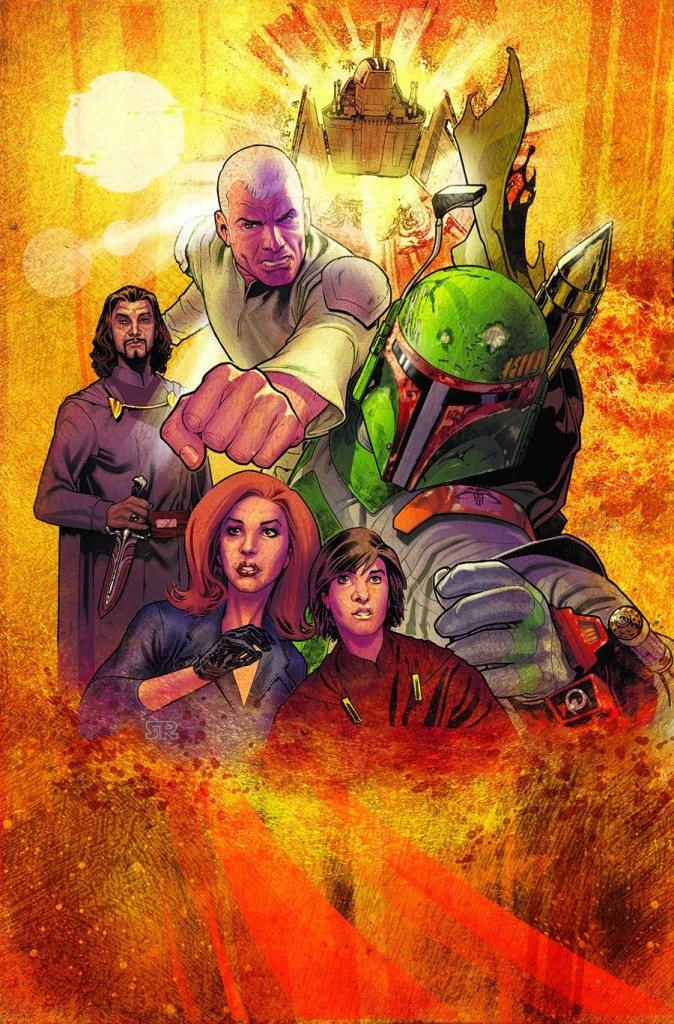 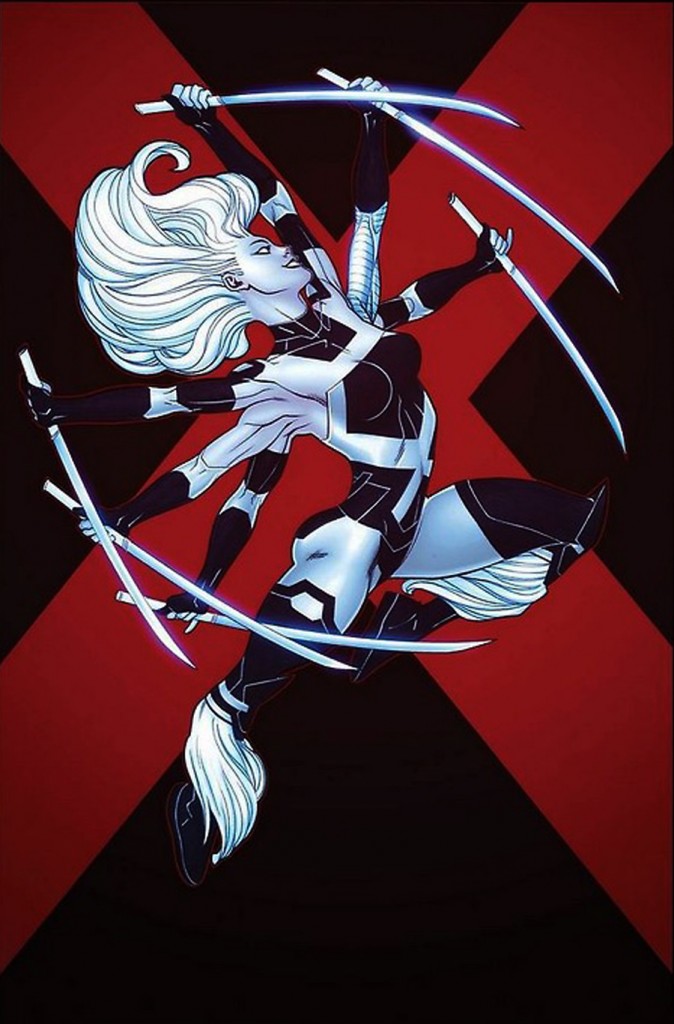