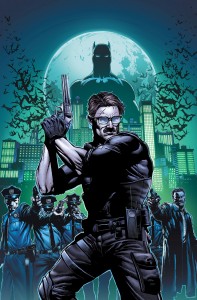 It’s fantastic to see Jim Gordon taking centre stage on Jason Fabok’s dramatic cover to ‘Detective Comics #25’. Okay, so the Batman looms over him in the image, but Gotham City’s #1 cop deserves a bit of the limelight, and this is easily one of the best covers featuring Gordon, ever produced. 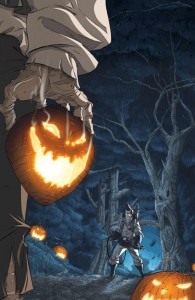 Dan Schoening’s work on the ‘Ghostbusters’ series is unparalleled. His unique style has become de facto for the boys in grey, and his wonderful cover for issue #9 is part of an extended ‘Happy Horror Holidays’ piece. With clever use of perspective, light and shade, we get the real sense of danger as Egon takes on a creepy ghoul holding a rather scary looking, illuminated pumpkin. 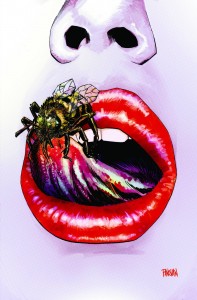 Acting as a fabulous, B-movie-esque poster for the tale contained within (‘Bee Vixens From Mars’), Dan Panosian’s front for ‘Grindhouse: Doors Open At Midnight #2’ is a real eye-catcher. Extreme close-ups of a woman’s lips always makes for a striking image, and the addition of the bee, perched at the tip of her tongue just adds to the mix of sex, danger, horror and excitement represented. 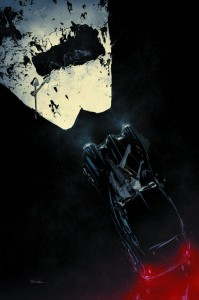 ‘Hit #3’ features a Ryan Sook cover that is both simple and brilliant. Mostly in shadow with the outline of a car visible, Sook uses the triangular beam of the headlights to make the corner image of the body bag in the grave, the main focus of the whole front. It’s the clever way that a single image can tell large parts of a story.

There’s an article on Sook’s Hit work on Comics Alliance that you may find interesting. Read it here. 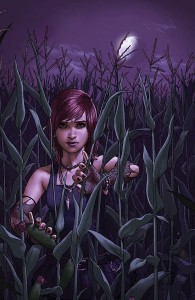 Rodin Esquejo won Cover Of The Week #17 with a Morning Glories front, and he’s back with another this week. Like the aforementioned winner, issue #34 is a simple idea – this time it’s Jade staring out from within a cornfield – that is executed incredibly well. The moonlight and shading combine with the central character and her surroundings to give this composition a real sense of mystery. 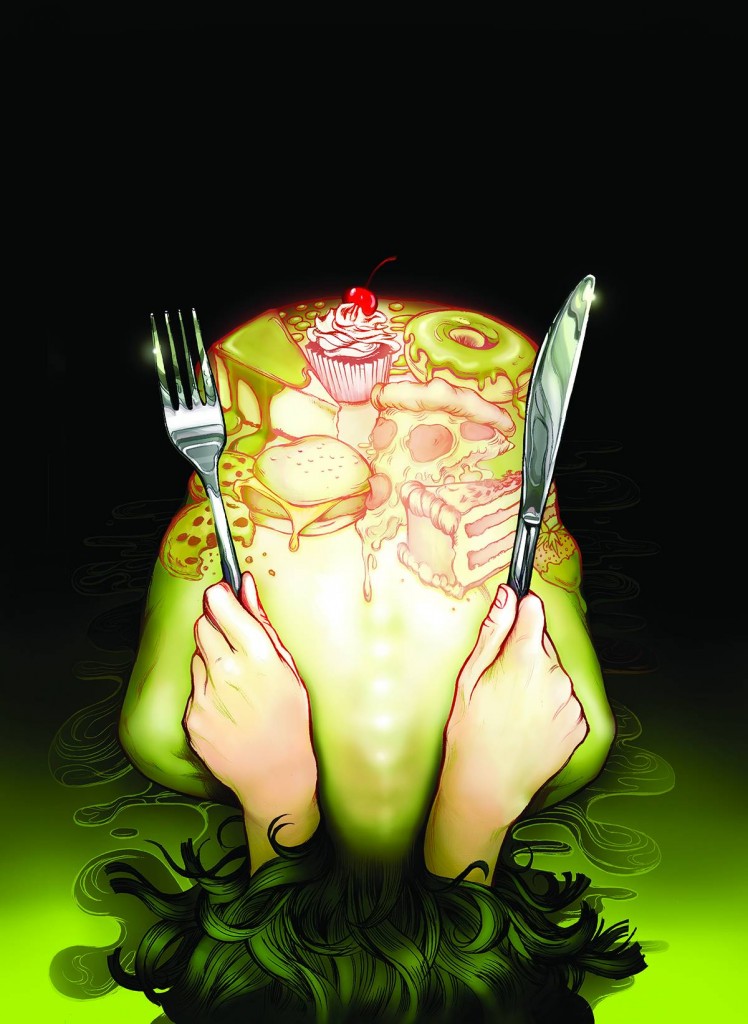 There’s a nice slice of surrealism on our winning cover this week, from Andrea Wicklund. Her front for ‘Victories #6’ has a dream-like image of D.D. hunched over with cutlery-wielding hands stretching up beneath her hair, about to gorge on the foods from D.D.’s dreamworld. Bold, bizarre and beautiful!

Congrats to Andrea and Dark Horse, they get the paper crown this week! 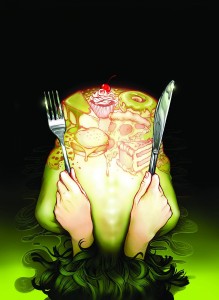