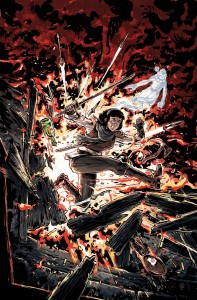 It’s all action in Michael Dialynas‘ exciting cover for Amala’s Blade #1! This beautifully rendered explosion with Amala leaping out also features a rare appearance on a comic book cover of a fried egg! Can you spot it? 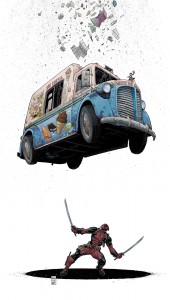 Deadpool‘s first appearance this week is on Arthur Adams‘ great cover for Deadpool #8, displaying a marvelous example of comic timing as well as Adams’ trademark eye for detail. 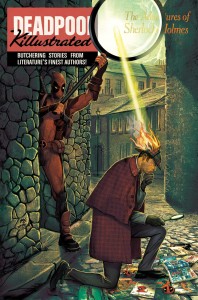 Deadpool Killustrated #4 has the merc-with-a-mouth inflicting some fiery damage to the world’s greatest detective, Sherlock Holmes. Mike Del Mundo‘s covers for this series have been exquisite, and this issue is no exception. 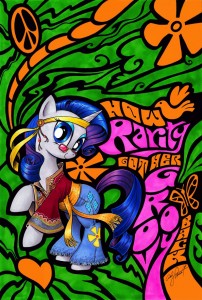 Andy Price‘s cover for the My Little Pony Micro Series Rarity issue is a really nice deviation from the usual theme, incorporating the unicorn’s sense of style and presentation in a wonderful, psychedelic image. Groovy, indeed. 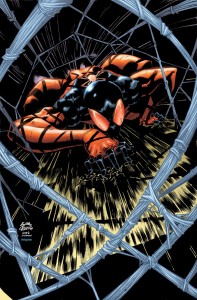 The Scarlet Spider cover for issue #16 is a bit special. Ryan Stegman has produced a fantastic front directly inspired by Superior Spider-Man #1, on which the cover artist was none other than …Ryan Stegman! It’s always interesting when an artist homages themselves, and even better when it’s done so well. 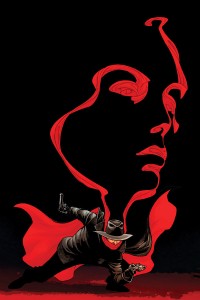 THE SHADOW #12
Cover by SEAN CHEN

Dynamite‘s Shadow series continues to have inspiring and unique covers, which is no mean feat when each issue comes with at least four variants! Our pick of the #12 covers is Sean Chen. Chen has made great use the Shadow’s scarf, which is an idea used previously by a number of other artists, but it’s the brilliant outline of a woman’s face that the scarf creates, which you simply have to admire. 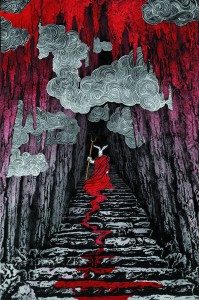 THE UNWRITTEN #48
Cover by YUKO SHIMIZU

A beautiful cover showcasing her use of Japanese style, Yuko Shimizu‘s cover for The Unwritten #48 is another mini-masterpiece.

Time for the winner then… 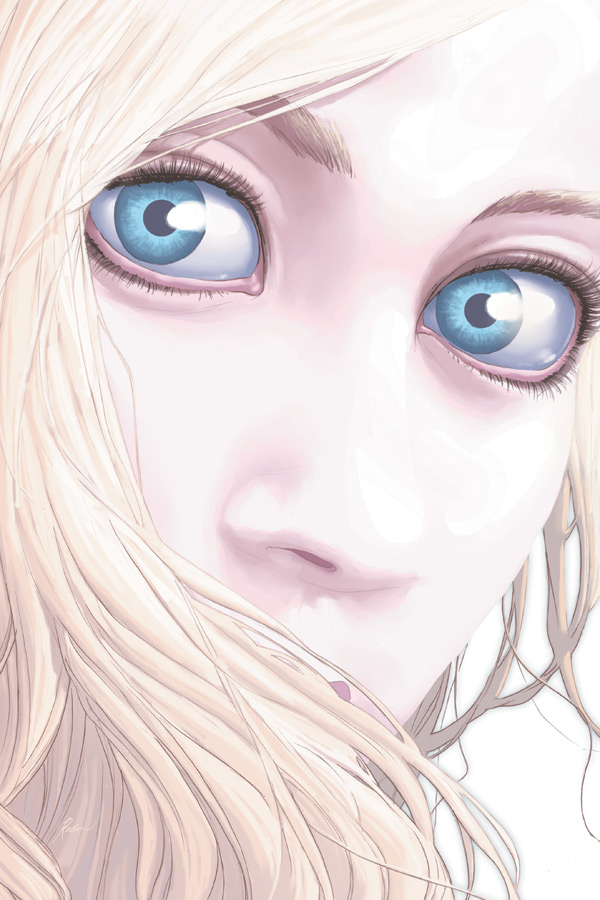 Rodin Esquejo‘s cover for Morning Glories #26 is outstanding. The simplest of ideas – a girl looking directly at the reader – mixed with minimal distractions and a stunning pair of big blue eyes had this title staring straight at us from the shelves. Really beautiful and a perfect representation of the adage ‘less is more’.

Congrats to Rodin and Image, they get the paper crown this week! 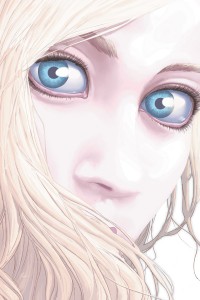