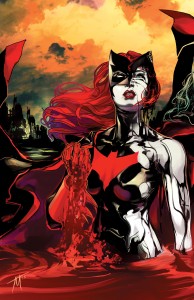 Another fine Batwoman cover from Trevor McCarthy, following his Cover Of The Week Winner in Week 12. The dreamlike image of Kate Kane’s oil-like Batwoman costume dripping away as she stands in a sea of blood is certainly eye-catching and goes on to reveal a more disturbing image in the full gatefold. 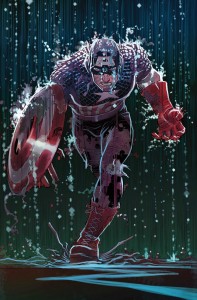 Apart from issue #1, Captain America #6 has John Romita Jr‘s best cover for this relaunched series so far. A portrait of Cap running straight for us with a determined look on his face, uses the familiar-yet-effective tool of rainfall to add drama. 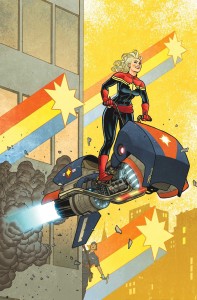 Joe Quinones great image of Carol Danvers smashing out of a building on her flying cycle is great. Captain Marvel has had consistently good covers throughout the series, and #12 is no different. A superb, stylized piece enhanced by the Marvel Stars following the Captain as she flies. Plus, there’s never enough window cleaners in comics! 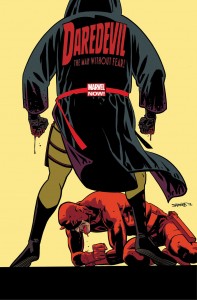 Chris Samnee shows a real talent for an organic use of the series title on Daredevil #25, as it adorns the back of the boxer’s robe while he stands over a battered Daredevil. The Marvel NOW! box is even tagged onto his belt and the colour palette, which is a mix of Daredevil’s first and second costumes, compliments the art perfectly. 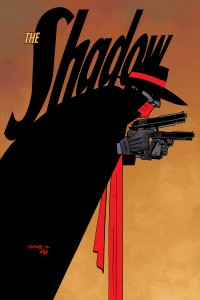 THE SHADOW: YEAR ONE #2
Cover by CHRIS SAMNEE

Chris Samnee shows a real talent for an organic use of the… hang on. Haven’t we just said this? Samnee is at it for a second time this week with The Shadow: Year One #2. A superb use of the perspective curve at the bottom of the Shadow logo and a block-shaded interpretation of the Shadow himself, we think it’s great! 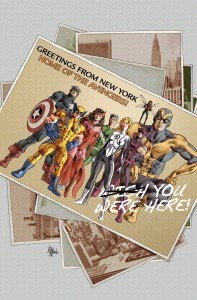 WOLVERINE AND THE X-MEN #27AU
Cover by MIKE DEODATO

The image-within-the-image method is displayed with style by Mike Deodato on Wolverine and the X-Men #27AU. This time it’s a team-shot on a New York postcard. 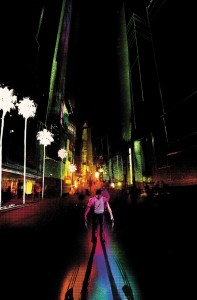 In a break from the familiar limited colour palette, Jock has used a technicolor range of hues along with his usual, heavy shadow, to illuminate Logan standing in the middle of a night-time LA street on the cover of Wolverine Max #6. This artwork would not look out of place hanging on a wall somewhere.

There can only be one, they say. And we say, righto. So we’ve gone for… 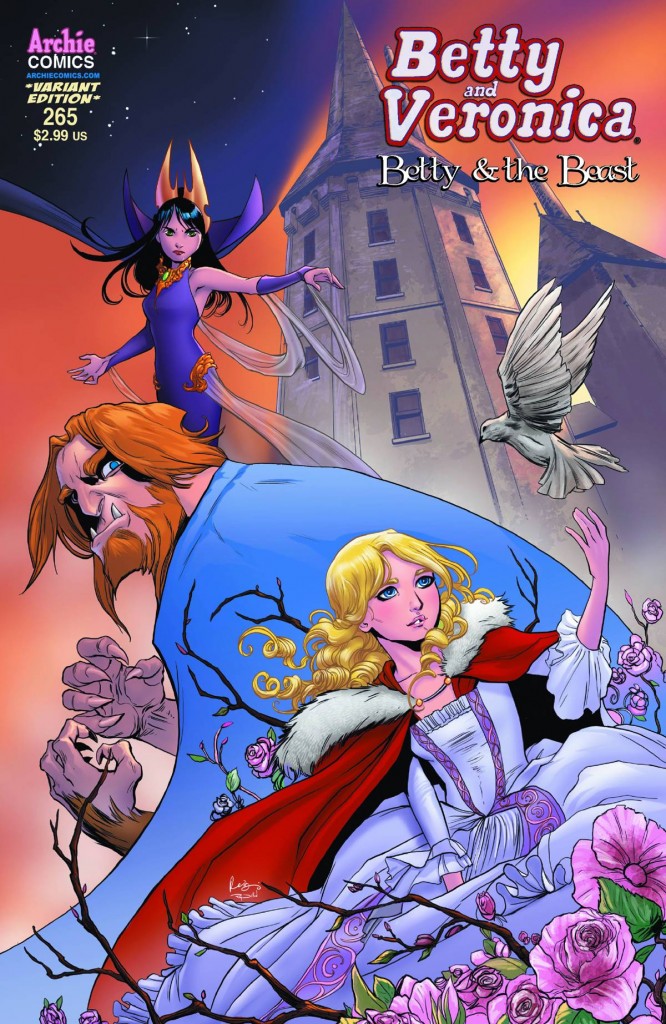 There have been a number of great, alternately styled covers to the Archie comics over the years, and we feel that Renae De Liz‘s art for the variant of Betty and Veronica #265 is right up there with the best! A beautiful, fairy tale composition, the cover gives a fresh perspective on familiar characters, and when the artist is the super-talented De Liz, it’s bound to look stunning.

Congrats to Renae and Archie, they get the paper crown this week! 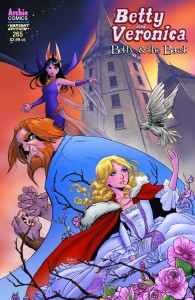