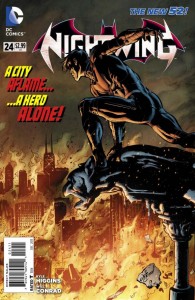 Who gets the last laugh? The Prankster vs. Nightwing! 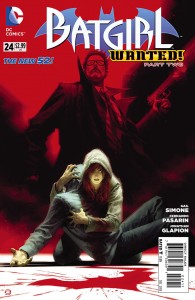 “Batgirl: Wanted” part two! Chased by her father and the police, and ravaged with guilt over the death of her brother, Barbara has given up her Batgirl identity! But tonight she is forced to take to the streets-with deadly consequences! 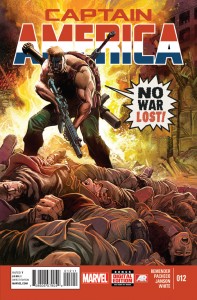 “Loose Nuke” Part 2. Nuke on a rampage! The Weapon Minus program revealed! Meet Dr. Mindbubble, the unbelievable Super Soldier created in the 1960s! 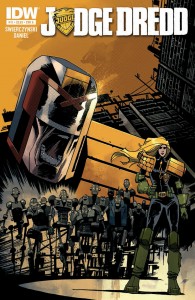 Into the Cursed Earth,” part 3-It’s tough living in irradiated flyover country. But it’s even tougher to fight your way through it-especially when a mutant hillbilly gang is after your Lawgiver, your Land Raider, and your multi-eyed precog partner, and well… your hide. (“It’s almost supper time, Paw!”) And what that’s rumbling in the hills? Something 250 million years old, and just itching for a comeback?
Judge Dredd’s nightmare road trip to save the soul(s) of Mega-City One continues here! Don’t miss out, creep! 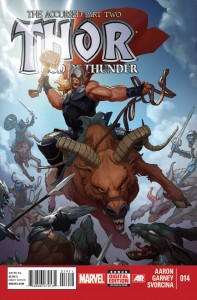 The Wild Hunt has begun! As Malekith the Accursed continues his bloody rampage across the Nine Realms, Thor finds new allies to aid him in the chase: A Dark Elf sorceress! A gun-toting Light Elf! A gargantuan Mountain Giant! A dwarf who loves dynamite! and a particularly surly troll..?! 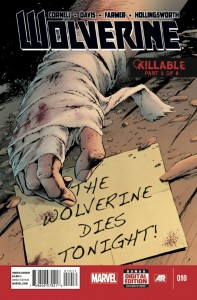 Part 3 of “Killable”! Who says you can’t go home? Logan and Kitty’s road trip heads north – to the grounds of the former Howlett estate! But more than bittersweet memories are waiting for Logan in the place he once called home. The ghosts of Logan’s Canadian childhood meet the demons of his adulthood as he continues to grapple with his new reality! 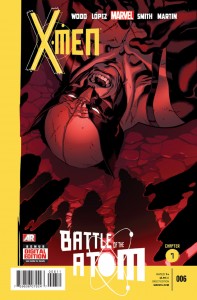 “X-Men: Battle Of The Atom” Part 7! Chaos at the Jean Grey School as the X-Men and Future X-Men are attacked! Rachel Grey is the only X-Man qualified to defeat the mystery opponents! 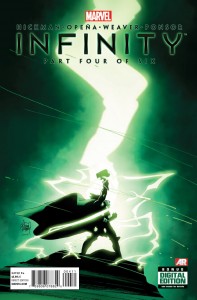 Negotiating the fall of worlds. The Illuminati versus Thanos. Thor, God of War. 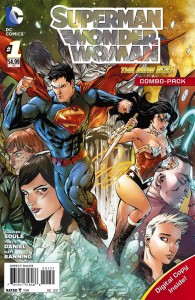 Beginning a bold new series that details the relationship between The Man of Steel and the Warrior Princess as rising star writer Charles Soule is joined by fan favorite artist Tony S. Daniel to tell the tale of a romance that will shake the stars themselves. These two super-beings love each other, but not everyone shares their joy. Some fear it, some test it-and some will try to kill for it. Some say love is a battlefield, but where Superman and Wonder Woman are concerned it spells Doomsday!

This issue features an amazing wraparound gatefold cover that opens up to a triptych with Superman and Wonder Woman in the center! 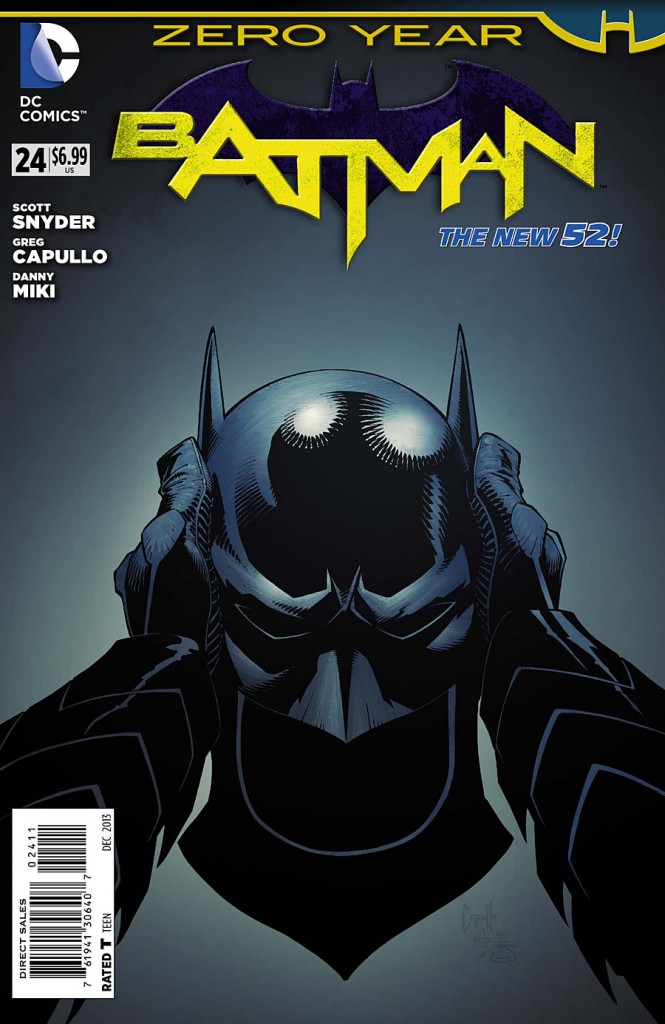 “Zero Year” Part Four! In this amazing, double-sized issue, Batman is on the trail of the Red Hood Gang and their mysterious leader, secret origins are revealed, and a major surprise will change the course of Zero Year and Batman’s life!