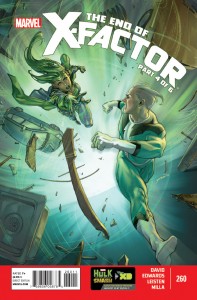 The End of X-Factor, Part 4 of 6. Peter David’s epic tale, decades in the telling, draws near its close… Sibling rivalry between Polaris & Quicksilver 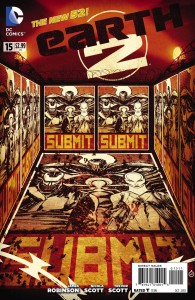 Dr. Fate, Red Arrow, The Flash, Green Lantern and The Atom all fall victim to the Hunger Dogs of Apokolips as the war against the forces of Steppenwolf continues! 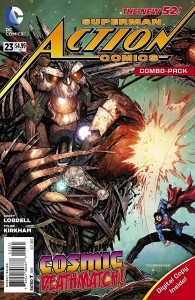 Superman battles the constructs of an immense alien civilization that has built a feudal system based on pure evil! Plus, in the backup story, Jor-El and Lara try to save the Science Council from the colonel who seeks to make all of Krypton kneel before him! 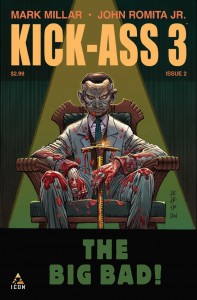 Uneasy lies the head that wears the crown…and that goes double for the cowl! Kick-Ass is now leading the reformed superhero team Justice Forever…just in time to face some terrifying new foes. But there’s dissension in the JF ranks; will he be able to fend off a coup with Hit-Girl still in prison? Meanwhile, a broken Red Mist gets some tough love from Mommie Dearest. 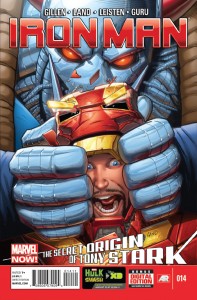 More mind-blowing revelations as “The Secret Origin Of Tony Stark” continues!
Free at last, all IRON MAN has to do is fight a robot who can take over his armor at any time and avoid one of the universe’s greatest bounty-hunters…Death’s Head. An impossible choice at the edge of space will decide the fate of two worlds. Who lives? Who dies? And can Tony Stark somehow find a way to avoid his destiny… 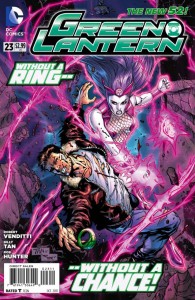 Hal struggles with his new role as leader of the Green Lantern Corps while he tries to solve the mystery of why the universe is atrophying! And an escaped prisoner has gotten hold of a power that makes her nearly unstoppable! The stage is set for the ultimate test against Relic! 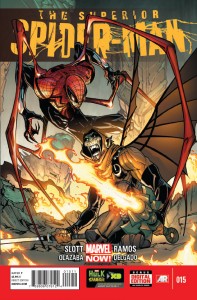 “Run, Goblin, Run!” Part 1 of 2. What’s it like to be a villain in the Marvel Universe…once the Superior Spider-Man sets his sights on you? Find out, from Phil Urich’s point of view, in what might be the final days of the Hobgoblin. Plus, what is the secret of “The Tinkerer’s Apprentice”? Who’s been helping the Terrible Tinkerer? And how is he, of all people, the reason everything in Spider-Man’s life will be changed forever?! 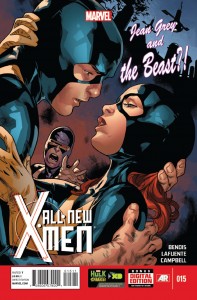 ▼ 3 – ALL NEW X-MEN #15
Brian Michael Bendis | David Lafuente
 Marvel Comics
Love is in the air! Cyclops heart and future start to fade before his eyes. 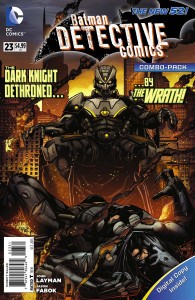 Alfred is forced to confront the Anti-Batman known as the Wrath! Taking care of Batman all these years has left Alfred with more than a few tricks up his sleeve, but will they be enough? 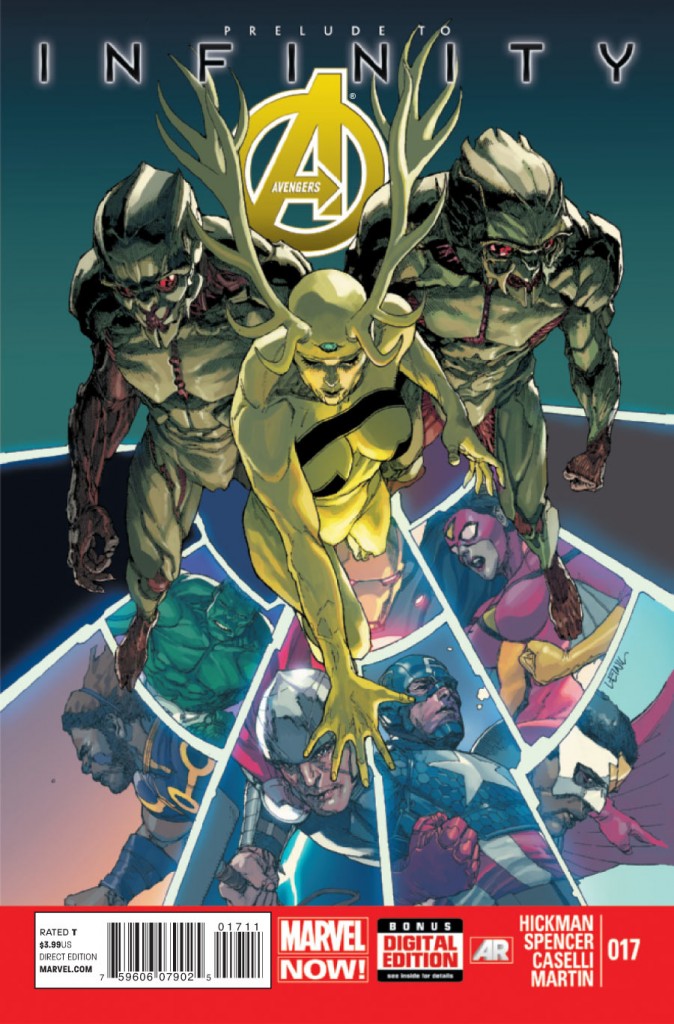 “All Quiet” The Avengers recruit more members to deal with the soon-arriving threat to Earth. The Builders enter the Marvel Universe. The Finale of the Prelude to Infinity: Part Four.