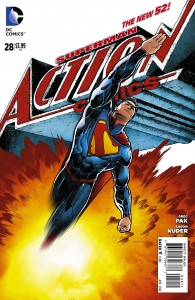 Who or what is the Ghost Soldier, and what mysterious ties does he have to The Man of Steel? Will he side with Superman as he is caught in the middle of the military’s battle with subterranean monsters? 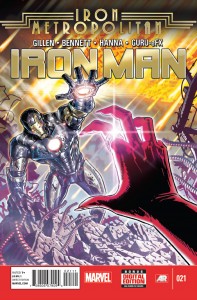 “Iron Metropolitan” Part Four! Red Peril investigates the Stark Boy’s Troy – and beneath the tech and the bombings, finds the truth about the city. Tony investigates the Mandarins, and finds a meeting between The Exile, Red Peril and… Lord Mandarin. Arno’s last day in the Iron Lung. 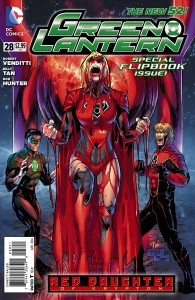 Don’t miss this amazing flip-issue with two covers at a special price of just $2.99! This double issue contains both Green Lantern #28 and Red Lanterns #28! With dozens of sectors in open rebellion against the Green Lantern Corps, Hal Jordan is faced with a crisis in the sector most important to him: 2814, home of Earth…as well as Ysmault, home of the Red Lanterns. Hal made a dangerous bargain with Guy Gardner, and now it’s time to pay up! Plus: Guy and the Red Lanterns take over policing Sector 2814! And you’ll want to keep reading Red Lanterns next month to see what happens to their newest member: Supergirl! 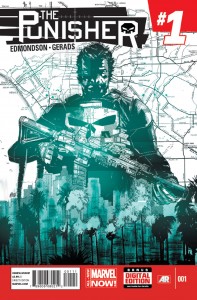 For years, The Punisher has waged a war on crime in New York City with an array of very large guns, but a lead on a major source of drugs, weapons, and more has set his many sights due west. NOW!, Frank Castle’s in the City of Angels, looking to give the devil his due. Things aren’t all they appear, though, with a highly trained military hit squad hot on Frank’s tail. Caught between a posse of Punisher predators and targets of his own one-man-war, Frank’s manifest destiny may be a shallow grave! 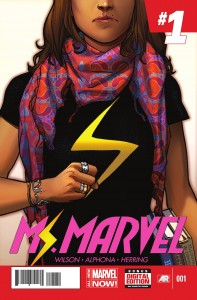 The legend has returned! Marvel Comics presents the all-new Ms Marvel, the ground breaking heroine that has become an international sensation! Kamala Khan is just an ordinary girl from Jersey City–until she is suddenly empowered with extraordinary gifts. But who truly is the all-new Ms. Marvel? Teenager? Muslim? Inhuman? Find out as she takes the Marvel Universe by storm, and prepare for an epic tale that will be remembered by generations to come. History in the making is NOW! 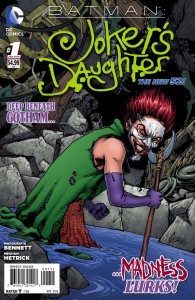 Who is The Joker’s Daughter? What horrors lurk in the mind of this deranged lunatic, and why is there more to her than meets the eye? More than just a crazy person who stumbled upon The Joker’s face, more than just a woman with a mission, The Joker’s Daughter sees herself as a woman on the path of greed, dominance and lordship over the Gotham Underground. This special issue tells a sordid tale in the life of one of DC’s most popular new villains! 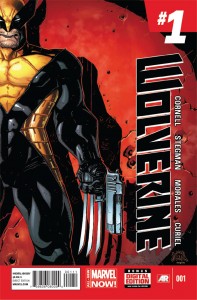 Wolverine no more? After the events of ‘Killable’, Wolverine has something to prove. Before he can take on Sabretooth again, he’ll need to build himself back up, get better and stronger than he’s ever been…but it’s not as easy as he thought, and he’ll soon find himself turning to other means of revenge when the normal channels don’t seem to be working fast enough. Can he fight back his demons, or is this the beginning of a Wolverine who’s gone to the dark side? 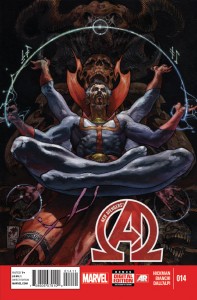 The secret of The Black Swan… 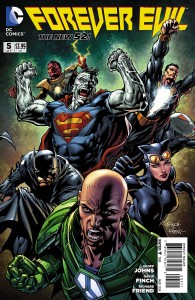 With everything to lose, Lex Luthor and his Injustice League raid the stronghold of the Crime Syndicate with consequences so devastating, the DC Universe will never be the same! 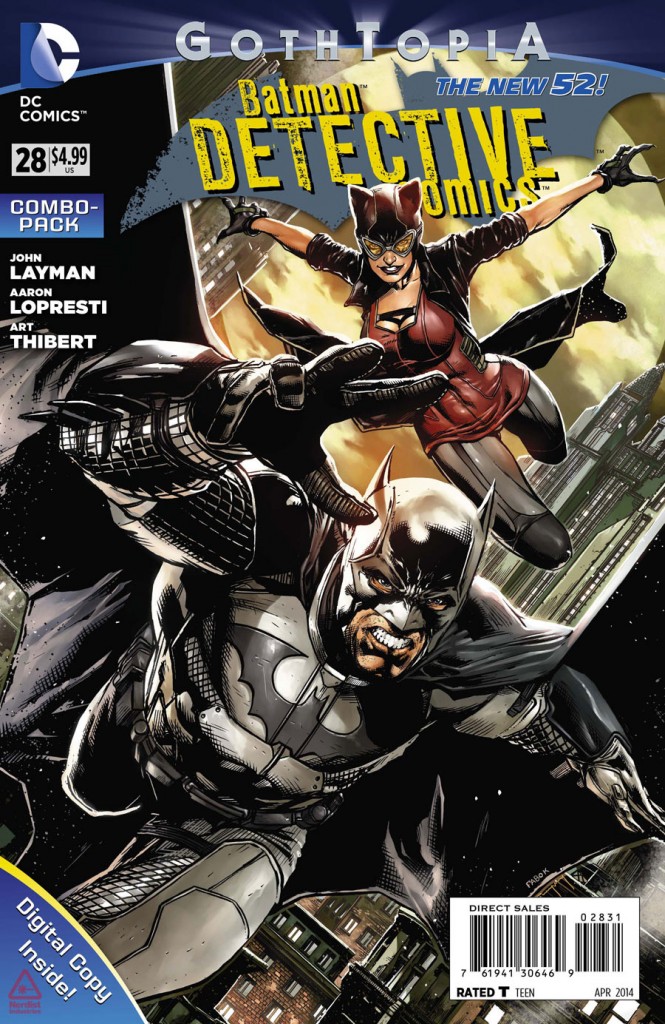 Welcome to Gothtopia! Die happy! The Scarecrow makes the ultimate bid for control of Gotham City’s citizens – so why is everybody so happy about it? Nothing is as it seems as the strange gets stranger in “Gothtopia,” part 2 of 3.