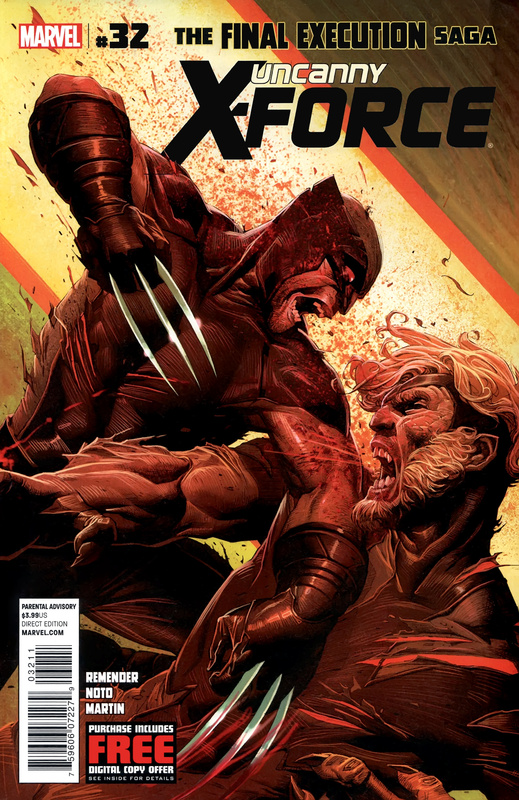 X-Force finally faces the new Brotherhood of Evil Mutants all together! 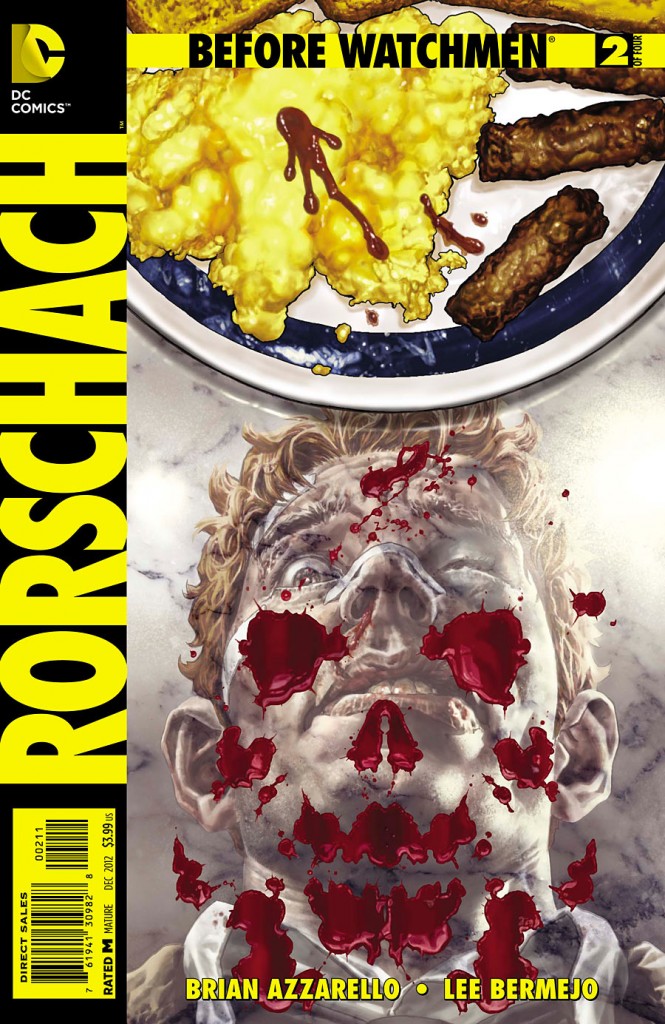 “Look over your shoulder. Someone is following.”

And don’t miss the latest sensational chapter of the Crimson Corsair, from writer Len Wein and artist John Higgins. 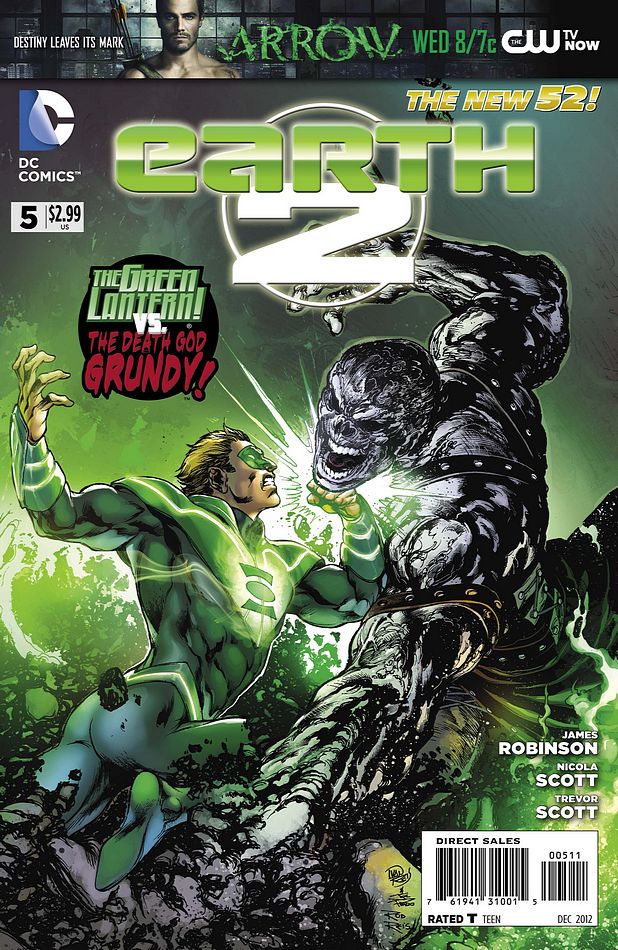 It’s the final showdown with Grundy!

The Green Lantern, Hawkgirl and The Flash take on Grundy and the military’s hero, The Atom, plus the Green Lantern makes a choice that will change the course of Earth 2 forever! 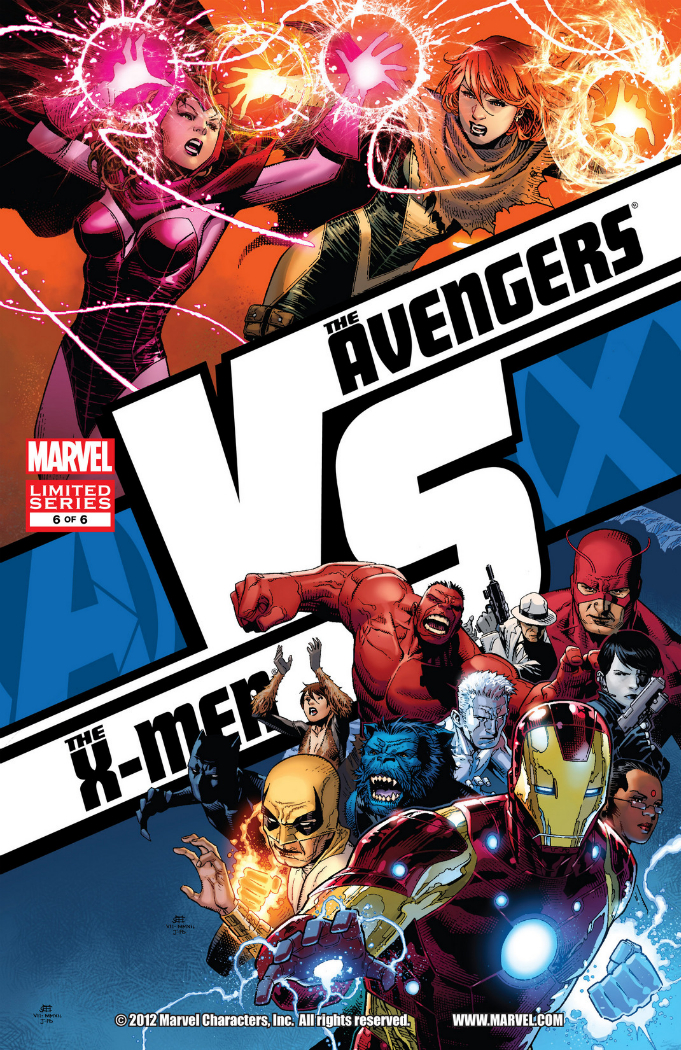 The premiere AVX tie-in comes to a rip-roaring conclusion!

Scarlet Witch vs Hope, straight out of AVX #12!

And two fights weren’t enough for the last issue, so we packed in as many fights and fan-favorite characters as possible! Mini fights from the best creators in the business – Jeph Loeb, Arthur Adams, Stuart and Kathryn Immonen, Jason Aaron and many others! 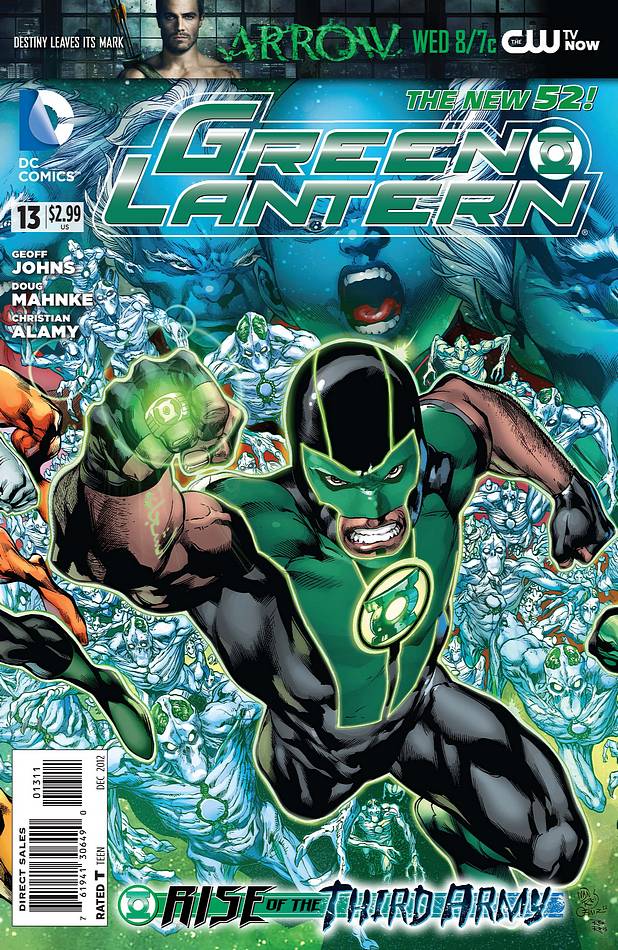 Green Arrow in China battling zombie warriors side by side with the Chinese kung fu genius extraordinaire, Suzie Ming!

Ollie comes home to find trouble in the sky over Seattle – trouble that will lead to the ‘Hawkman: Wanted’ storyline starting next month in Green Arrow and The Savage Hawkman! 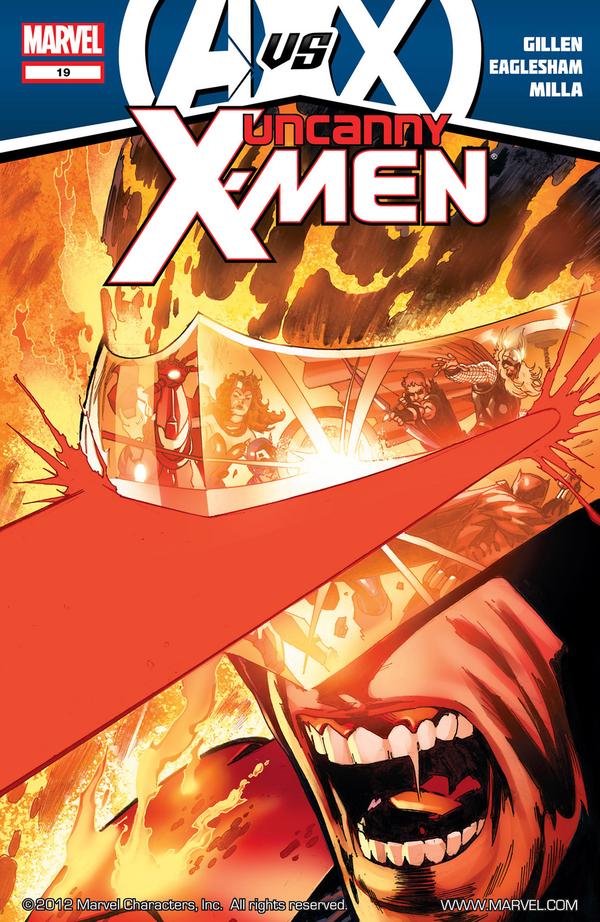 An unmissable issue for X-Men fans. 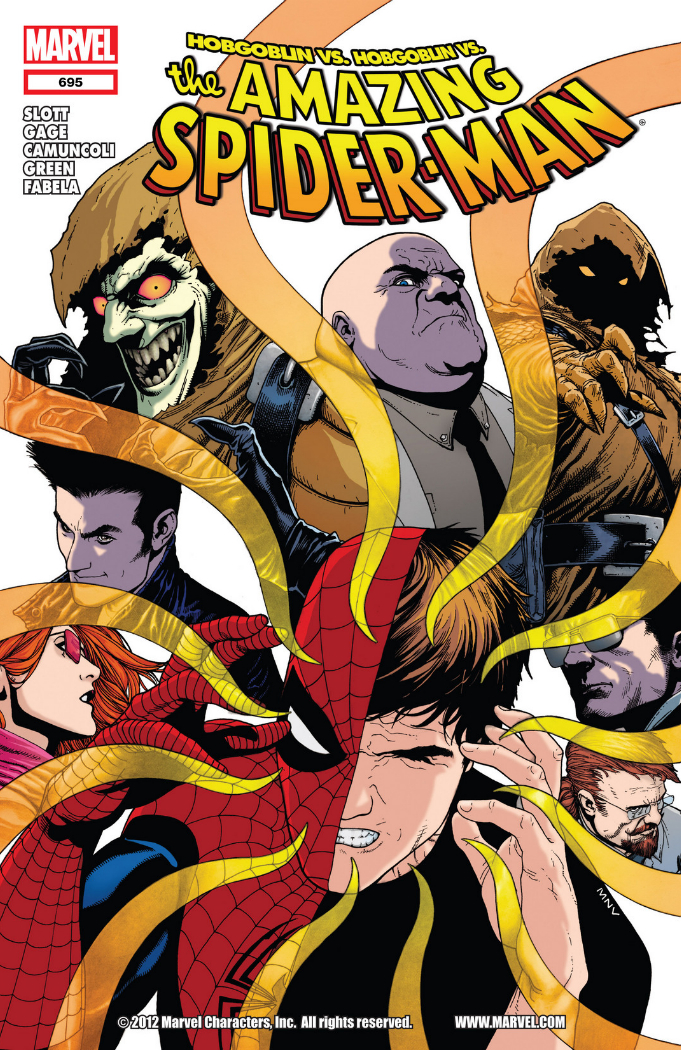 Dark times are coming for Peter Parker and change is closer than you even fear. As we aim headlong to ASM #700, The Kingpin ‘s latest plan turns one of Spider-Man’s greatest strengths against him.

Hobgoblin is back… but his days may be numbered as the past sharpens its blades. 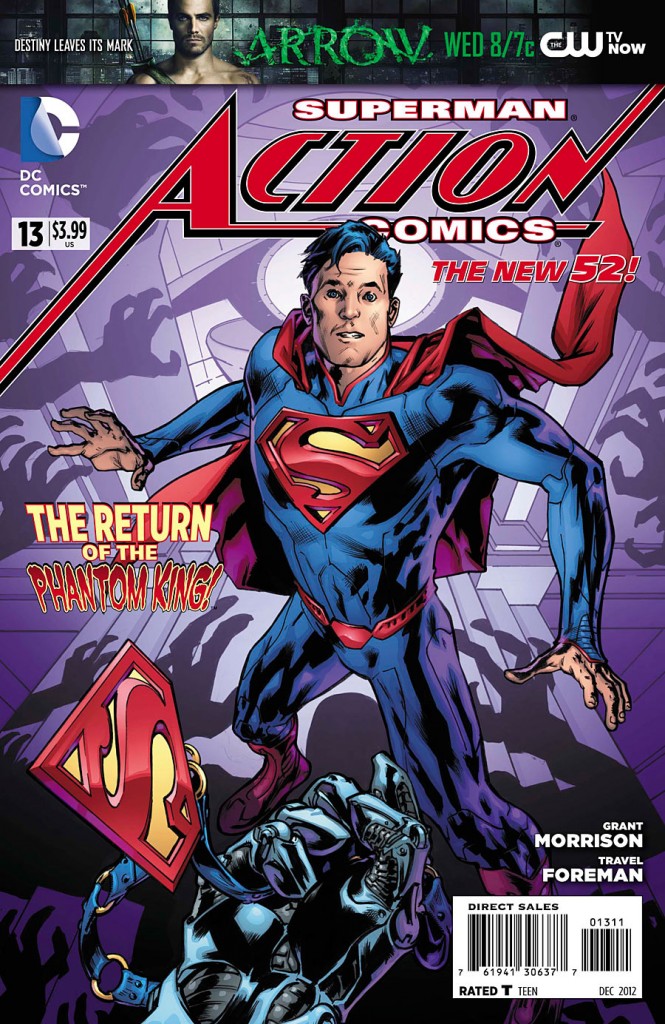 You won’t want to miss the return of Krypto!

Superman must face down a threat from the Phantom Zone – with the help of The Phantom Stranger! 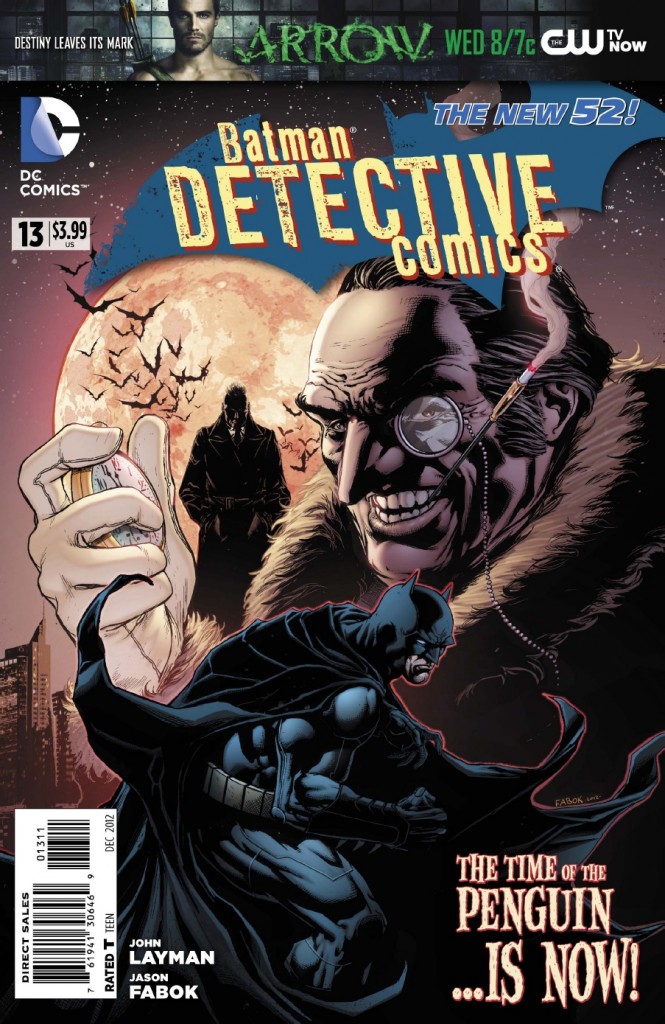 All kneel before Emperor Penguin!

There’s a hit out on Bruce Wayne in this new story from writer John Layman (Chew), gueststarring Nightwing! 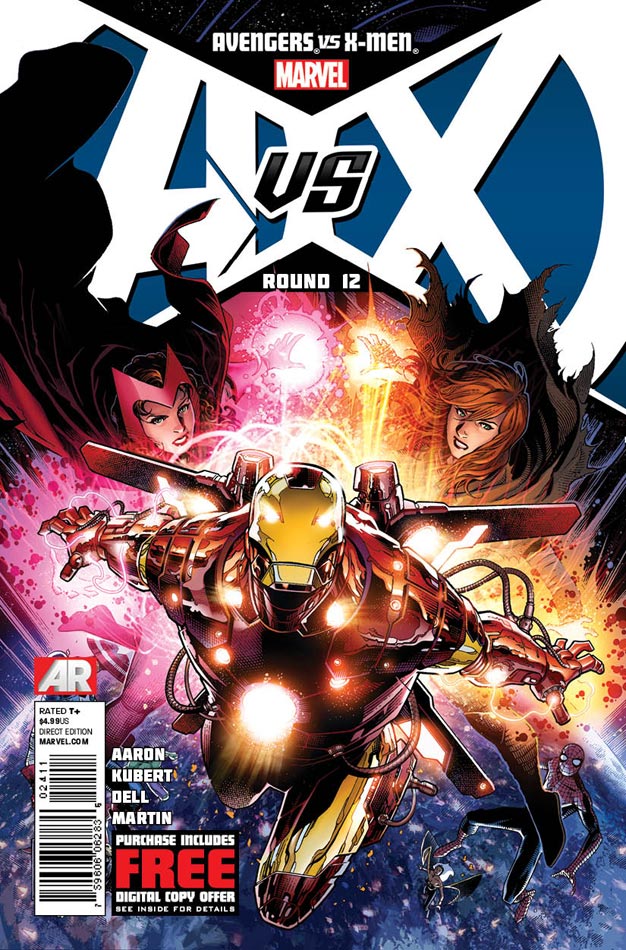 It’s all come down to this! The final battle—as the world burns!