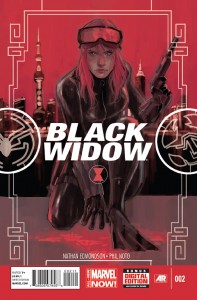 You’ve seen Black Widow as an Avenger and even an Agent of Shield. But on her own time she searches for atonement for her past as a KGB assassin-in ways of which those teams just wouldn’t approve. From the darkest corners of the Marvel Universe, Nathan Edmonson (Who is Jake Ellis?) and Phil Noto (Thunderbolts, X-23) bring you a new ongoing series as gorgeous and mysterious as Nastasha Romanov herself! In fact, it’s so good, that you won’t want to wait another month for the next issue. And you won’t have to! 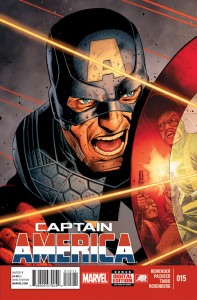 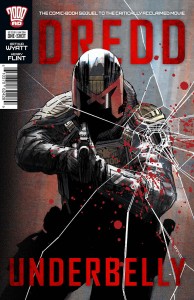 The one-shot sequel to the critically-acclaimed movie! In the wake of Ma-Ma’s death, other criminal gangs in Mega-City One are moving into the power vacuum, trying to fill the gap in the market left by the Slo-Mo drug. When a corpse dump is discovered in a rad-pit, the bodies are all revealed to be mutants. Could the dead be connected with an outfit smuggling illegal refugees into the city from the Cursed Earth? Dredd once again teams with Psi-Judge Anderson as they scour the underworld for the perps responsible, to bring them to justice! 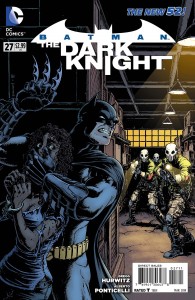 In this conclusion to the storyline “Voiceless,” the illegal immigrants of Gotham City have been forced into slave labor by the Penguin. And Batman will stop at nothing to shut it all down! 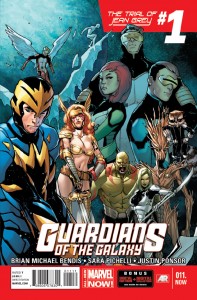 “The Trial of Jean Grey”. The Guardians of the Galaxy get a reminder of Earth when they cross paths with the All-New X-Men during the ‘Trial of Jean Grey’! When an alien race discovers that the original Jean Grey is back on Earth, they decide to hold her accountable for the acts of the Dark Phoenix, and it’s up to the Guardians to help the X-Men save her. You won’t want to miss the first encounter between two of the biggest franchises in the Marvel U! 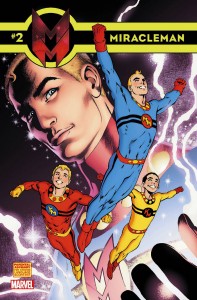 Kimota! With one magic word, a long-forgotten legend lives again! Freelance reporter Michael Moran always knew he was meant for something more — now, a strange series of events leads him to reclaim his destiny! Relive the ground-breaking eighties adventures that captured lightning in a bottle — or experience them for the first time — in these digitally restored, fully relettered editions! Issue #2 includes material originally presented in WARRIOR #1-5, plus bonus material. 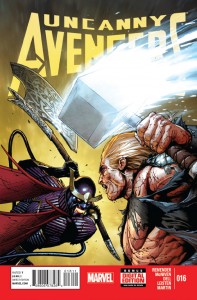 The main event! Thor vs Uriel! Feral and vengeful after the death of a teammate, Thor is a mad God out for blood! The heroes of Earth rally to stop the unimaginable evil the Twins have released! In order to stop the Twins, The Wasp must do something that will curse her evermore! 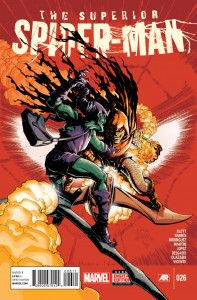 “Goblin Nation” Prelude. The stage is set for the biggest Superior Spider-Man story of them all! And it starts here with a goblin fight like no other: The Green Goblin vs. The Original Hobgoblin! Plus: That thing that happened at the end of #25… That thing that raised all of those questions… You don’t have to wait any longer. You’ll get your answers this issue! Honest. 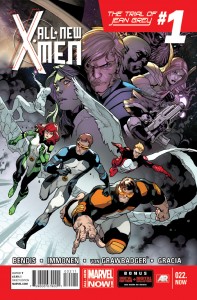 “The Trial of Jean Grey”. The arrival of the original X-Men in the present sent shockwaves through the Marvel Universe, but we’ve only seen the effects on Earth. When alien races learn that Jean Grey, host of the destructive Phoenix Force, is back on earth, they do something about it. Now it’s up to the rest of the All-New X-Men and the Guardians of the Galaxy to save Jean Grey from twisted intergalactic justice! Don’t miss two of Marvel’s biggest franchises crossing over for the first time! 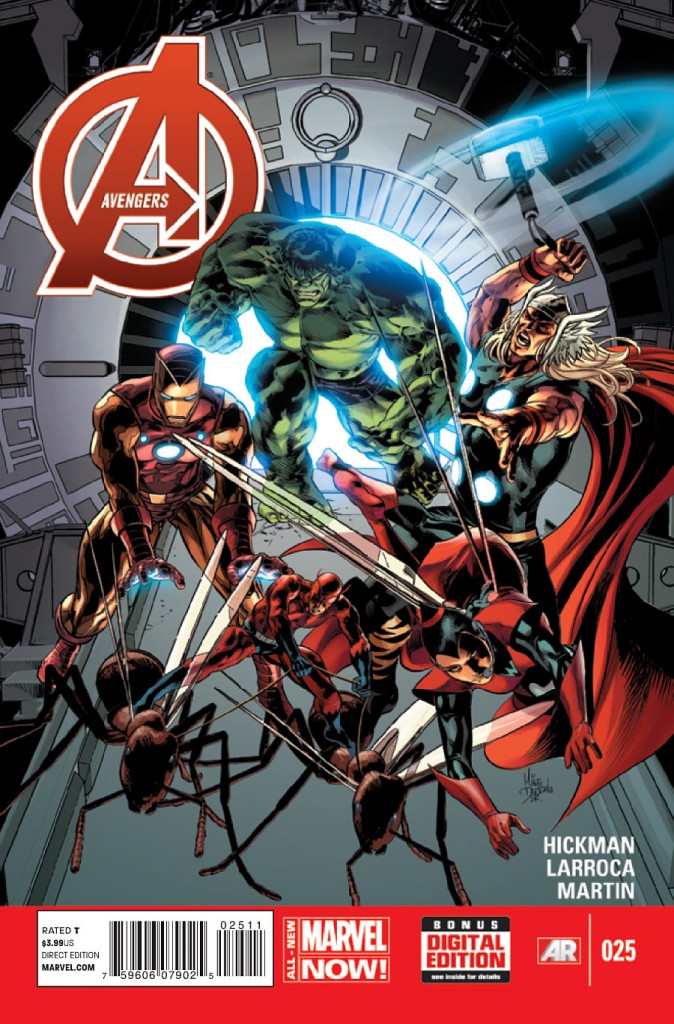 “The Mirror”. It worked for the X-Men! Would we be so crass as to do it again? Introducing the All-New Avengers! And we’ve been good up till now, but this issue, an Avenger dies.