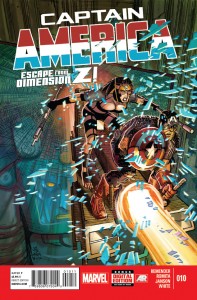 The shocking Dimension Z finale! After over a decade in Dimension Z Captain America must make his final push to escape–but at what cost? Enter: Godzola! A shocking death and an action-packed conclusion that will leave Cap changed forever and leave you gasping for air! 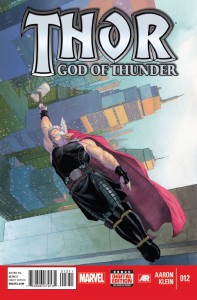 Thor returns to Midgard! What does it mean to walk the Earth as a god? Where does Thor go and who does he see when he’s not out saving the world with the Avengers? Also, the return of long-time love interest, Dr. Jane Foster. 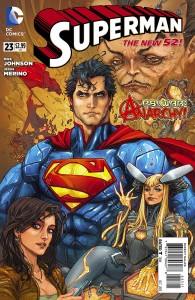 The “Psi-War” epic begins! Psi-War erupts as Hector Hammond tries to take control of H.I.V.E. from its queen, but there are other forces in play as well, as a new Psycho Pirate emerges, and Superman is caught in the middle, unable to protect those closest to him. 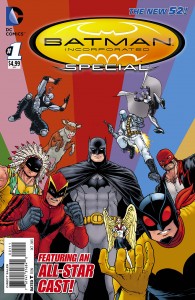 An all-star special featuring the various members of Batman Incorporated-Man-of-Bats, Red Raven, El Gaucho, Dark Ranger, Knight, Batman himself and more! In the wake of their epic struggle with Talia al Ghul, the Heretic and Leviathan see what’s next for the members of Batman’s army. Featuring stories written and drawn by a collection of industry greats! Plus: Bat-Cow makes her solo debut in a tale by writer Dan DiDio and artist Ethan Van Sciver! 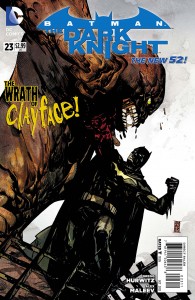 Batman and Commissioner Gordon are forced into a tight corner as Clayface embarks on a murder spree throughout Gotham City. But hope surfaces when the Mad Hatter emerges as an unlikely ally. 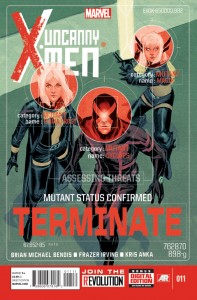 See what life’s like at the new Xavier School. But what are they being trained for? 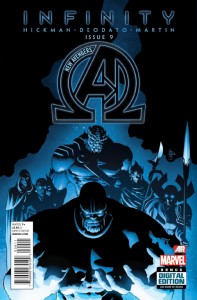 ‘Cull Obsidian’. The Illuminati on the front line as the Earth is invaded. The House of Black Bolt cracks. Earth falls. 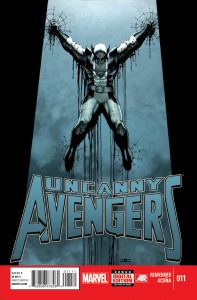 ‘Ragnarök Now’ continues! The dawn of the Celestial Executioner. The death of all hope. The rebirth of a fallen son. 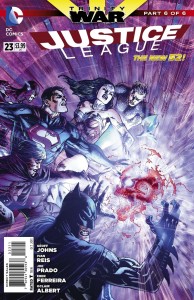 ‘Trinity War’ Chapter 6! Trinity War concludes! But that doesn’t mean all ends well for our heroes. The secret behind Pandora’s Box is revealed and it means the end of the Justice Leagues! 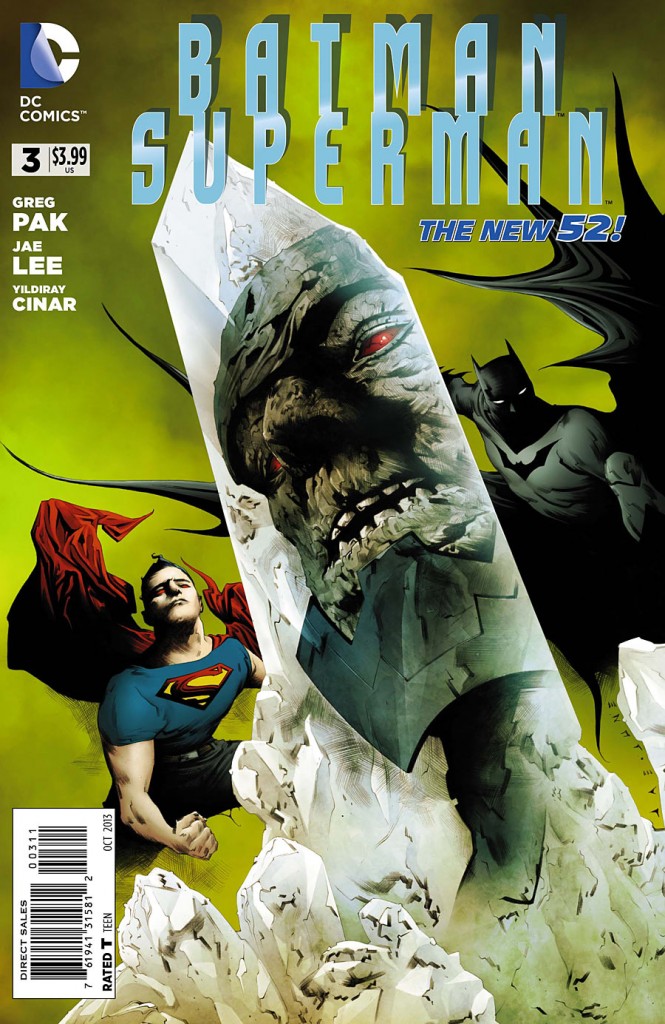 It’s a showdown that could shatter two worlds when Batman and Superman battle the Superman and Batman of Earth 2!