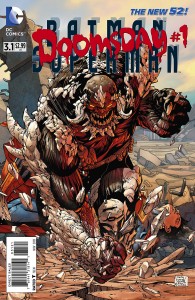 Long before Superman fought the unstoppable monster known as Doomsday, the beast’s reputation for death and destruction haunted The Man of Steel’s home world of Krypton. 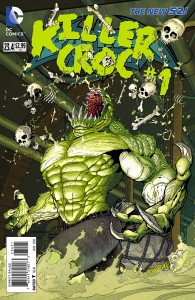 As the battle for Gotham City continues to build, the scales become unbalanced when the ferocious Killer Croc enters the fray! 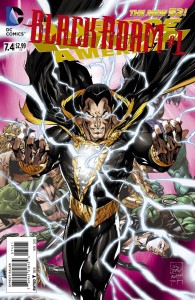 Where is Black Adam? And what series of events is triggered when the Secret Society attacks Kahndaq? Discover all of this and much more in this issue! 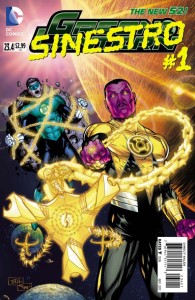 Years ago, Sinestro used his Green Lantern ring to utterly dominate his home planet of Korugar, all in the name of “protecting” his people. It’s the mistake that turned his name into a curse, and brought down the greatest Green Lantern of them all…but one never-before-seen moment from those dark days holds the key to his future! 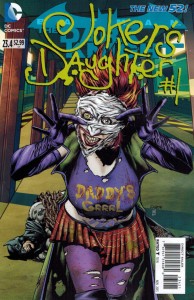 The Gotham Underground is quickly becoming a base of power in the DC Universe! After the destruction of Arkham Asylum, The Joker’s Daughter is gaining hordes of followers across the terrifying and brutal landscape! In a world where ugly is considered beautiful, what dark initiation rites befall this madwoman’s new recruits? 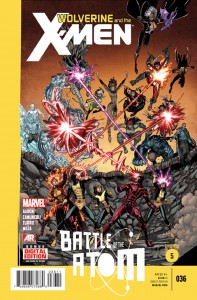 “Battle Of The Atom” Part 5! The end of the first month ends with a huge twist! The fate of the All-New X-Men is decided here! 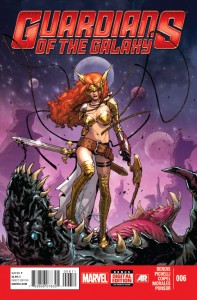 The blockbuster new series hits hard as Marvel’s newest superstar Angela comes right for the Guardians! Round one is Gamora versus Angela…with an entire universe at stake! All that and comics legend Neil Gaiman joins the award-winning Ultimate Spider-Man team of Bendis and Pichelli in this one-of-a-kind comic book event! 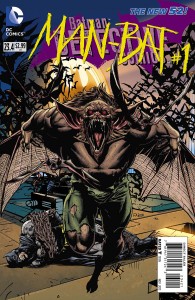 Dr. Langstrom has given in to the Man-Bat side of his personality. Left unchecked in a world without heroes, he brutally stalks his prey in Gotham City! If Langstrom won’t stop himself…who will? 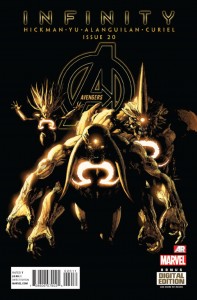 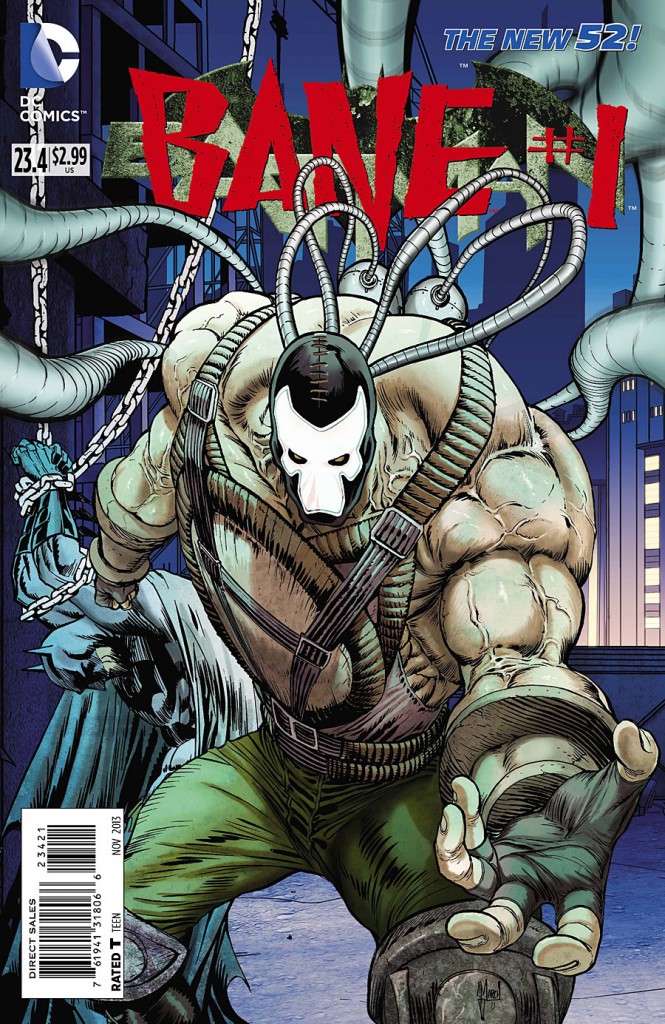 Batman is gone, and the inmates of Arkham Asylum are running wild in the streets! Bane is in Gotham City with one goal…to take it over no matter who he has to break!