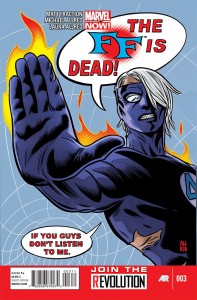 The new FF take to the streets to celebrate 2013! How does the world respond? How do the kids of the Future Foundation feel about these new grown-ups running the show? And what does Scott Lang have in store for Doom? The war begins… 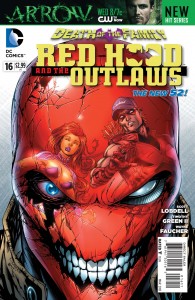 Ties in to this month’s Teen Titans #16!

Tim Drake and Jason Todd have to survive a confrontation with The Joker and stop their respective teams from killing each other. Considering how well they have worked together in the past, that shouldn’t be a problem, right? Right? 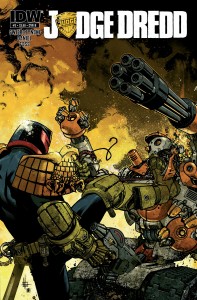 In Mega-City One, kidnapping of the rich is a thing of the past, thanks to personal security droids. But a ruthless team of high-tech snatchers has come up with a cruel twist on the oldest racket on the books. They don’t nab you. Just… a certain part of you. But the kidnappers may regret holding one of the city’s most prominent citizens for ransom, because Judge Dredd’s just signed on to be the bagman! Plus: A shocking backup story with art by Langdon Foss that will leave you seeing double… 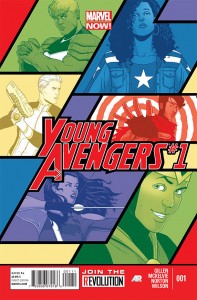 Legacy isn’t a dirty word… but it’s an irrelevant one. It’s not important what our parents did. It matters what WE do. Someone has to save the world. You’re someone. Do the math.

The critically acclaimed team of Gillen/McKelvie/Wilson (with added Norton Sauce) decide to reinvent the teen superhero comic for the 21st century, uniting Wiccan, Hulkling and Hawkeye with Loki, Marvel Boy and Ms. America. No pressure. Young Avengers is as NOW! as the air in your lungs, and twice as vital. It’s the book that knows Hyperbole is the BEST! THING! EVER! 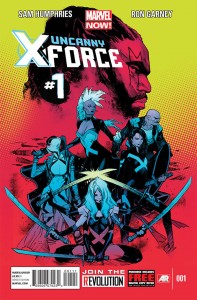 The darkest corners of the mutant universe: exposed!

The X-Men: sworn to protect a world that fears and hates them. Uncanny X-Force: charged to deal with situations the X-Men fear and hate! Psylocke and Storm lead a new team of outcasts and scoundrels, including fan-favorite Puck, the villainous Spiral, and the mysterious Cluster. The first adversary to strike out from the darkness? X-legend Bishop! 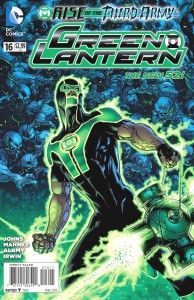 “Rise Of The Third Army” marches toward its conclusion as Simon Baz meets his fellow Green Lantern for the first time, just as the Corps teeters on absolute destruction!

The Guardians of the Universe make their next move exploiting the power of the First Lantern. Plus: What’s happened to Hal Jordan and Sinestro since they’ve been sucked into the Dead Zone? The end of the Guardians’ control over the Corps is near as we prepare for the next big epic! 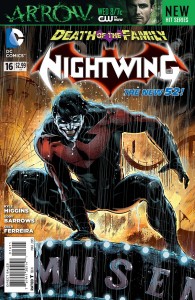 A “Death Of the Family” tie-in!

After the shocking events of last issue, it didn’t seem like things could get much worse for Nightwing, but when The Joker’s involved that’s never a safe bet! Dick’s past is about to burn down around him – literally! 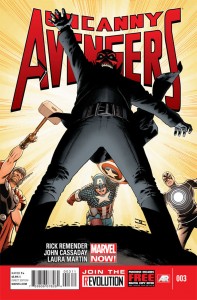 Red Skull is using his new powers to incite violence against mutants across the globe! Scarlet Witch and Rogue make a terrible discovery that will haunt them forever! The Uncanny Avengers feel the full might of Red Skull’s S-Men. 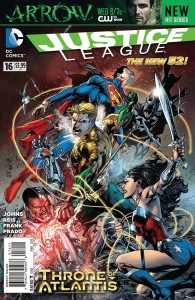 Aquaman can barely hold on against Ocean Master even with the League by his side! The United States loses faith in the Justice League and enters the battle against Atlantis, setting in motion the creation of the Justice League of America! More on the Superman/Wonder Woman alliance!

Plus: In the backup story, the origin of Shazam! continues! 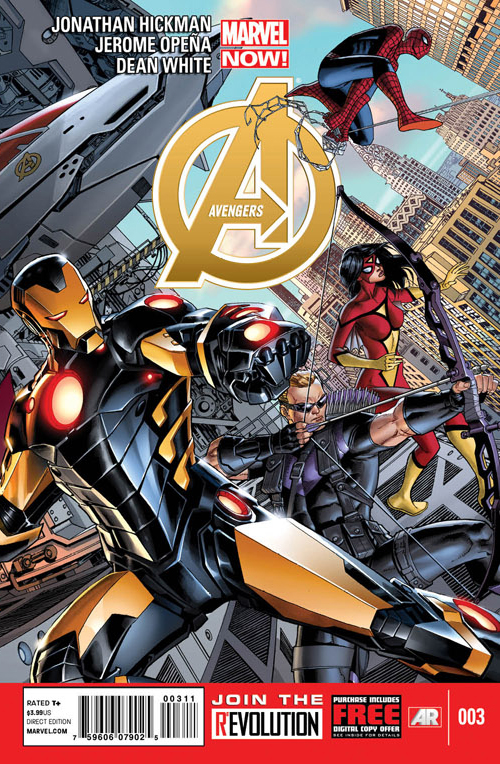 The birth of the New Adam.

On Mars, the Battle between The Avengers and the Garden comes to a dramatic conclusion.