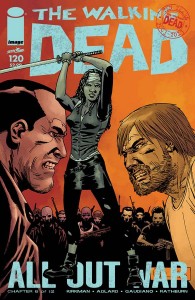 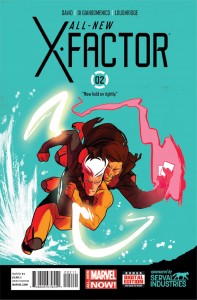 “Not Brand X” Part 2. X-Factor is back… like never before! Serval Industries, one of the world’s most trusted names in electronics and leader in cutting-edge internet and weapons technology, has just unveiled their newest contribution to society…the All-New X-Factor. Led by mutant mistress of magnetism, Polaris, the team uses its corporate backing for the betterment of society. With her half-brother Quicksilver, notorious thief, Gambit, and more by her side, can Polaris trust that her corporate masters really have good intentions? 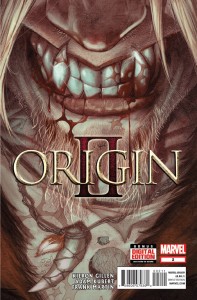 Without his family, Logan struggles to continue on. Meanwhile, word of a clawed wild man in the woods has reached civilization and the hunt to capture him first begins! And enter… Creed. 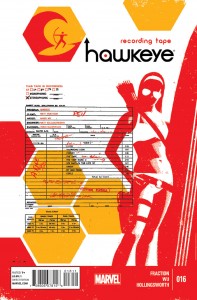 The adventures of Lady Hawkguy out west continue as Kate helps a reclusive and Sixties-damaged pop music genius find his lost masterpiece. Madame Masque, meanwhile, finds her. By which we mean starts trying to kill her again. Also the cat needs cat food and there’s none to be found. What’s that about? Hey not for nothin’ but you guys gotta try these Cronuts! 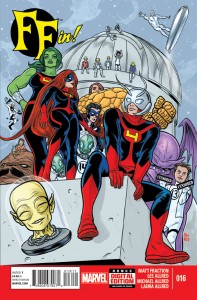 Final issue! – “For All We Have And Are”. The final showdown. The last FF member standing, Scott Lang goes up against Dr. Doom alone — and everyone knows the Ant can’t. The smackdown of the century. Plus an extra ten page bonus of F4/FF goodness co-written by Karl Kesel and the Allreds. 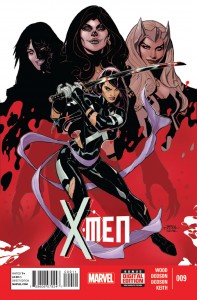 “Muertas” Part 3! Lady Deathstrike’s new Sisterhood set their sights on the X-Men, and Psylocke is in the crosshairs! A foe awakens… and neither team might be able to handle her! 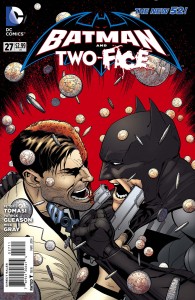 The origin of Two-Face continues! Batman finds himself in the crossfire of a vengeful war between Two-Face and Erin McKillen! Both are hellbent on killing each other and anyone else who dares to step between them. 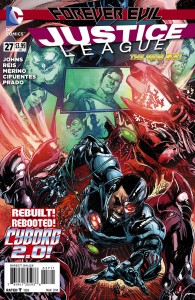 A ‘Forever Evil’ tie-in! With the Justice League still missing, a barely functional Cyborg will need help if he’s going to take down the Crime Syndicate! To do that, he must find Doctor Will Magnus! 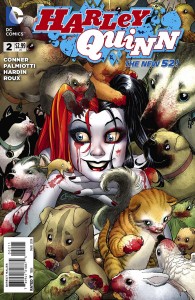 Harley and guest star Poison Ivy set out to rescue a bunch of cute puppies and kitties! What could possibly go wrong? 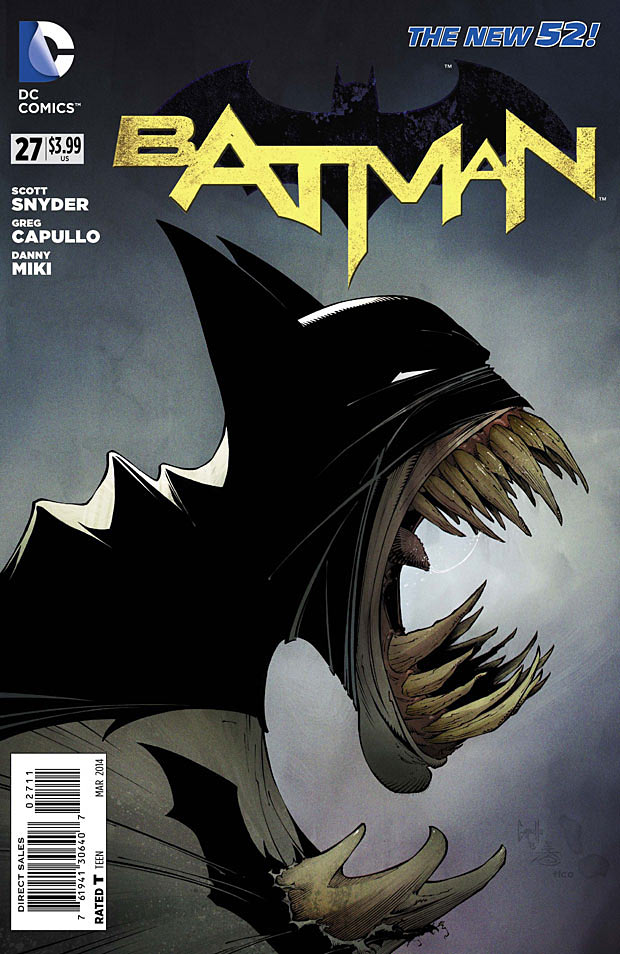 “Zero Year” reaches an all-important crossroads as Batman and Jim Gordon try to turn the lights back on in Gotham City. This issue leads directly into the final arc of Zero Year, which begins here next month!