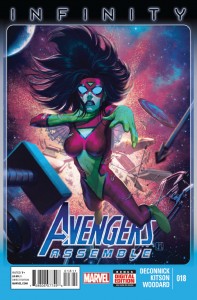 ‘Infinity’ tie-in! Part 1 of 2! A Spider-Woman’s eye-view as the Avengers engage the seemingly unstoppable Builder fleet! You know, the last time Spider-Woman was involved in a big alien invasion thingie, it didn’t go so well for her. I wonder, is Jessica Drew the kind of woman who holds a grudge? 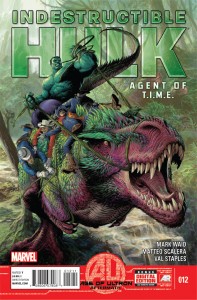 ‘Agent of T.I.M.E.’ Part 2! The team-up you’ve been waiting for: Hulk and…Bruce Banner? In the last hours before the extinction of the dinosaurs, it’s Hulk vs. the Chronarchists! And who is the true Tomorrow Man? Guest starring Kid Colt, Two Gun Kid and Rawhide Kid!!! 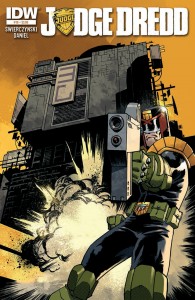 ‘The Cursed Earth, Part 2’. Judge Dredd, along with his multi-eyed precog mutie companion Dannn, fight venture through the Cursed Earth in pursuit of the renegade droids who stole the only thing that can save Mega-City One. Horrific obstacles stand in their way… but none more horrific than the worst backwoods criminal posse ever to set foot on irradiated soil: the Angel Gang! When these longtime fan-favorite villains make their U.S. debut, you’d better make sure your dial is set to “brutal”… 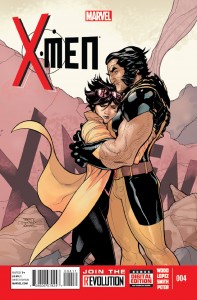 After the game-changing events of PRIMER, the women of the X-Men must contemplate the future of their makeshift team. Are the X-women ready for the BATTLE OF THE ATOM that’s right around the corner? Meanwhile: Jubilee may still look like a kid, but she finds herself burdened with some very adult responsibilities. What kind of plans can a mutant vampire teen mom make for her own future? 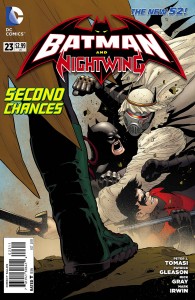 Could Batman have saved Damian’s life after all? Guest starring Nightwing! 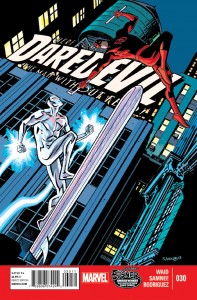 When soars the Silver Surfer! What weird menace unites Daredevil with the Cosmic Rider of the Spaceways? 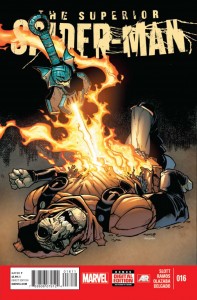 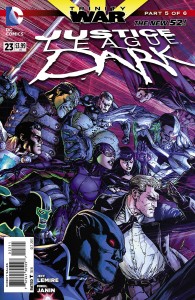 ‘Trinity War’ Chapter 5! The Justice Leagues continues to fracture as the murder of a hero is solved-and the line between justice and vengeance blurs as they head off to find those responsible! 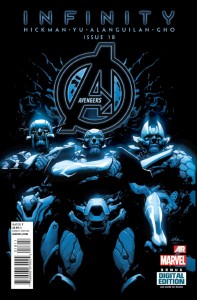 Deep in space, the Avengers join the Council of Worlds as they declare war on their cosmic invaders. The rebirth of the Skrull Empire. The first encounter with the Builders. 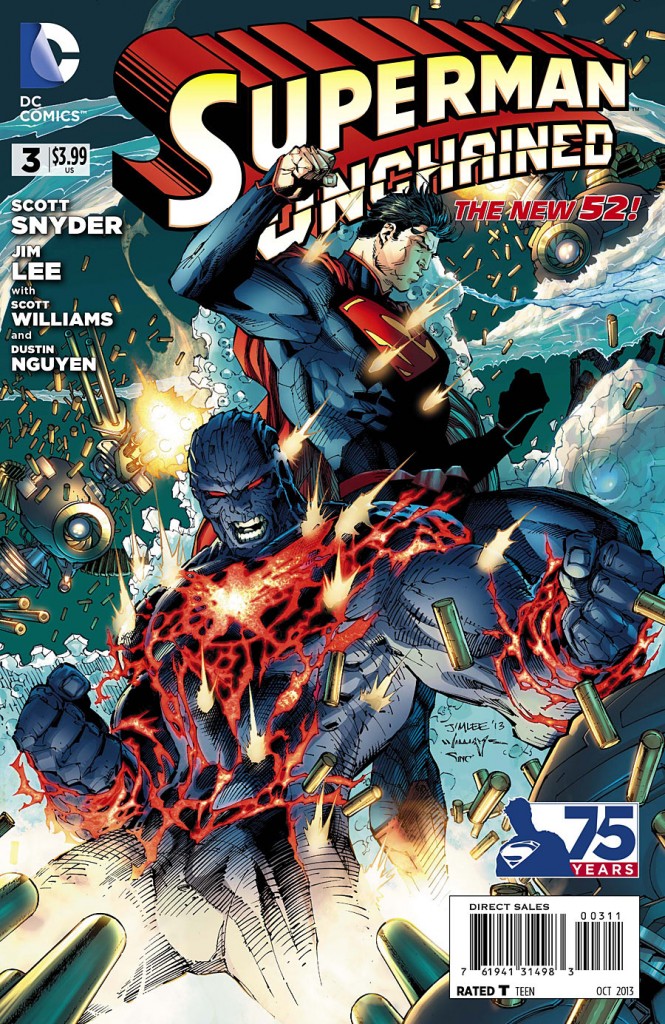 Superman’s found out the secret the U.S. Army tried desperately to keep from him-or more specifically, that secret’s found him! But with hijacked drone aircraft tearing Tokyo apart, there’s not much time for mystery…and with Lois Lane on the case as well, what’s in the darkness will come to the light!