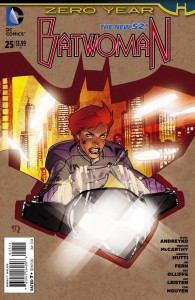 The no-holds-barred battle between Batwoman and Batman threatens to kill them both! 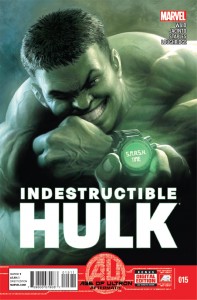 “Hulk Agent Of T.I.M.E.” conclusion! The final stand against the Chronarchists! The Hulk returns to present-day–but which Hulk? And whatever became of Bruce Banner? 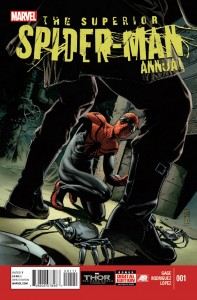 This ain’t no regular Annual, buck-o! This one counts! Blackout is back, and he wants to re-establish his reputation by killing the toughest guy in town… Spider-Man! He plans to force Peter Parker Spidey into a trap. Blackout’s leverage? Aunt May! The world will never look at Superior Spider-Man the same after this. Be there! 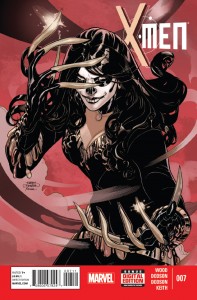 The six-part “Muertas” arc kicks off with the return of Lady Deathstrike! Can a new Sisterhood be far behind? Meanwhile, the X-Men regroup following the Battle of the Atom – and a new member joins the team! 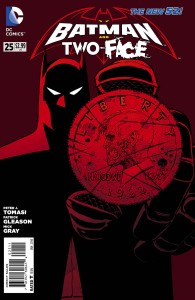 As Two-Face continues his rampage through Gotham City, more light is shed on his past. Who is Carrie Kelley and how can her mysterious connection to Harvey Dent help Batman? 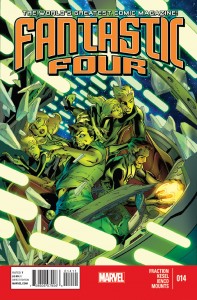 Into the Doomed Universe! Imagine a place where the only five things left alive are the Fantastic Four… and Dr. Doom! How can they save an entire galaxy used to fuel a power-mad Doom’s cosmic empire? And after the shocking end of last month’s issue, can the first family hold it together just a little while longer? 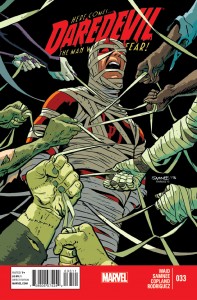 “Monsters Stink!” Daredevil finds himself wrapped up in an adventure that will send his life spiraling out of control as we head into next year’s 50th Anniversary…and the end of everything Matt Murdock holds dear! 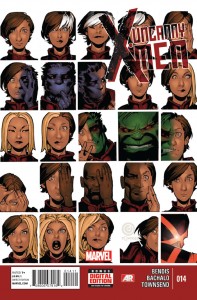 The effects of “X-Men: Battle Of The Atom” are felt! Magneto goes off on personal mission that sets him at odds with much of the X-Men and Marvel Universe. The new Xavier School has changed, but how? 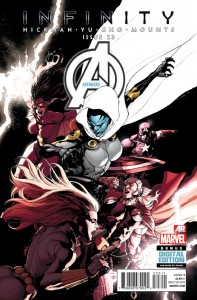 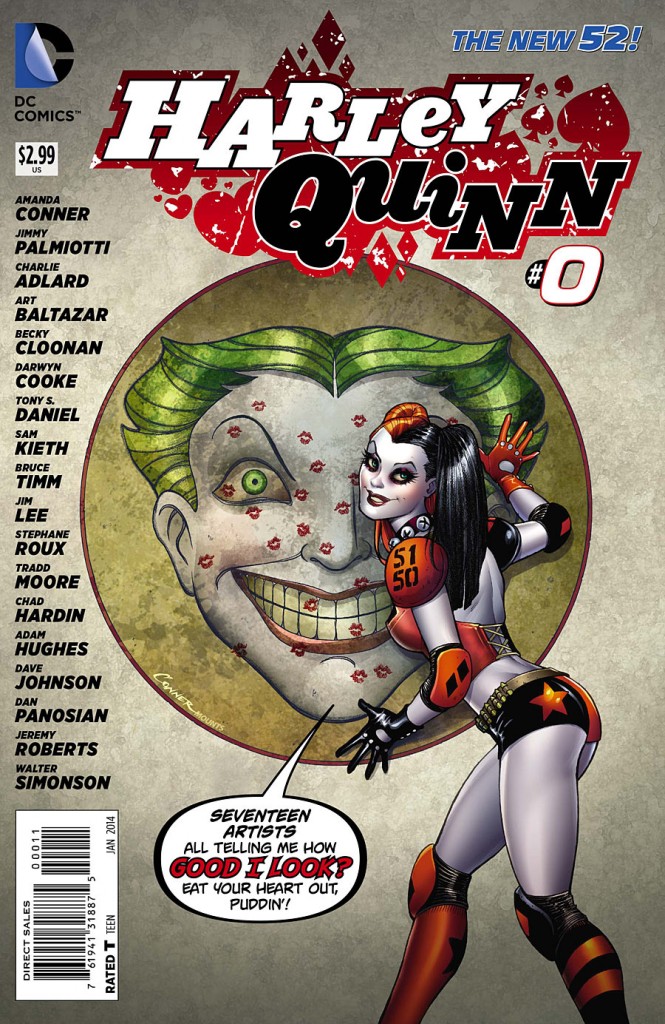 This bombastic debut issue features art by award-winning illustrators including Darwyn Cooke, Sam Kieth, Tony S. Daniel, Paul Pope, Walter Simonson, Art Baltazar and others-but will any of them measure up to the exacting standards of the Clown Princess of Crime? Don’t miss the thrilling return of Harley Quinn in her own monthly series!