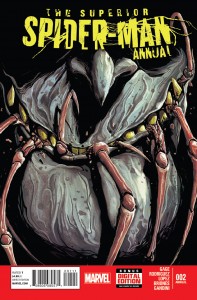 The last temptation of Green Goblin… Phil Urich! As Goblin Nation consumes New York, the Superior Spider-Man’s world is in flames! Who will rise? Who will fall? No one will be the same after this! 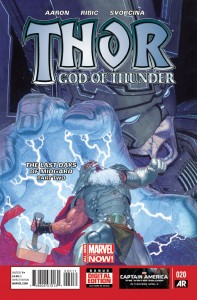 “The Last Days Of Midgard” Part Two. Thor battles to save the Earth on two fronts. In the present day, Thor takes on Roxxon, the world’s most powerful and nefarious super-corporation. While in the far future, King Thor is all that stands between Old Galactus and the planet he’s been dying to eat for a very long time. Even if King Thor wins, is the Earth still doomed? 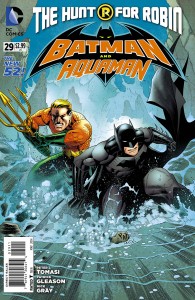 Batman is ready to settle the score with Ra’s al Ghul, who stole Robin’s body out of the grave! As the Dark Knight travels to the island where Damian was born, he’s set on a collision course with Aquaman! 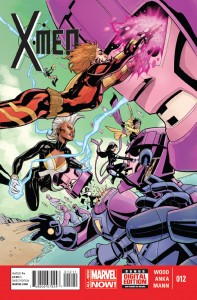 Conclusion to “Ghosts”. The Sisterhood is fully formed, and the battle for leadership begins! The X-Men must choose… take down the Arkea Sentinels or go after the Sisterhood. 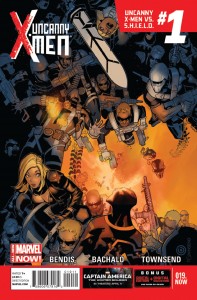 The next stage in humankind is here, and the Uncanny X-Men are leading the way! With original X-Man Cyclops at the revolution’s helm, Emma Frost, Magik and a new generation of mutants defend and educate all homo-superior as warriors of the atom! But after relentless persecution from a society that fears and hates them, the Uncanny X-Men are going on the offensive! Their target? The international spy organization S.H.I.E.L.D! However, as Cyclops’ team fights to save their species, are they only digging themselves into a deeper and more dangerous hole? 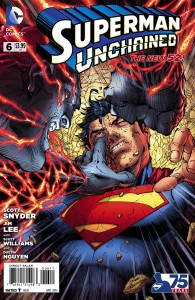 The Man of Tomorrow and the Superman of yesterday go at it – no holds barred! Supes goes full throttle after his would-be ally, Wraith, in a seismic battle ranging from deep space to the ocean’s floor and ultimately the core of the earth! Meanwhile, Lois Lane holds the key to defeating Ascension, but she needs to reach the Fortress of Solitude to ensure its safekeeping – not to mention hers! And she’s being pursued by a heavily armed force, and it isn’t Ascension! 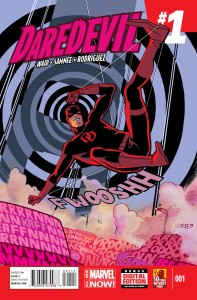 Join Marvel’s fearless hero as he begins his most awe-inspiring adventure yet in the sunny city of San Francisco! Gifted with an imperceptible radar sense and a passion for justice, blind lawyer Matt Murdock – a.k.a. Daredevil – protects the Golden City’s streets from all manner of evil. But big changes are in store for Matt Murdock as old haunts and familiar faces rise to give the devil his due. Hold on tight, because here comes Daredevil… the Man Without Fear! 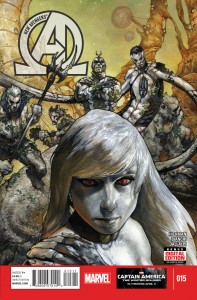 Meet the Mapmakers, cartographers of the Apocalypse. Doctor Strange sells his soul. Reed Richards and the Illuminati rekindle an old relationship. 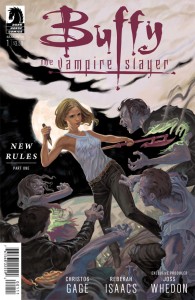 New season. New rules. The age-old battle of Slayer vs. vampire is the focus of Buffy’s life once again-it’s downright nostalgic! But with all the toying with magic she’s done lately, this girl should know it’s time for another game change . . . Shouldn’t she? 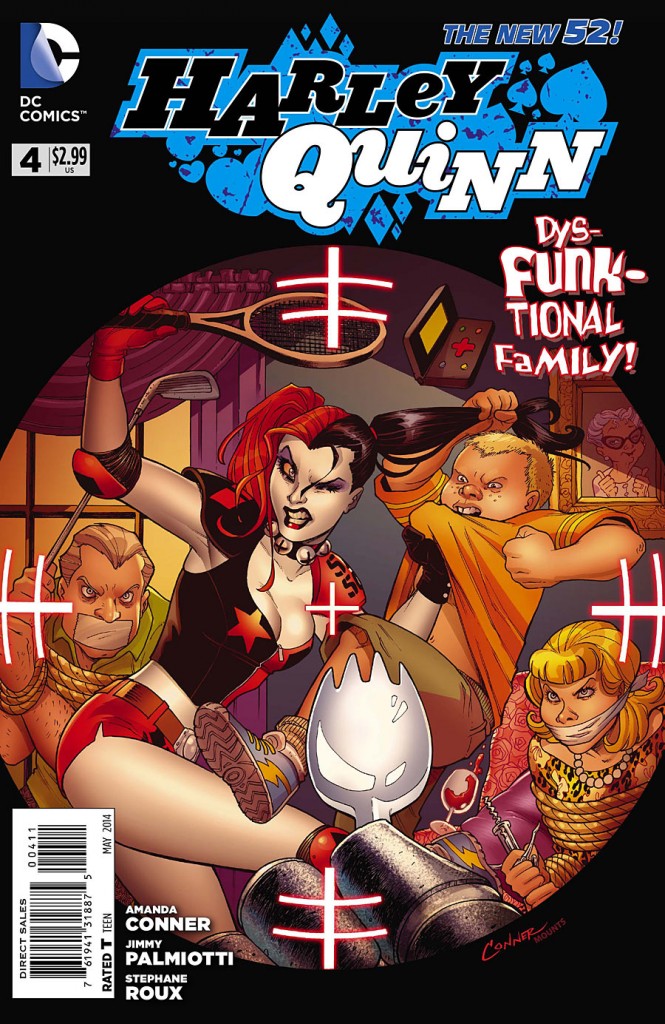 Meet Harley’s new neighbors, and shudder at the horrifying realization that they are so twisted they make her seem like the normal one on the block!