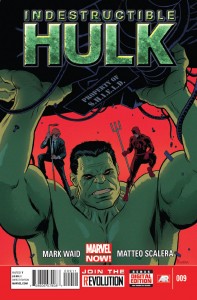 Guest-starring Daredevil! The secret of the friendship between Matt Murdock and Bruce Banner! Hulk–on the witness stand? 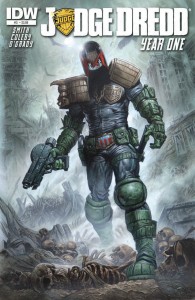 Anarchy is spreading in Mega-City One’s Sector 3 as the psychically powerful juves go on the rampage-and to stop the chaos and save his city Dredd must cut off a dimension’s malign influence, a reality that has already succumbed to the Four Mothers… 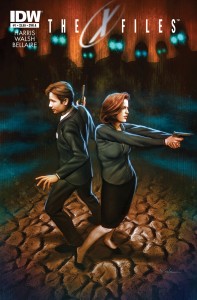 Agents Mulder and Scully are back! Continuing the story where the TV show and movies left off!

For years they investigated the paranormal, pursued the “monsters of the week,” and sought the truth behind extraterrestrial activity, along with the grand conspiracy surrounding it rooted deep within their own government. But when agents Mulder and Scully reunite for a new, ongoing series that ushers The X-Files into a new era of technological paranoia, multinational concerns and otherworldly threats, it’ll take more than a desire “to believe” to make it out alive. The X-Files: Season 10 also sees creator Chris Carter return to the fold as Executive Producer! 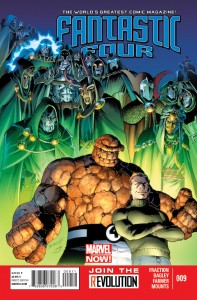 Did a good-natured prank-gone-wrong mean Ben Grimm caused the accident that led Victor Von Doom down his wicked path? As the sickness spreads to the other members of the family, their attention turns to righting this past wrong — could saving Victor be the only way stop Dr. Doom? Before they answer that, however, they have to deal with the Council of Dooms who treat the day of the Incident as a kind of nativity — and dozens of Dooms from dozens of realities have come to witness the birth of the Alpha Doom… oh boy that dorm room is gonna get crowded fast. 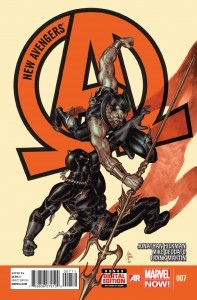 The cold war between Atlantis and Wakanda heats up. Who is the secret member of the Illuminati that many of the members do not know about? How does Black Bolt lie? 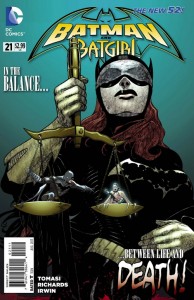 What deal would you make to bring someone back from the dead? And in this issue, it’s Batman vs. Batgirl! 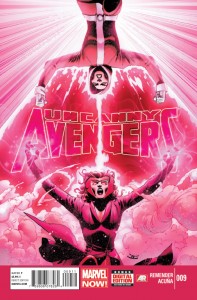 A team divided. The Apocalypse Twins triumphant. Wolverine discovers The Midnight City and soon wishes he hadn’t. The Horsemen of Death shatter the Avengers body and soul! 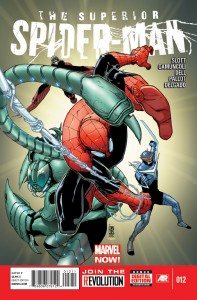 The Raft is complete shutdown. Which means that Spider-Man, Jonah, Glory, and Norah are trapped inside with practically ALL the villains that the Superior Spider-Man has brutalized over the past 12 issues! It’s time for a little payback for the Spider-Slayer, Scorpion, Boomerang, and the Vulture! 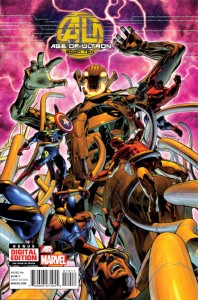 The biggest secret in comics will be revealed to you! An ending so confidential…even the artists of this book don’t know what lies on the final pages…! A surprise so big that comic book legend Joe Quesada himself returns to the pages of Marvel Comics to draw a sequence that people will be talking about for years. 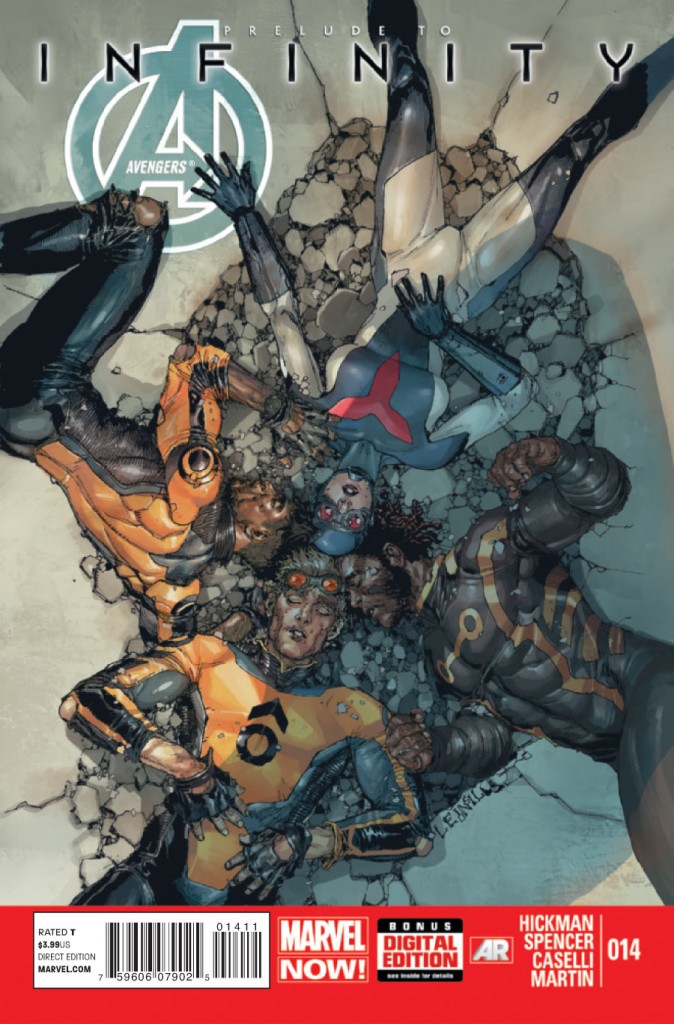 “The Signal” – Prelude to Infinity

All of the Origin Sites go active as the Earth begins to communicate with something much more ancient than human civilizations. The Terror scientists of A.I.M. unveil the S7 program. Prelude to ‘Infinity: Part One’.