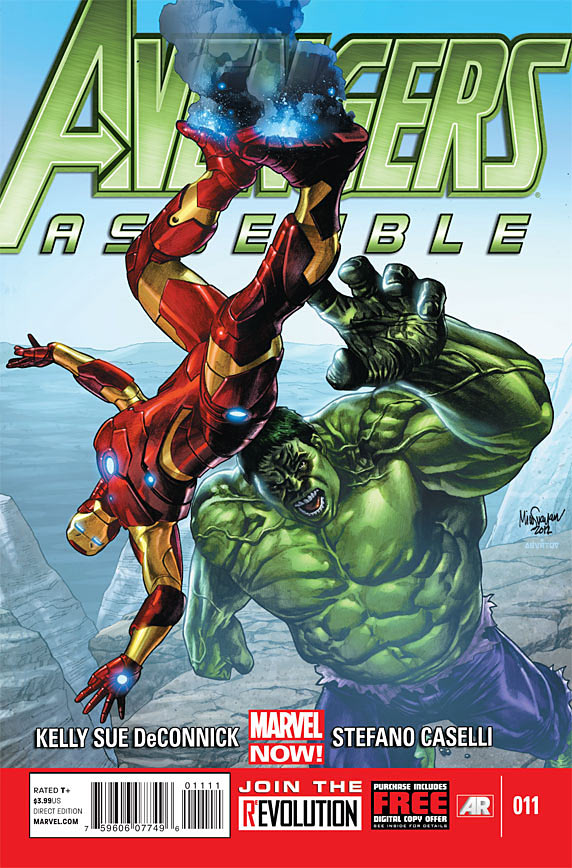 Spider-Woman is totally safe locked in that box with the parasite-infested Hulk… right?

Remember that time Tony Stark said he hated trust falls? You knew that was going to come back. C’mon.

Yun Guang Han’s done it–he’s infected his Order of the Dragon initiates with next-step evolutionary bacteria and built himself a super-creepy (and kind of gross) army with which to conquer the world … Mwah ha ha etc. 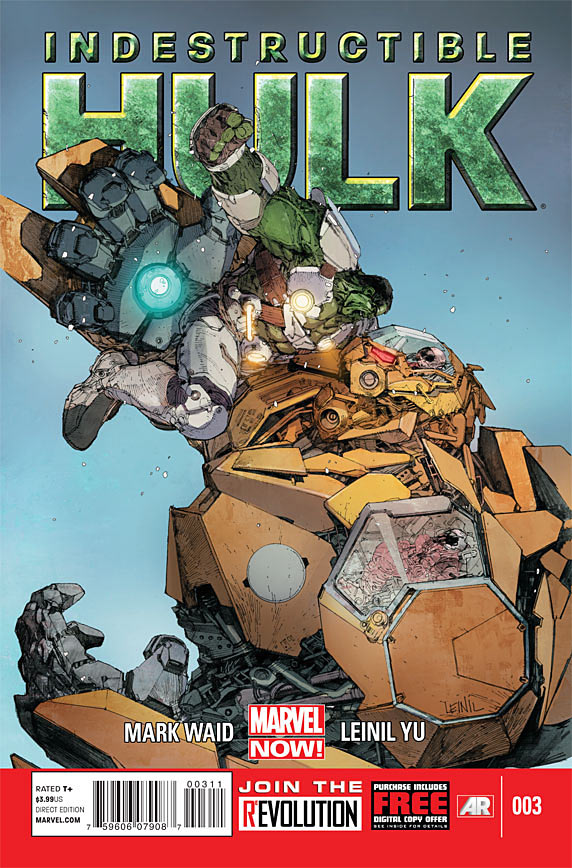 More on Banner’s secret hold over S.H.I.E.L.D. Director Maria Hill! What and where is…Bannertown, U.S.A? 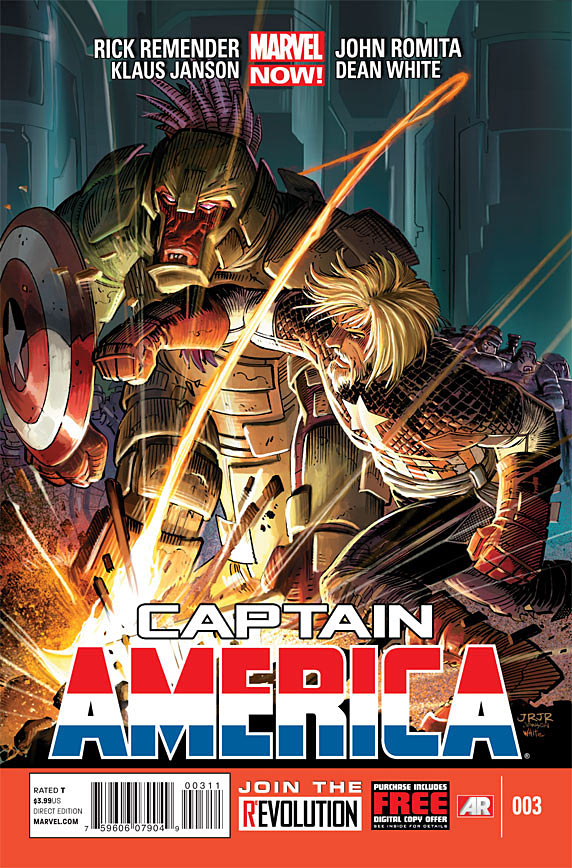 1930: Witness the birth of a legend! How did Steve Rogers, a 98 lb weakling, earn his courage?

NOW: With the fate of a world hinging on his victory Captain America must defeat the barbarian lord of the Phrox! 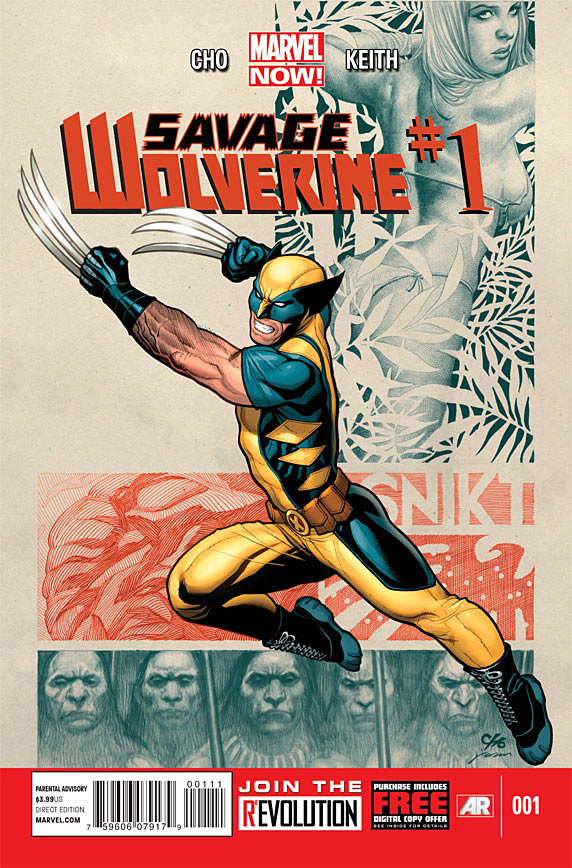 Wolverine awakes to find himself transported to the Savage Land and labeled public enemy number one! With no memory of how he got there, and Shanna the She-Devil his only ally, Logan must unravel the mystery that slumbers at the heart of the Savage Land before it finds a way to kill him first. This January, Wolverine is all brawls, babes, and brachiosaurs, and you’ll never see the end — or the future of the Marvel Universe — NOW! 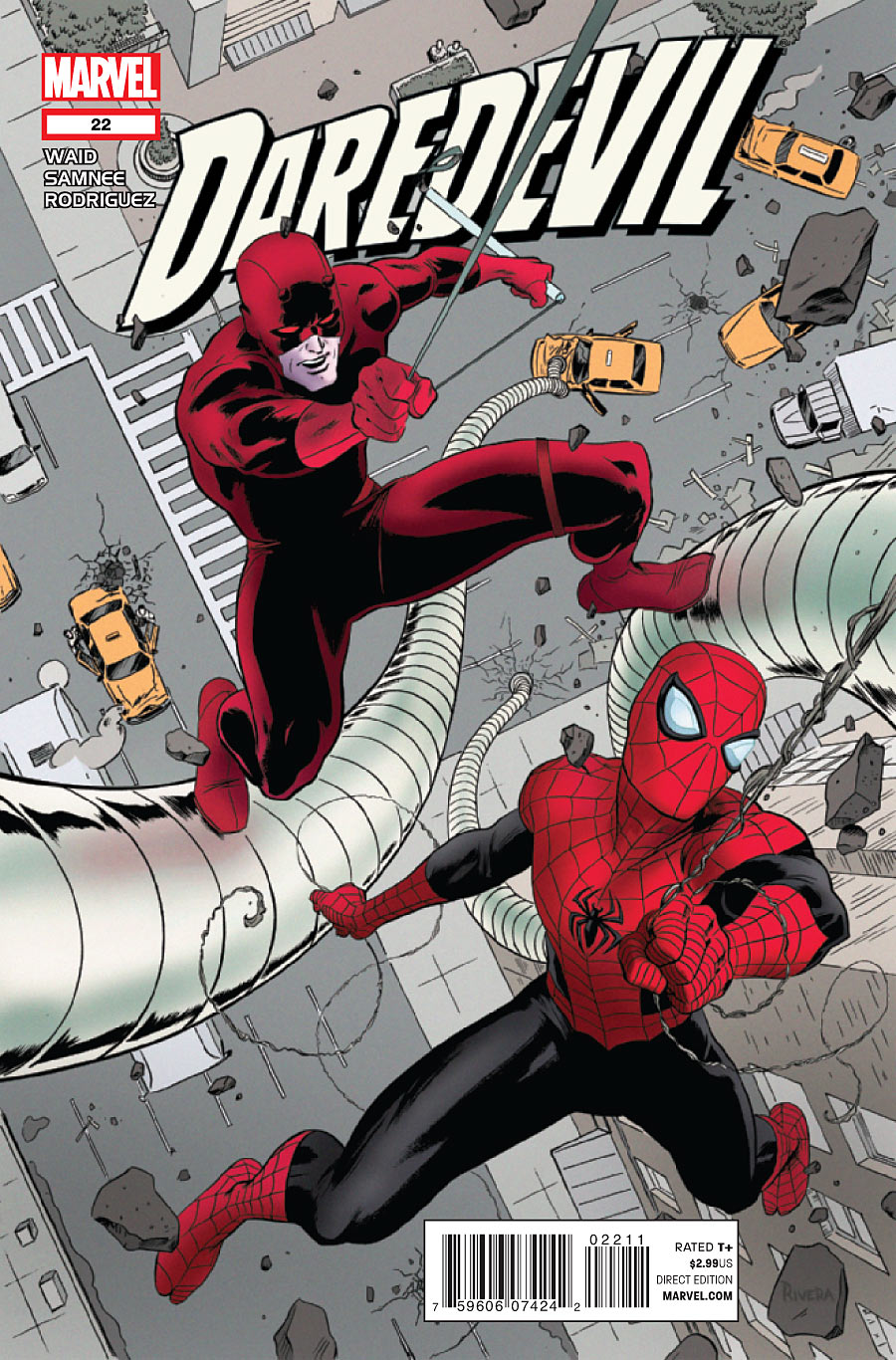 Daredevil teams up with the all-new Superior Spider-Man!

Yes, America, we’ve heard your calls! Stilt-Man is back! Better than ever thanks to some last minute help from Doctor Octopus.

The Eisner and Harvey Award winner for book of the year continues to baffle all of us here at the House of Ideas! 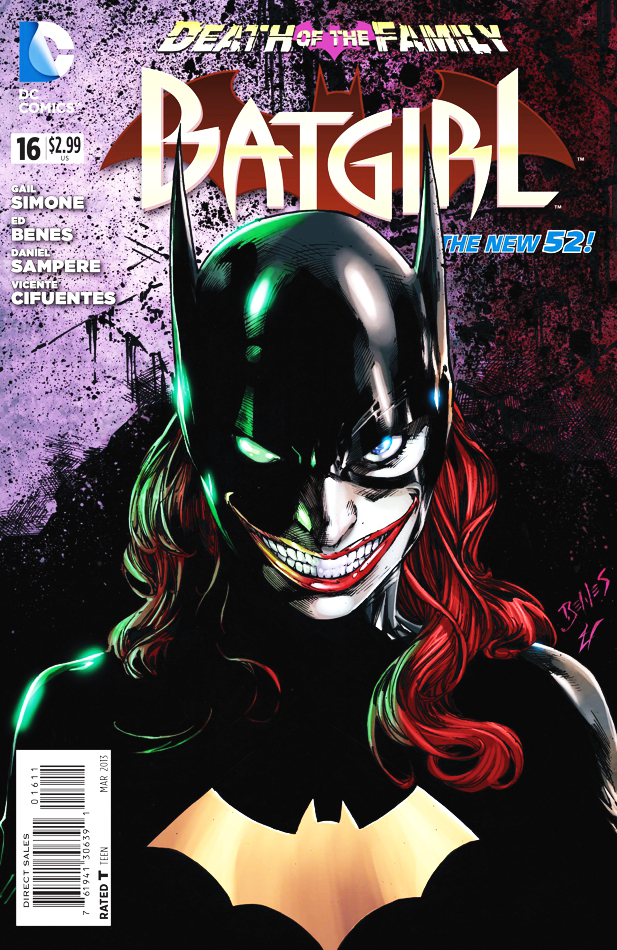 In this issue you are invited to the wedding of Barbara Gordon and The Joker! The entire Gordon family is on hand for the most terrifying nuptials of all time! 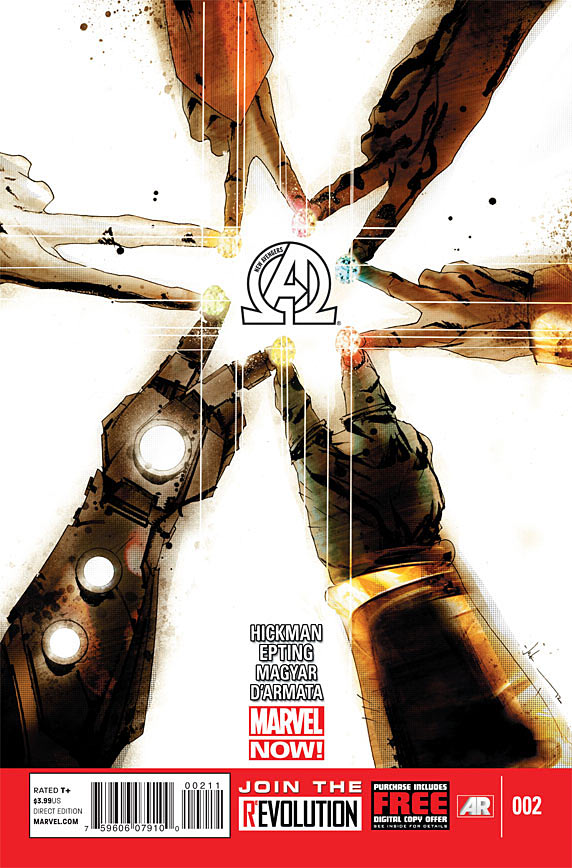 The Illuminati gather to plan for the death of Everything. Infinity gems, old wounds, lies, agendas and universal incursions.

“It breaks hope — it crushes what makes us decent and steals what little honor remains.” – Black Swan 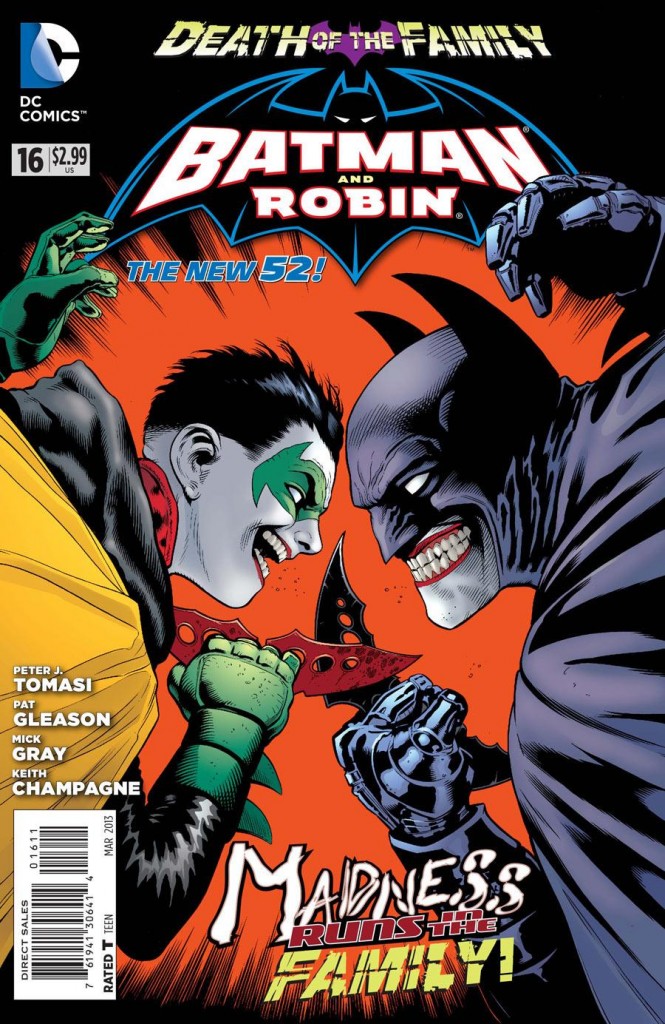 Has The Joker broken Damian? Has Batman’s son met his fate at the hands of The Clown Prince of Crime? 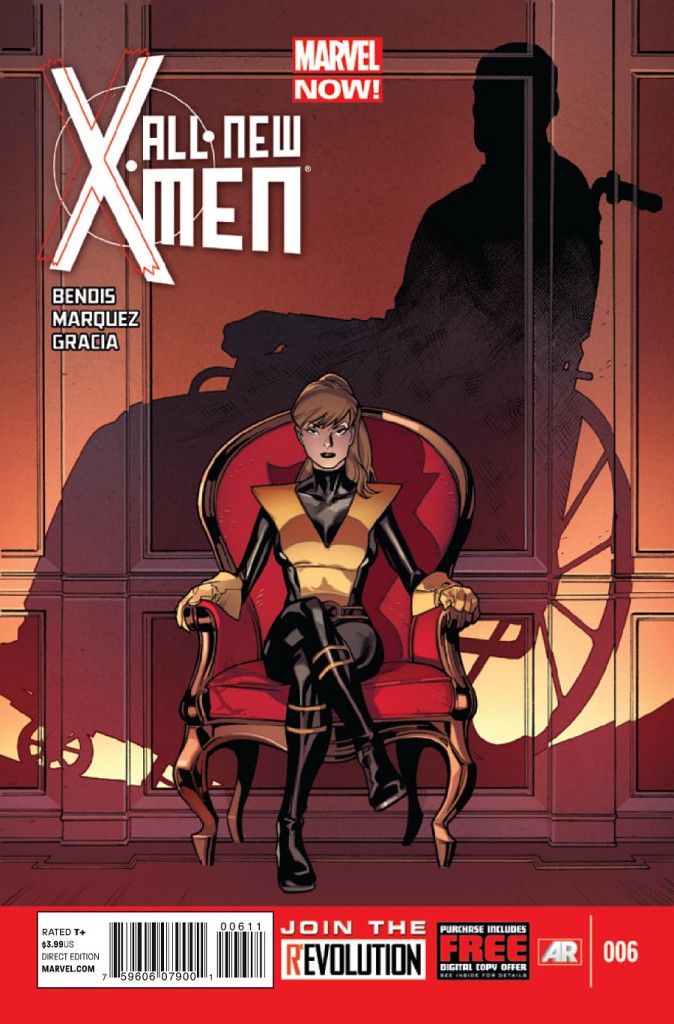 Brian Bendis further defines the future of the X-Men! 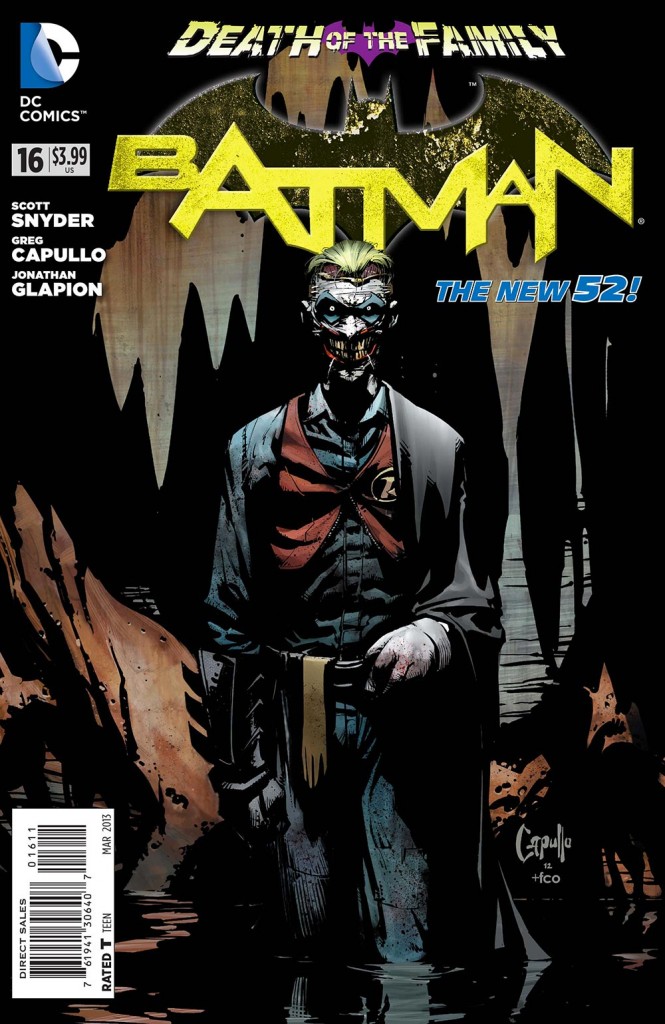 “Death Of the Family” continues!

Batman heads into his showdown with The Joker as the madman’s plan is finally revealed – in Arkham Asylum! It all lead’s into next month’s terrifying conclusion and in the backup story, in the midst of The Joker’s assault on Batman and his allies, get a secret glimpse into what started The Crown Prince of Crime on his horrifying journey!