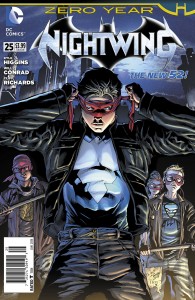 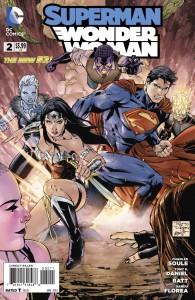 Whom the gods destroy, first they piss off! Seeking help against Doomsday, Diana turns to her brother Hephaestus for weapons-but a more immediate threat is Apollo and the other gods. They do not approve of Superman as a consort to Diana, and he will have to prove himself in combat! 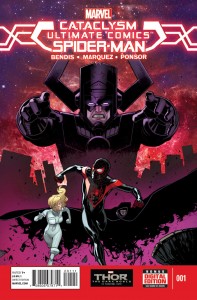 Miles Morales learned the meaning of having great responsibility and put his costume back on after mourning the tragic death of his mother. Now he stands to lose his entire world as a cosmic threat descends on earth. Can Spider-Man and his friends, Cloak and Dagger and Spider-Woman make a difference in the face of apocalypse? 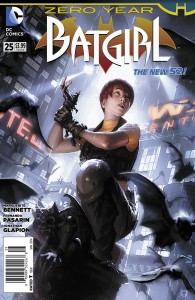 A ‘Batman: Zero Year’ tie-in! Barbara Gordon is forced to protect her brother and her homestead in anticipation of the upcoming storm-but it’s here that she learns the true meaning of “home” and “hero.” 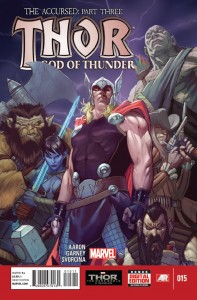 The hunt for Malekith the Accursed continues! Thor and his newfound compatriots in the League of Realms chase the Dark Elf marauder across the Nine Realms: From the exotic fairy gardens of Alfheim to the frozen mountains of Jotunheim, where giants dwell. But when one of the League falls…will it mean war for all Realms? 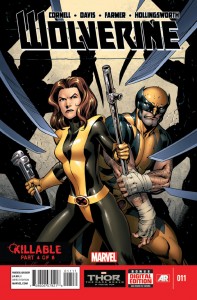 With the world on the brink of viral apocalypse, Logan and Kitty Pryde face down the Thirteen Ninjas of Sabretooth’s Hand! And that’s not all – enter Lord Deathstrike and the Silver Samurai! It all comes to a head with one final moment that will change the face of Wolverine – forever! 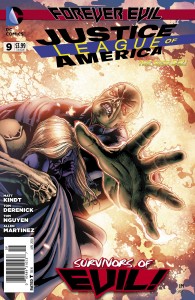 A ‘Forever Evil’ tie-in! Martian Manhunter literally claws his way out of the fire, with one other member of the JLA at his side. But what are their chances of survival on a world being run by the deadliest Super-Villians? 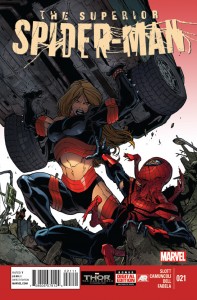 Stunner is back and wants revenge for the only man she ever loved – Otto Octavius! How will she avenge him? By killing the Superior Spider-Man! 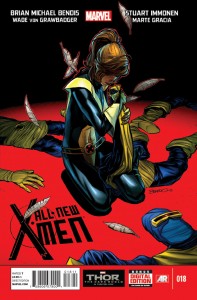 The X-Men are shaken to the core by the Battle of the Atom. Kitty Pryde is particularly is shaken by the events of the X-Men crossover. With her students gone, what is Kitty to do? 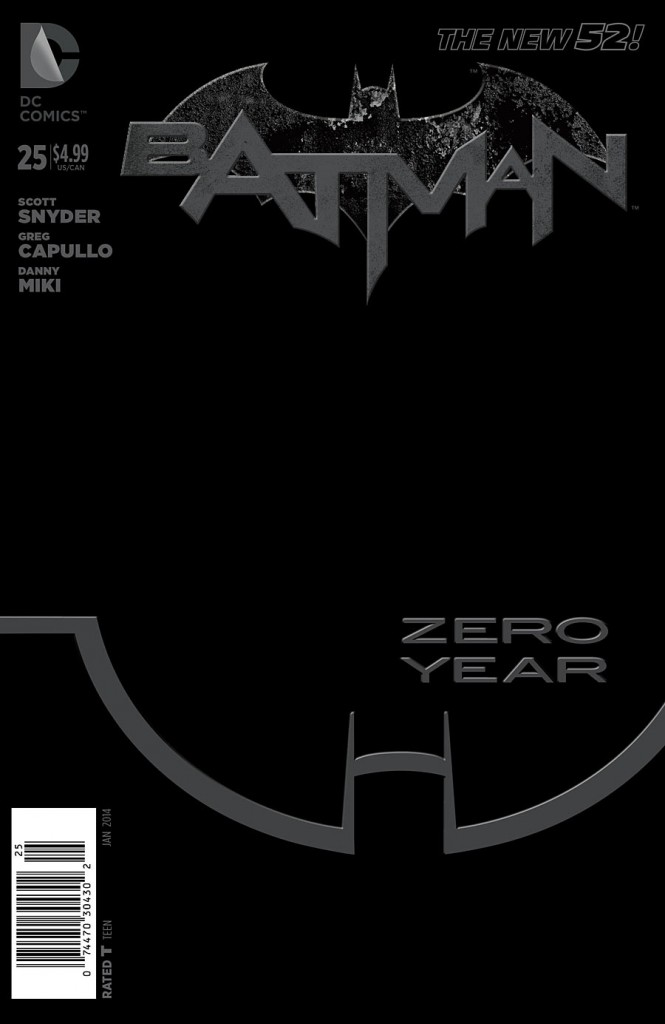 ‘Batman: Zero Year’ reaches a new level as The Riddler sends Gotham City into total darkness! “Dark City” begins in this issue that features an embossed cover. And the Zero Year blackout spreads into other titles this month, affecting heroes across the DC Universe!