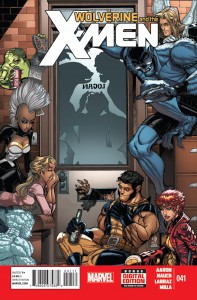 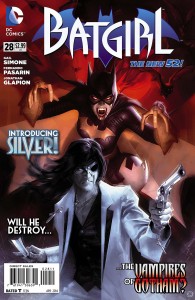 It’s a hazardous reunion between Batgirl and the former Court of Owls assassin Strix as they face off against the lethal new threat known as Silver – the man who knows the secret of Gotham City’s conspiracy of bats! 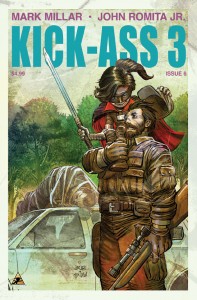 It’s the flashback issue you’ve all been waiting for: The secret origin of Hit-Girl! Training, first blood, and of course, lots of hugs and positive reinforcement from Big Daddy. Exactly how does little Mindy McCready earn her assassin stripes? Hint: It ain’t by collecting stickers. This issue will be extra-sized for extra awesome! 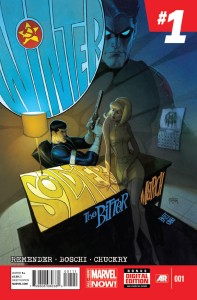 1966: With Nick Fury missing, and presumed dead, global espionage agency S.H.I.E.L.D. sends secret agent Ran Shen to collect two Nazi scientists with the key to defining who wins the Cold War. But the Americans are not the only ones who want the high value scientists. The Soviets have opened the Red Room, releasing their most dangerous operative –The Winter Soldier, who unbeknownst to the world, is the presumed-dead partner of Captain America-Bucky Barnes! The brainwashed soldier’s mission: to acquire the scientists by any means or to kill them should they fall into American hands. This classic 60′s style, high-octane, spy pulp told at Cold War’s peak follows Ran Shen and his terrified scientists as they creep out of the shadow of East Berlin. Intrigue, adventure, romance and murder abound with ramifications that will shatter relationships in the modern-day Marvel Universe-including one with the Star Spangled Avenger himself! 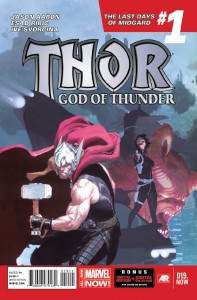 The last days of Midgard begin NOW! Thor, Asgardian God of Thunder, has always fought to save his adopted home of Earth. But who can he fight when the planet itself is dying? Thor’s mortal ally and environmental secret agent Roz Solomon has a few ideas. Namely the world’s largest and most nefarious energy company Roxxon, and its ruthless new CEO known as “The Minotaur.” Has the God of Thunder finally met his match, in the form of a multinational super-corporation? Meanwhile, many millennia ahead, a future version of Thor faces a very different battle to save what remains of the earth–a battle against the greatest villain the Marvel Universe has ever known-Galactus, the Devourer of Worlds! 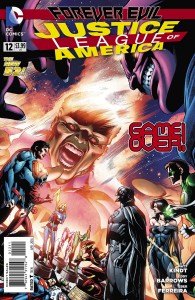 A devastating battle against Despero begins as Manhunter and Stargirl arrive in San Francisco to save Stargirl’s family from Firestorm’s fallout! 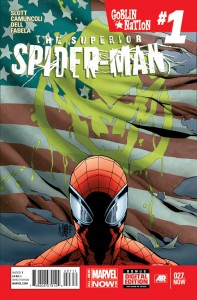 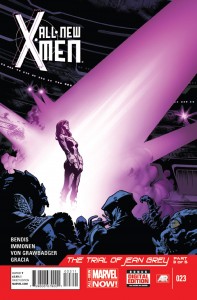 “The Trial Of Jean Grey” Part 3! Jean is on trial and it’s up to the All-New X-Men and Guardians of the Galaxy to get her free. 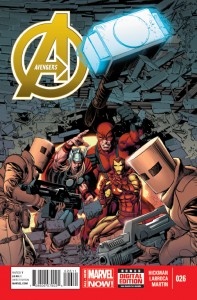 “Adapt Or Die”. The science war overtakes the world(s). The All-New Avengers Strike Back! All the answers to the questions you wished remained hidden. The collision of Avengers and New Avengers is imminent. 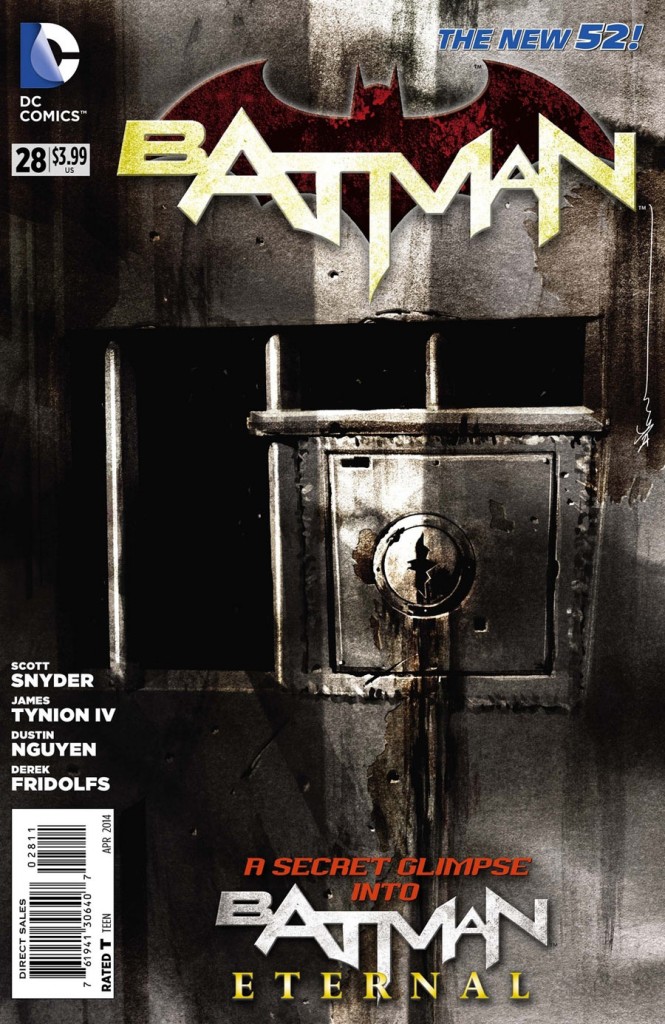 This special issue, written by Scott Snyder and James Tynion with art and cover by Dustin Nguyen, will provide a peek at what’s to come in the weekly Batman Eternal series, with glimpses at some key characters in the series.