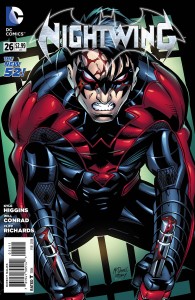 With the events of ‘Forever Evil’ looming, Nightwing enters the final stages of life as he knows it! 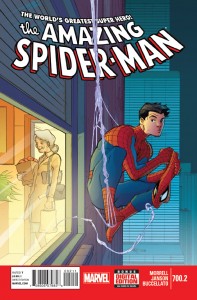 One year after his death at the hands of the Superior Spider-Man – Peter Parker is back! Acclaimed novelist David Morrell (First Blood) and legendary comics icon Klaus Janson (Daredevil: End Of Days) team up to kick off this celebration of the world’s greatest super hero! With a blizzard crippling New York City, Spider-Man must protect the city – but Aunt May’s life is in danger! 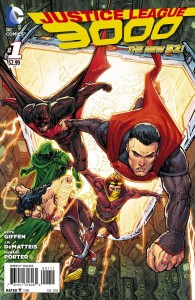 The new series starring the heroes of today – tomorrow is resolicited, now with legendary artist Howard Porter (JLA) on board! But what are these heroes doing in the year 3000? And who (or what) brought them there? Get ready for a dose of wonder from the writing team of Keith Giffen and J.M. DeMatteis! 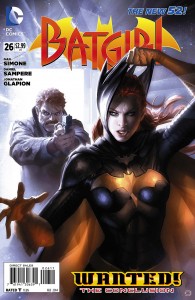 The shocking conclusion of “Batgirl: Wanted”! Can Barbara save her father’s life without compromising the truth about her brother’s death? 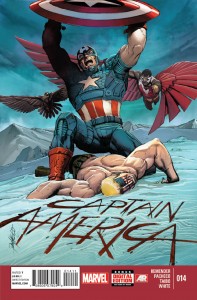 “Loose Nuke” Part 4. Falcon and Captain America in the fight of their lives! The Iron Nail’s revenge takes form. No more greed. No more pollution. No more you. No more me. From here out there is only us! What is Nuke’s true mission? What does it have to do with the Weapon Minus program? 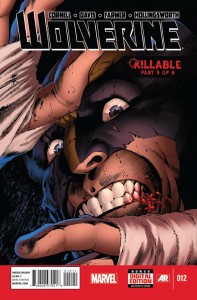 The penultimate chapter of “Killable”, the storyline that will change Wolverine as we know him forever! Wolverine is confronted with the mastermind behind the bounty on his head. Meanwhile, the virus is in its final stages of a hostile takeover of the human race! 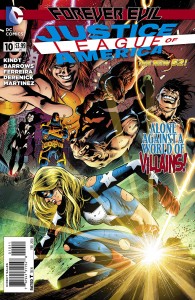 A “Forever Evil” tie-in! The survivors of the Crime Syndicate’s attack now face a world where Earth’s most dangerous criminals are in charge. Can they bring a new team together in time to combat them? 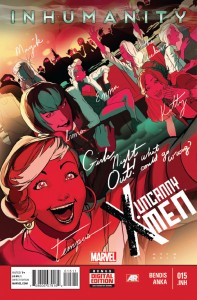 “Inhumanity” tie-in! The ladies of the Uncanny X-Men go out on the town and find themselves face-to-face with the effects of “Inhumanity”. Wait, is that Kitty Pryde with the Uncanny X-Men?!?! Rising star Kris Anka (covers of Uncanny X-Force, All New X-Men Special) comes in as guest artist for this special issue! 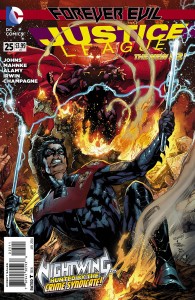 ‘Forever Evil’ continues as the Crime Syndicate hunts down the few heroes left foolish enough to challenge them-including Batman’s protege, Dick Grayson. But Owlman has other plans for Nightwing…and Owlman’s teammate: the most deadly being on the planet: Ultraman! 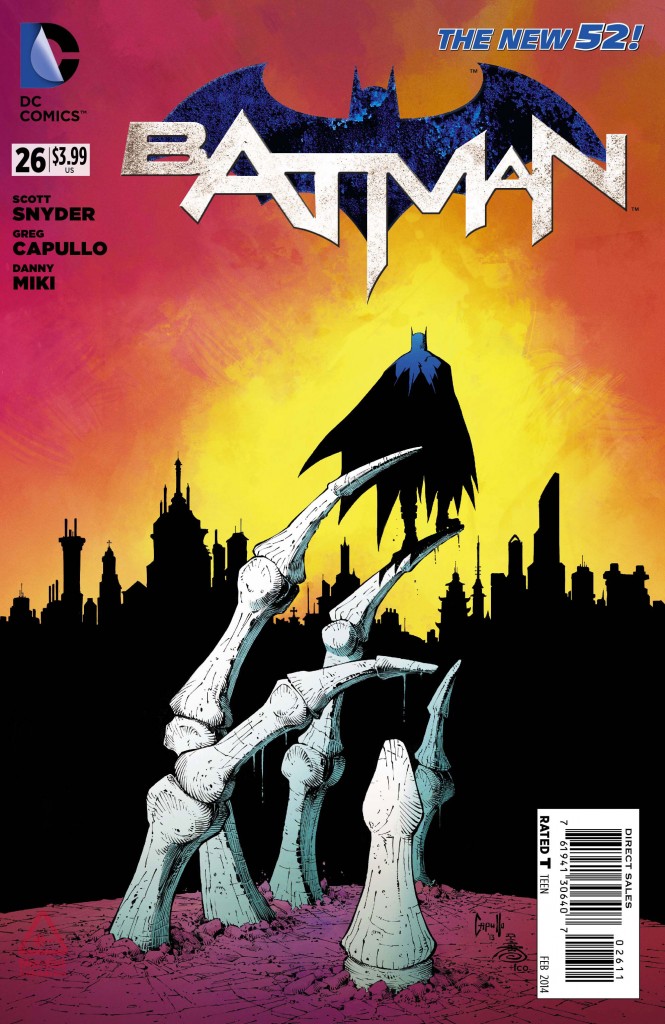 “Zero Year” continues! With Gotham City thrown into total chaos by The Riddler, Batman and Jim Gordon must learn to work together!