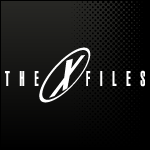 IDW Publishing are bringing the X-Files back in a brand new, ongoing comic series picking up where season 9 of the TV show left off.

Don’t miss out on the continuing adventures of Mulder and Scully – sign up for a Six-Issue-Subscription below, or make sure you add the X-Files to your monthly Economic Comics subscription list! 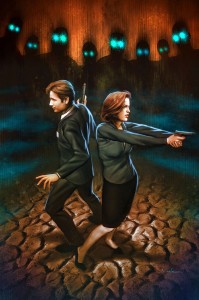 Agents Mulder and Scully are back, continuing the story where the TV show and movies left off!

For years they investigated the paranormal, pursued the “monsters of the week,” and sought the truth behind extraterrestrial activity, along with the grand conspiracy surrounding it rooted deep within their own government. But when agents Mulder and Scully reunite for a new, ongoing series that ushers The X-Files into a new era of technological paranoia, multinational concerns and otherworldly threats, it’ll take more than a desire “to believe” to make it out alive. The X-Files: Season 10 also sees creator Chris Carter return to the fold as Executive Producer!

IDW are also releasing a collection of previously released X-Files stories in a collected edition, due for release on 12 June 2013. The graphic novel includes contributions from Walking Dead artist Charlie Adlard!

The Truth Is… in here!

Team up with Mulder and Scully as they unravel mysteries only seen in comic books! This first collection features stories like “Not to be Opened Until X-mas,” “Firebird,” “Trepanning Opera,” “Silent Cities of the Mind” and more.

We also have a couple of Wildstorm X-Files comics in our eBay store.