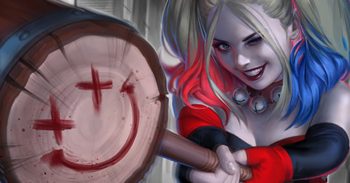 Harley Quinn’s gotta protect her neighborhood against an all-out zombie apocalypse! Break out the chainsaws, everybody! Kill Or Be Killed is both a thriller and a deconstruction of vigilantism! Do you hear that, Daredevil? It sounds like an Echo! James Bond is trapped in Los Angeles with a MI6 agent under fire! And Rick Flag takes on the single most dangerous job in the entire DC Universe – keeping the Suicide Squad alive!