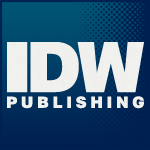 IDW are to release Season Four of Jericho in comic book form. The TV show, an action/drama series centering on the residents of the fictional town of Jericho, Kansas, in the aftermath of nuclear attacks on 23 major cities in the US, only ran for two seasons, but the third season, previously published originally by […]