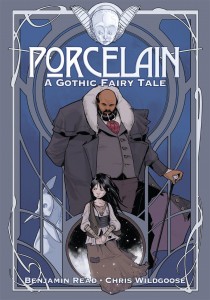 Opening on a snowy, Dickensian city setting in a world almost parallel to ours, we are introduced to a feisty street urchin named only as ‘Child’, as she is forced to climb over the high wall and into the garden of a reclusive ‘wizard’, by her unsavoury peers. Once over the wall she is confronted by a pair of shiny white, automaton beasts. The stage is then set as this prompts the first appearance of the ‘Artificer’, the other central character in the tale. A large and kindly man, he is charmed by Child’s spirit and demeanour and takes pity on her, inviting her to stay with him in his enormous mansion.

As their relationship, which can be best described as an adoptive father and his daughter, grows, the Artificer offers Child anything she wants within his home with only one rule – she must not enter his workroom, a place where he creates the large number of artificial, alchemically-powered servants and animals from the bone-ash of deceased criminals supplied by the local ‘Bone Wagon’…

The story takes some inspiration from the Brothers Grimm fairy tales and echoes ‘Beauty And The Beast’ somewhat. It is emotionally engaging as you feel for both the Artificer, a man who yearns to improve the situation for his young ward while he harbours some melancholic secrets from her himself, and the Child, with her inquisitive and pragmatic nature, as the story progresses towards a dark finale. 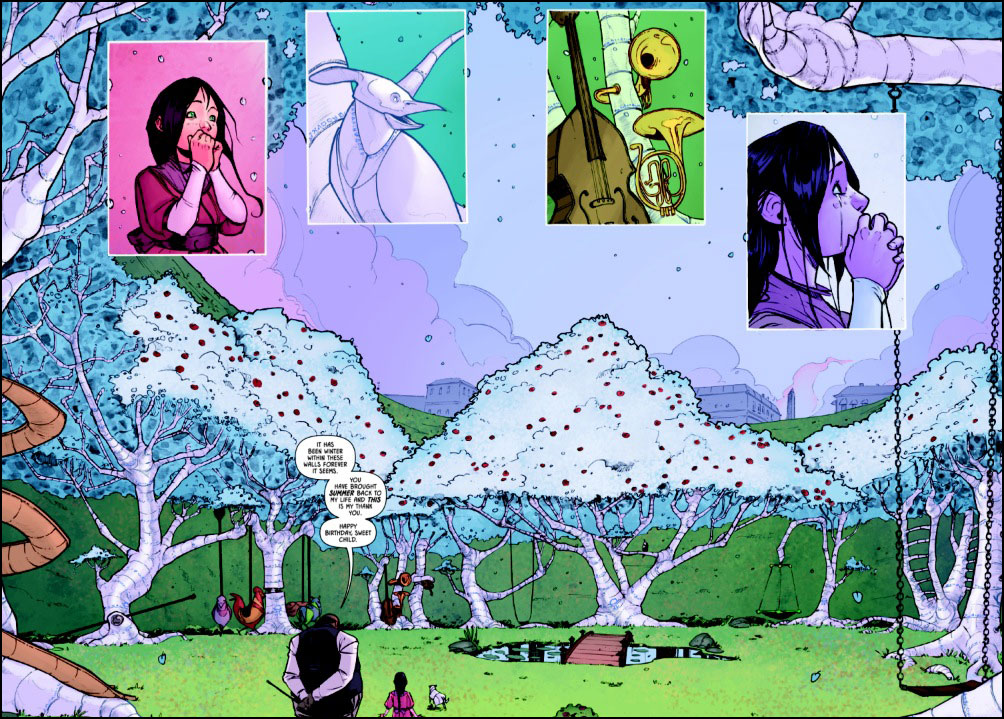 Benjamin Read imbues his characters with heart and a human quality, typified in his wonderful colloquial dialogue, which all serves to add a sadness as the tale leads towards it’s finale. 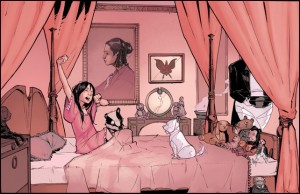 One of the most outstanding aspects of ‘Porcelain’ is Chris Wildgoose’s stunning artwork. Beautifully coloured in a slightly under-stated fashion by Brazilian comic colourist André May, Wildgoose’s pen and ink work shines throughout and is often enough to display the full range of emotions the characters (which are impeccably designed, by the way) are going through, before the addition of Read’s words.

There is a gallery of inspired artwork from artists such as P.J. Holden, Alison Sampson and Laura Trinder included at the back of the book, along with a wealth of conceptual designs and sketches to round off a fantastic package.

Definitely one for fans of DC’s Vertigo label and anyone who enjoys a good story presented in a beautiful manner, Porcelain: A Gothic Fairy Tale is a truly beautiful piece of work.

You can download a 12 page preview of ‘Porcelain’ from Improper Books here.

“It is absolutely stunning. Even in in the dark, horror-tinted depth of my imagination, I didn’t guess what was around each turn before I got there, and yet the story fell wonderfully into sequence like a centuries-old fable.” – houseofbetty

“With this release, Improper Books don’t just deliver a beautiful, tragic, gothic fairy tale: they set high standards in terms of production and content, on a par with the best of French bande dessinees and the work of ground-breaking British artists such as Bryan Talbot. The quality of this title cannot, in my opinion, be understated, on so many levels.” – downthetubes.net