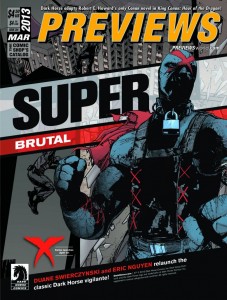 The March Previews Order Form is now available as a spreadsheet csv file for you to download and view! 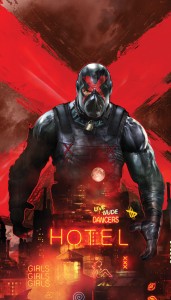 Dark Horse Comics follows the blockbuster return of ‘Ghost’ with the next super-hero relaunch – ‘X’!

The streets of Arcadia are infested with the criminal underworld, and life is harsh. It will take an unrelenting vigilante to bring justice to the corrupted streets, and that requires X! With the criminal organizations and the corrupt justice system allied against him, X will need unexpected allies to clean up the streets and make Arcadia safe for ordinary citizens once more!

Written by Duane Swierczynski and drawn by Eric Nguyen, X will take readers on a high-octane ride through Dark Horse Comics’ meanest city! 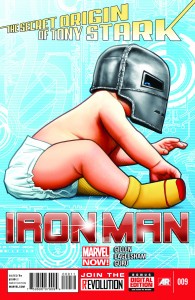 Gillen and Eaglesham’s ‘The Secret Origin of Tony Stark’ kicks off with May’s ‘Iron Man #9’ and continues in ‘Iron Man #10’. 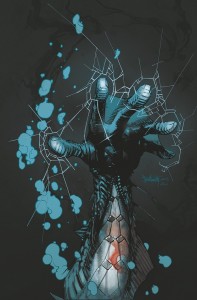 “There’s something down there…”

When Marine Biologist Lee Archer is approached by the Department of Homeland Security for help with a new threat, she declines, but quickly realizes they won’t take no for an answer. Soon she is plunging to the depths of the Arctic Circle to a secret, underwater oilrig where they’ve discovered something miraculous and terrifying…

Writer Scott Snyder (‘Batman’, ‘American Vampire’) and artist Sean Murphy (‘Punk Rock Jesus’) bring their acclaimed talents to this sci-fi/horror epic that explores the horrors of the deep, probes the origins of human history, and leaps far beyond to a frightening future. 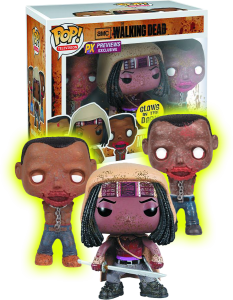 A Previews Exclusive! Fan-favourite character Michonne, the katana-wielding goddess of the zombie apocalypse, is now a cute vinyl figure from Funko and their POP! Television vinyl figure series. You get Michonne, along with her two zombie pets, in this exclusive set, all featuring glow-in—the-dark highlights! Window box packaging.