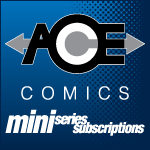 Dark Horse‘s upcoming crossover event, Fire And Stone, has expanded to include two new titles arriving in October – Predator and Alien Vs Predator!

AVP writer Christopher Sebela: “Dark Horse had the idea of doing more Aliens and Predators stories, only this time they wanted to do it as a writer’s room format, where writers, artists and editors all get together and build a story. As far as what the catalyst was for Dark Horse wanting to do this? Probably between the Prometheus movie coming out a couple years ago and the fact that Xenomorphs and Predators are cool as heck, it seems like a pretty easy trigger to pull. There will be some aliens and they most definitely will still be versus Predators, so that much we are staying faithful to, but across all four of the books, we set out to make stories that stood on their own and built an entirely new path in this mythology.”

Predator writer Joshua Williamson: “It started with Mike Richardson and Dark Horse. On my end, we had been talking about doing an Alien book for a few years, something closer to the first classic Alien film. So they knew I was already interested in this universe. After Prometheus came out, they knew that fans wanted more. The idea of doing a crossover with Alien was too good to miss, and Dark Horse, who is known for doing this kind of thing, wasn’t going to do a half measure – and tossed AVP and Predator in there.”

All of the Miniseries Subscriptions are currently available to preorder. Just add the titles below…

As the Perses begins her long journey home, a deadly stowaway forces the crew into a savage conflict! While the crew defend themselves against this unseen predator, the hunter itself stalks a much more substantial game!

As the mercenary crew of the Perses leave the horror of LV-223 behind them, one passenger reveals a terrible new danger, and the crew soon find themselves in a deadly struggle between predator and prey!

During a vicious xenomorph outbreak, terraforming engineer Derrick Russell leads a desperate group of survivors onto a rickety mining vessel. They hope to escape the creatures overrunning their colony-but they’ll face horrors both in space and on the strange planet they crash on. Ties in with the Prometheus and Aliens films!

When the Prometheus never returned from her fateful journey to LV-223, the questions surrounding the origins of man went unanswered. Now a new team of explorers seeks to uncover the dark mystery that holds not only the fate of the original mission, but possibly their own damnation.

Miniseries Subscriptions are the easiest way to preorder upcoming miniseries.

Simply the title to your basket and, once you have completed the checkout, sit back, relax and the entire run of the miniseries will arrive regularly through the mail, bagged and boarded!

An expected due date (subject to change) is listed for the first issue. Subsequent issues will be sent out as soon as we receive them.

If you can’t find the miniseries you want listed for subscription, simply contact us and we’ll be happy to set up a unique subscription for you.

Shipping within the UK is FREE.