Guarding the Globe, the spin-off miniseries from Robert Kirkman’s ‘Invincible’, is set to return as an ongoing series this September. Phil Hester will be taking over writing duties from Kirkman with Todd Nauck handling all the art. There will be a taste of what’s to come from the new creative team on Free Comic Book Day, May 5th.

“The Invincible Universe has outgrown its parent title and I’m very excited about being able to tell larger, more in depth stories with some of the key players from that book in this series,” said Guarding the Globe creator/writer Robert Kirkman, “Phil Hester and Todd Nauck are well known to fans of superhero comics and I think people are fully aware that they’re going to knock this book out of the park.” 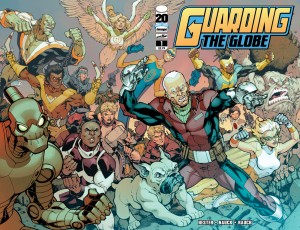