We have another four great titles now available for you to preorder in bundles of six!

Click on the links to be transported to our 6-Issue Subs page, where you can add the subscription to your basket!

Cartoon Network’s Ben 10 is back with a comic new series from IDW Publishing launching November 2013.

Set in the current ‘Ben 10: Omniverse’ universe, Ben’s now 16 and teamed up with Rook, his new alien sidekick, Gwen, Kevin, Grandpa Max and the whole gang – and an even better Omnitrix!

ACE Opinion: “An awesome title aimed at younger readers, Ben 10 will be familiar to many and this new series is a great way to follow his further adventures!” 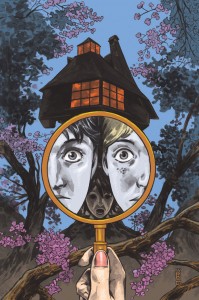 From the pages of The Sandman, Neil Gaiman’s dead boys get their own monthly series! As fans of storybook detectives, Edwin Paine (died 1916) and Charles Rowland (died 1990) will take on any and all mysteries – including their own untimely deaths!

Dead Boy Detectives is a fast-paced adventure series that takes us from the bustling streets of contemporary London to Japanese-inspired video games and dangerous worlds perched somewhere between the now and nevermore. 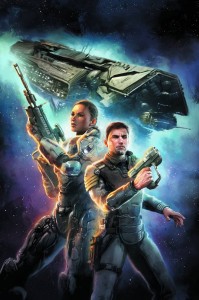 Halo, the most celebrated video game series of all time, joins forces with Dark Horse for a thrilling new ongoing series!

Spinning directly out of the events of Halo 4 and featuring Captain Lasky, Spartan Palmer, and a cast of recognizable characters, this ongoing series is poised to be essential reading for fans in search of new story lines set within the canon of the Halo universe!

ACE Opinion: “Halo: Escalation gives fans of the franchise the chance to delve deeper into the rich Halo universe.” 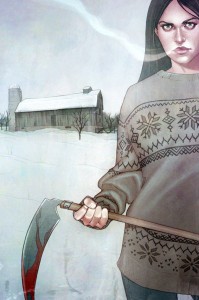 For one day in rural central Wisconsin, the dead came back to life. Now it’s up to Officer Dana Cypress to deal with the media scrutiny, religious zealots, and government quarantine that has come with them. In a town where the living have to learn to deal with those who are supposed to be dead, Officer Cypress must solve a brutal murder, and everyone, alive or undead, is a suspect. Created by New York Times Bestselling author Tim Seeley and Eisner-winning artist Mike Norton.

ACE Opinion: “Half Cohen Brothers, half George A. Romero, Revival mixes elements of horror and humour into the small-town drama. A genuinely good read.”

6-Issue Subscriptions are the easiest way to preorder your new comics. Select a title from our 6-Issue Subs page and, once you have completed the checkout, simply sit back, relax and wait as the following six issues of the comic arrive regularly through the mail, bagged and boarded!

Visit the 6-Issue Subscriptions page here to see all of the titles we have on offer.