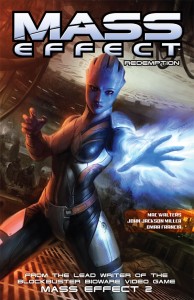 The eagerly anticipated sequel to the blockbuster science-fiction epic IGN.com named the #1 Xbox 360 game of all time, Mass Effect 2 begins with the disappearance of Commander Shepard. The story of what happens next-exclusive to this graphic novel-will have the commander’s companion Dr. Liara T’Soni undertake a deadly mission of extraordinary importance in the Milky Way’s lawless Terminus Systems.

The Illusive Man sits at the center of many of the galaxy’s greatest mysteries and is a key figure of Mass Effect 2 and beyond. Now, for the first time anywhere, the origin of the Illusive Man is revealed, in a story exclusive to this graphic novel! 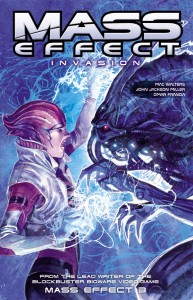 The Omega space station is the center of lawlessness in the galaxy, a den of vice ruled by the deadly asari Aria. It is also a strategic foothold in a galaxy-wide power struggle, and when the station comes under attack from a new threat unleashed by the humanity-first organization Cerberus, Aria is forced to become more ruthless than ever to protect her home–and her dominion!

Please note ‘Mass Effect: Invasion’ is a preorder and due for release on April 11, 2012. Any orders placed will be shipped as soon as stock arrives.

Check out the Preview for ‘Mass Effect: Invasion’ below: 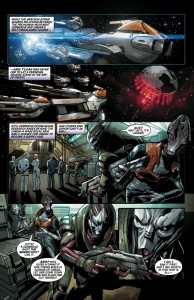 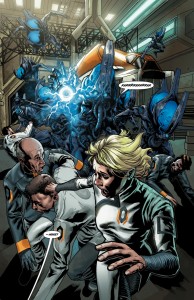 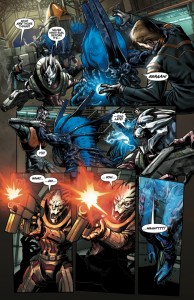 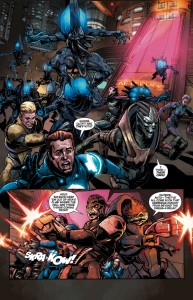 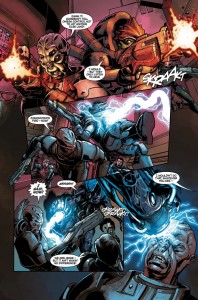 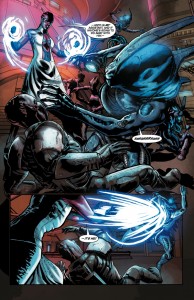 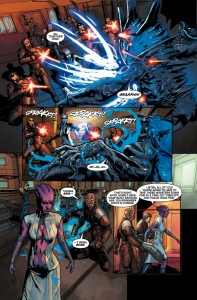