With Christmas fast approaching, here’s a few ideas for those members of your family who are action-figure inclined. All are stocked in our stores, so just call 01206 561912 or email us to place an order…

Marvel’s Avengers movie was one of the hit movies from 2012, and Hasbro have offered up a great selection of characters from the film. Whether you’re soaring towards space with a ballistic missile as the Armoured Avenger or falling through the skies in a Helicarrier prison as the God of Thunder, great fun is to be had with these cool toys.

We still have in stock…

Spider-Man also made an appearance at the flicks this year, played by Andrew Garfield. We have a great range of the cool figures released by Hasbro from this film as well. 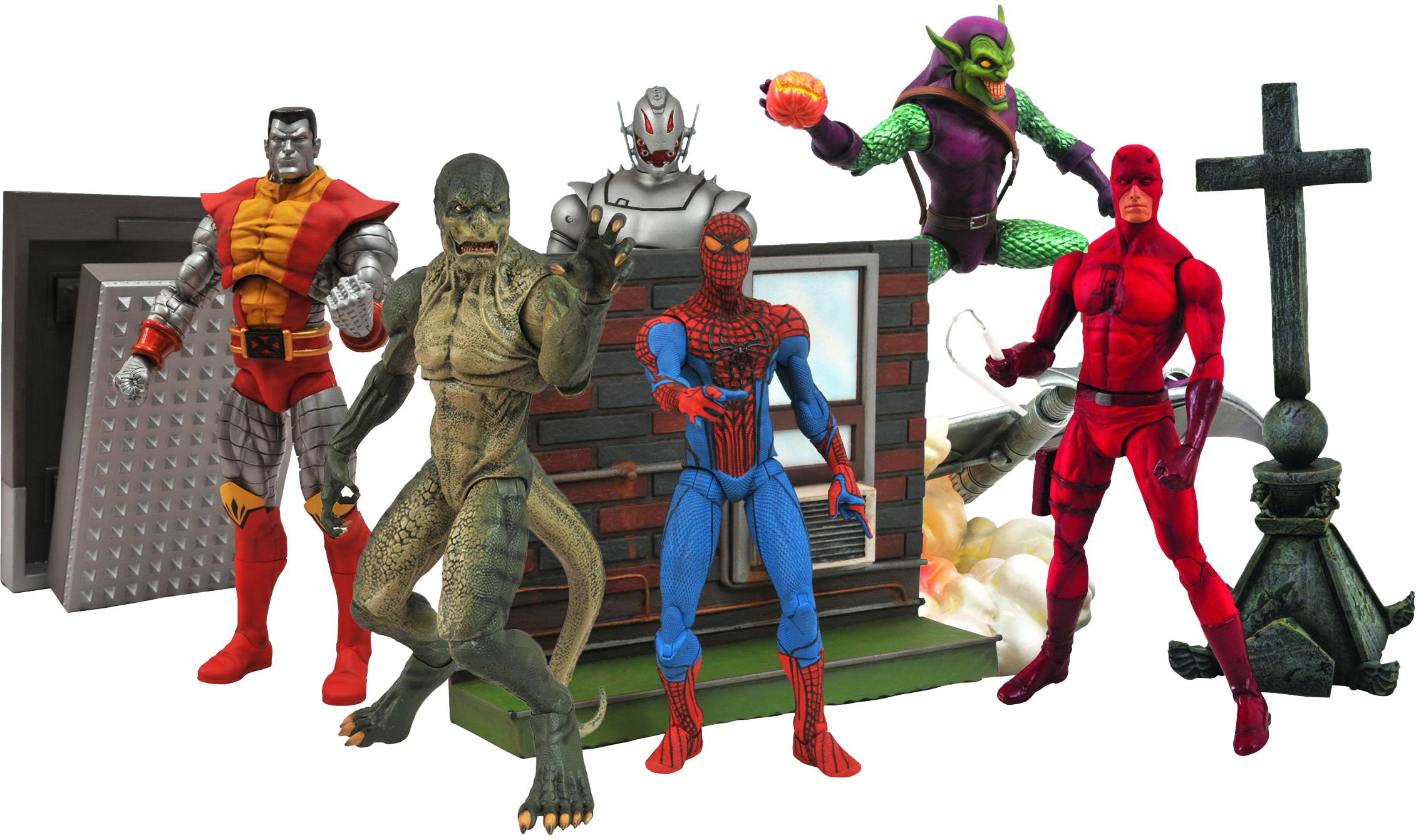 For a number of years, Marvel have been releasing larger, more detailed figures in their Marvel Select line. These have proven to be very popular and are bound to find themselves under a number of Christmas Trees this year.

We currently still have in stock…