Writer/ artist Jeff Lemire and Colorist Jose Villarrubia hav espoken this week about Sweet Tooth, the DC Vertigo title centered around Gus, the nine-year-old boy with antlers living in a rural post-apocalyptic world. 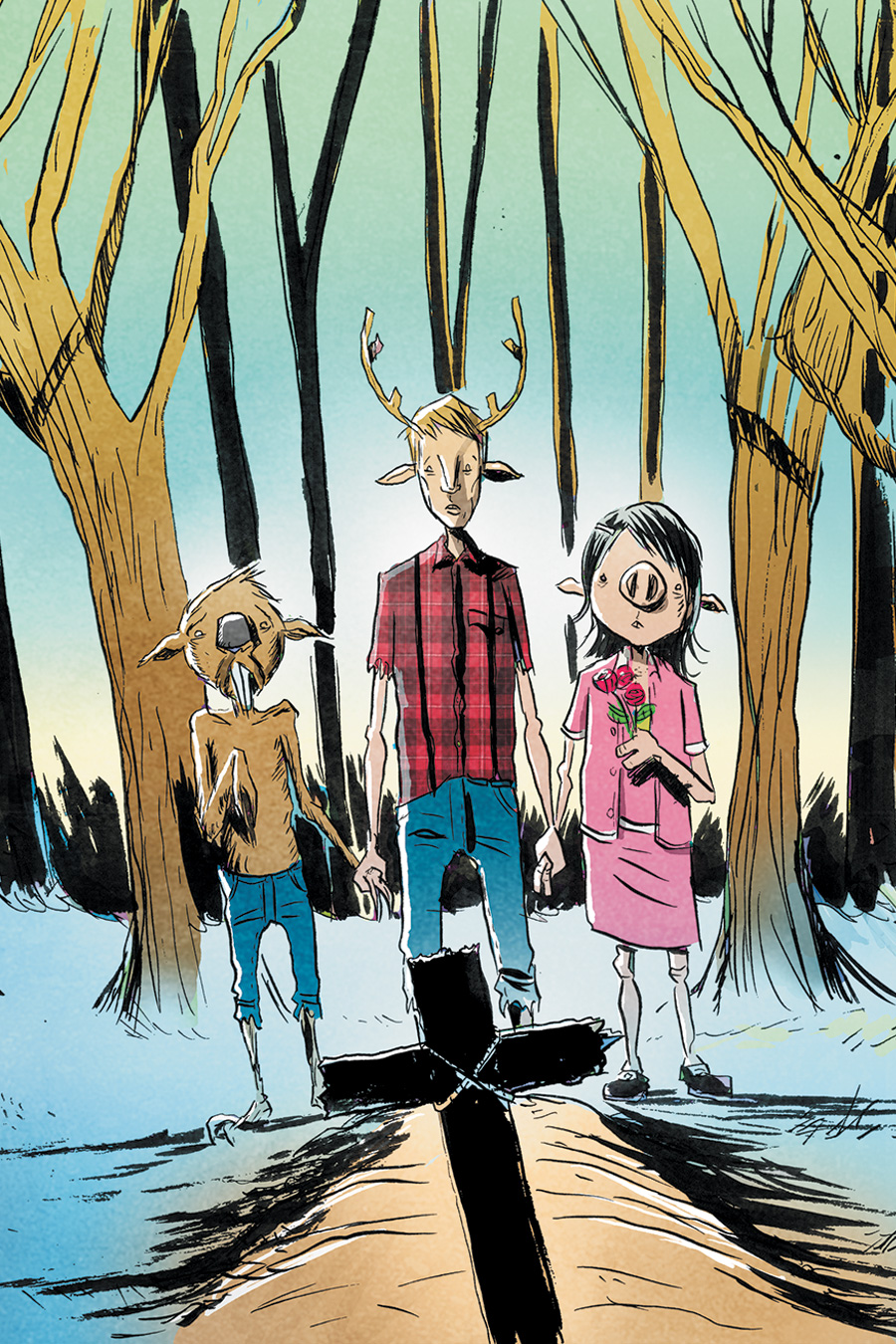 Jeff Lemire: “When I started working on Sweet Tooth three years ago I thought I’d be lucky if the series made it ten issues. I never dreamed I’d be able to tell the kind of sprawling, 40-issue epic that it ended up becoming. In many ways Sweet Tooth’s likelihood of survival in the competitive comics market was about as great as Gus’ likelihood of survival in the post-apocalyptic world he inhabits. After all, who would have bet on a weird little book about a boy with antlers ever surviving in a market flooded with blockbuster cape and tight titles? But somehow it did. Because of my incredibly loyal fans and the a lot of hard work from collaborators like Matt Kindt, Nate Powell, Emi Lenox and, of course, my closest and most valued teammate, the great Jose Villarrubia, Sweet Tooth survived.

So why end it now? I want to make one thing really clear…Sweet Tooth is not being cancelled. The decision to end it at #40 is entirely my choice. Truth is, I always knew what the ending of Sweet Tooth would be. It was one of the first ideas I came up with when writing the pitch for the book. The beginning and the end of this story were always pretty much written in stone, it was the middle bit that was fluid, and grew and changed as I went along. So, for me it’s incredibly gratifying to finally get to the end of the journey with Gus and Jepperd. Everything I’ve done with the series so far, everything I’ve built month after month, has all been about this, the final story.”

Jose Villarrubia: “Working with Jeff Lemire in Sweet Tooth has been a career and personal highlight for me… After the first couple hesitant issues, where I was trying to find a coloring approach that was right for the series and Jeff’s art, it has all been smooth sailing… I feel that Sweet Tooth almost colors itself, the art is so bold, the storytelling so clear, the characters and environments so consistent, that I can see the pages in color in my mind’s eye when I first receive them. Because of this advantage, I have had room in this series to do more color that emphasizes emotional states than in any other project I have been involved with so far…. Jeff and our three editors have all been a dream to work with. And, no surprise, I am crazy about the story and characters…. It is almost painful to color when something bad happens to one of them… This is a testament to the integrity of the work within a medium that is flooded by gratuitous (and unaffecting) violence. I am so thankful to Jeff for this opportunity… and look forward with great anticipation to our next collaboration.”