DC have revealed the first images of the new additions to Hasbro’s Mr. Potato-Head line: Superman and Wonder Woman! 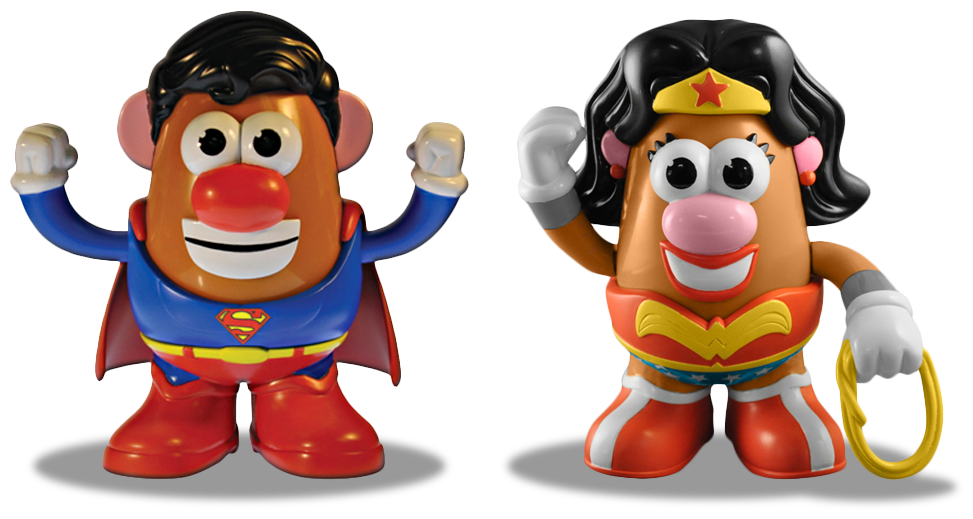 He may be made of plastic, but this summer Mr. Potato Head will be dressed as the Man of Steel, complete with his classic costume and cape. Meanwhile, Mrs. Potato Head pays homage to Wonder Woman, wearing her tiara, bracelets and lasso of truth. Each figure stands 6” tall, and is perfectly built for play or display…or both!

There are also plans to release The Dark Spud, from ‘The Dark Knight Rises’.