Our (Graphic) Novel Ideas provide you with a small selection of recommended graphic novels and collections for the month. These consist of old, new, superhero and alternative titles. We will be adding to the list each month, so make sure you check back for new reading suggestions. Plus, all books listed have free postage*.

Here are our recommendations for November 2012: 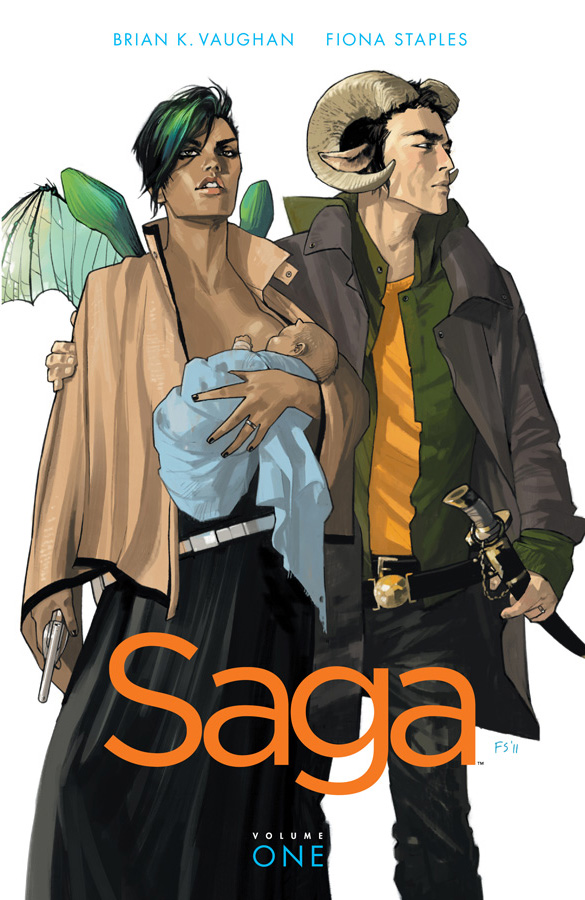 From New York Times bestselling writer Brian K.Vaughan (Y: The Last Man, Ex Machina) and critically acclaimed artist Fiona Staples (Mystery Society, North 40), Saga is the sweeping tale of one young family fighting to find their place in the worlds. When two soldiers from opposite sides of a never-ending galactic war fall in love, they risk everything to bring a fragile new life into a dangerous old universe. Fantasy and science fiction are wed like never before in a sexy, subversive drama for adults. This specially priced volume collects the first arc of the smash hit series The Onion A.V. Club calls “the emotional epic Hollywood wishes it could make.”

Marc says: “A tale of star-crossed lovers billed as a cross between ‘Game of Thrones’ and ‘Star Wars’, ‘Saga’ is this and so much more. Brian K. Vaughn (Y: The Last Man) delivers yet again. Fantastic!” 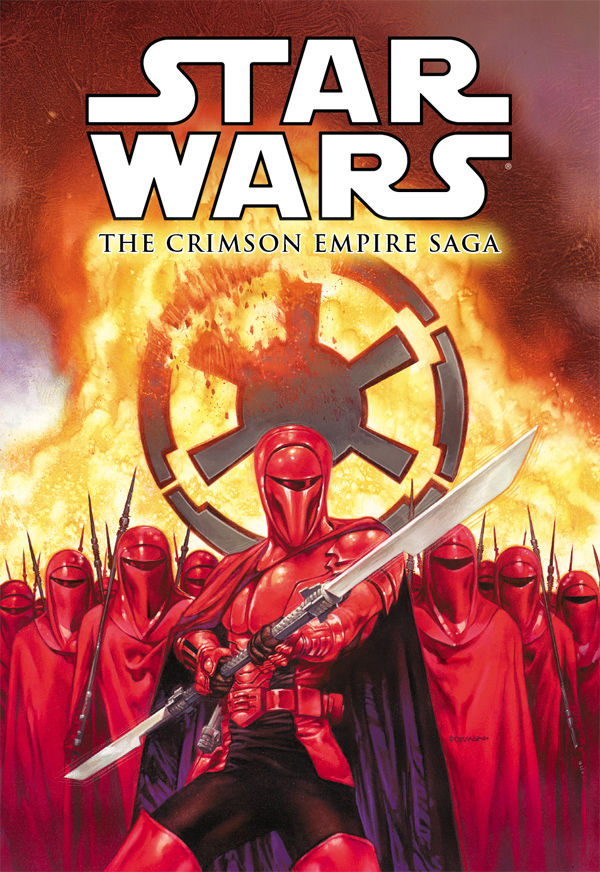 The blood-soaked tale of the last surviving member of Emperor Palpatine’s Royal Guard is now complete in one dust-jacketed hardcover edition! From revenge to redemption, the story of Kir Kanos takes him from the deserts of Yinchorr, to the halls of Imperial power, and to the inner circle of the New Republic. Included are encounters with Darth Vader, Boba Fett, Luke Skywalker, and Leia Organa Solo. An epic tale in one epic tome!

Guy says: “Remember those guys in red who stood by the elevator and said nothing in ‘Return of the Jedi’? Imagine if they were kick-ass!” 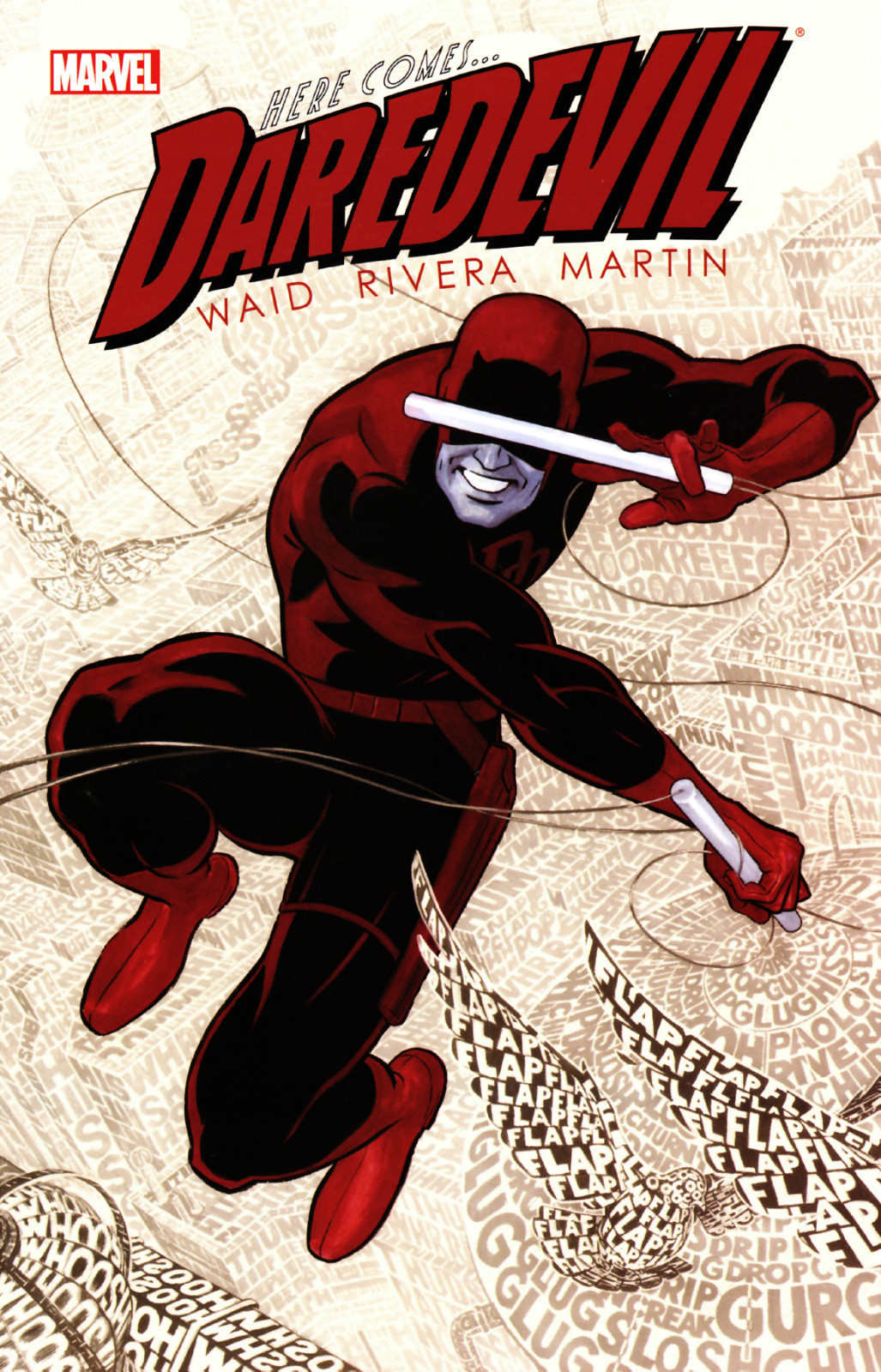 With new enemies, new friends … and that same old ‘grinning in the face of hell’ attitude, the Man Without Fear is back in action and leading with his face. Having turned his world upside over the past several years, Matt Murdock realizes that justice may not be blind to his past and villains may not be the only ones looking for answers. Bring it on. If Matt Murdock could see what he was doing … he’d be terrified.

Biff says: “At last, there is a little bit of fun and humour back in superhero comics.” 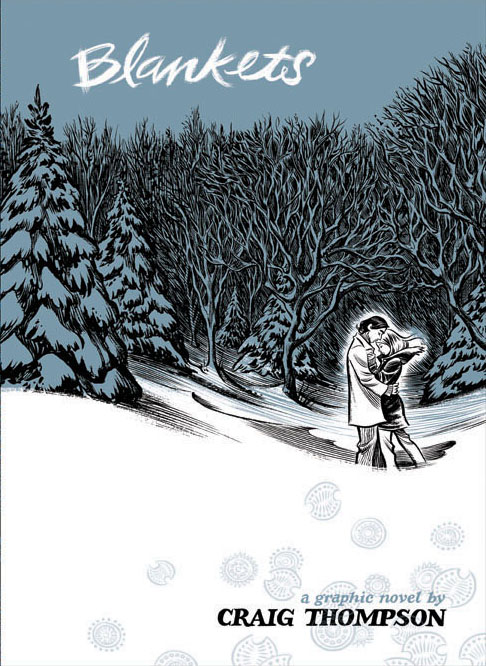 Wrapped in the landscape of a blustery Wisconsin winter, Blankets explores the sibling rivalry of two brothers growing up in the isolated country, and the budding romance of two coming-of-age lovers. A tale of security and discovery, of playfulness and tragedy, of a fall from grace and the origins of faith. A profound and utterly beautiful work.

Ed says: “You might think a book about a young man’s struggles with his faith and relationships would be a hard sell, but Craig Thompson’s beautifully written and illustrated work is so sincere, honest and true, it’s harder not to recommend it.”