This Saturday, ACE Comics stores are giving away some spectacularly spooky FREE COMICS!

Supplies are limited, so there will be an allocation of 3 books per customer. That way everyone can share in the joy of comics!

Take a look at the list below to see what takes your fancy. But be warned, they will be on a first-come-first-served basis… 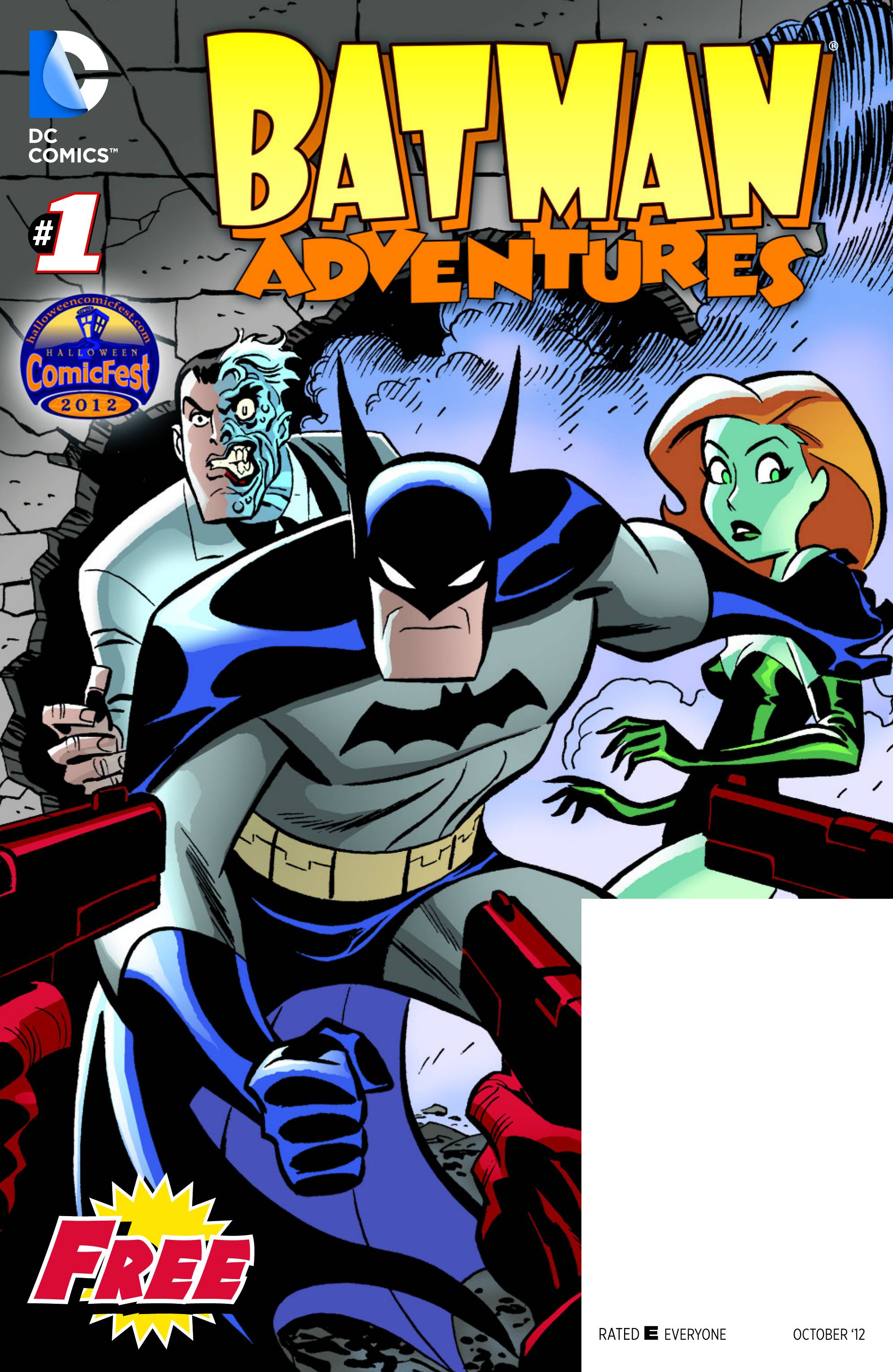 In his side of the comic, The Dark Knight meets Gotham City’s new vigilante, the Cavalier, and battles the evil of Ra’s Al Ghul in stories from BATMAN ADVENTURES #1 and #4.

And in the other side, the Mystery Inc. Gang tries to get to the bottom of “The Costume Caper,” in a story from SCOOBY-DOO, WHERE ARE YOU? #2. 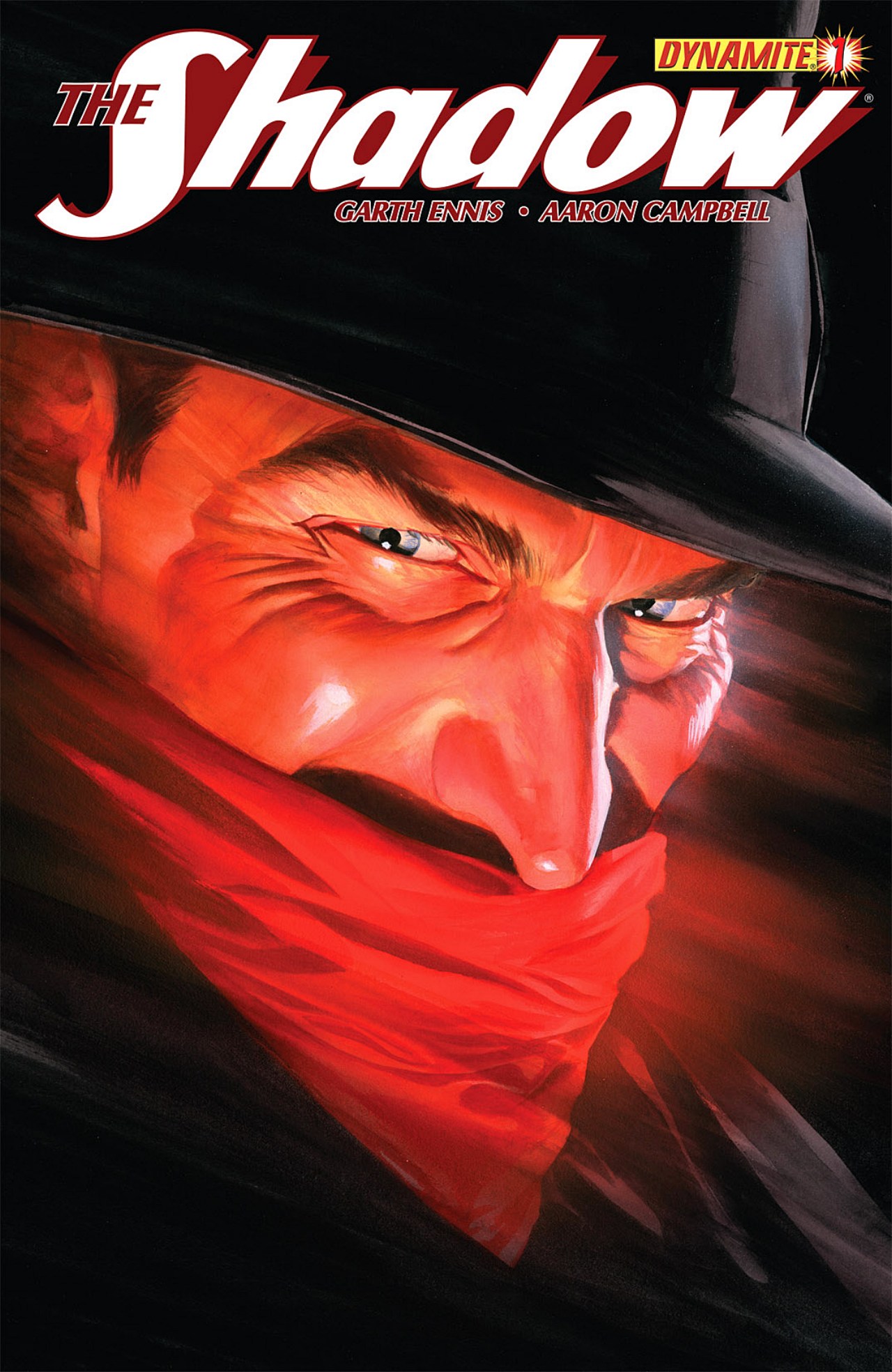 1938: The Shadow returns in a tale of blazing action and deadly intrigue, as a night of carnage on the New York waterfront plunges the mysterious vigilante into a conspiracy involving the fate of the world itself. As storm clouds gather across the globe, American Military Intelligence meets with a certain Lamont Cranston, determined to beat a host of spies and assassins to the greatest prize of all… but what that might be, only the Shadow knows. 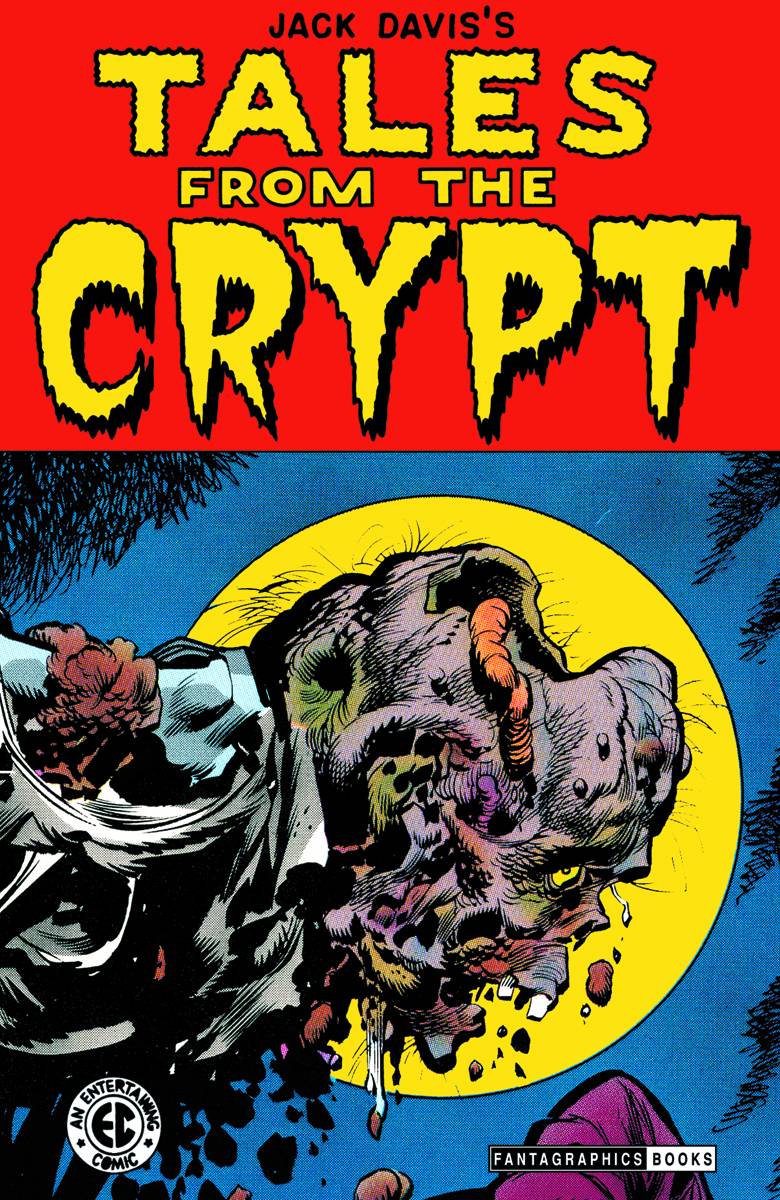 TALES FROM THE CRYPT
FANTAGRAPHICS BOOKS

Heh, heh! Got a real chiller-diller this time fiends! Join me, The Crypt-Keeper, your host of howls, along with Jack Davis and Al Feldstein as we creep our way through four spine-tingling, hair-standing, blood-curdling tales of terror from the vaults of EC Comics! We’ll scare you silly! Trick or treat? Treat!! 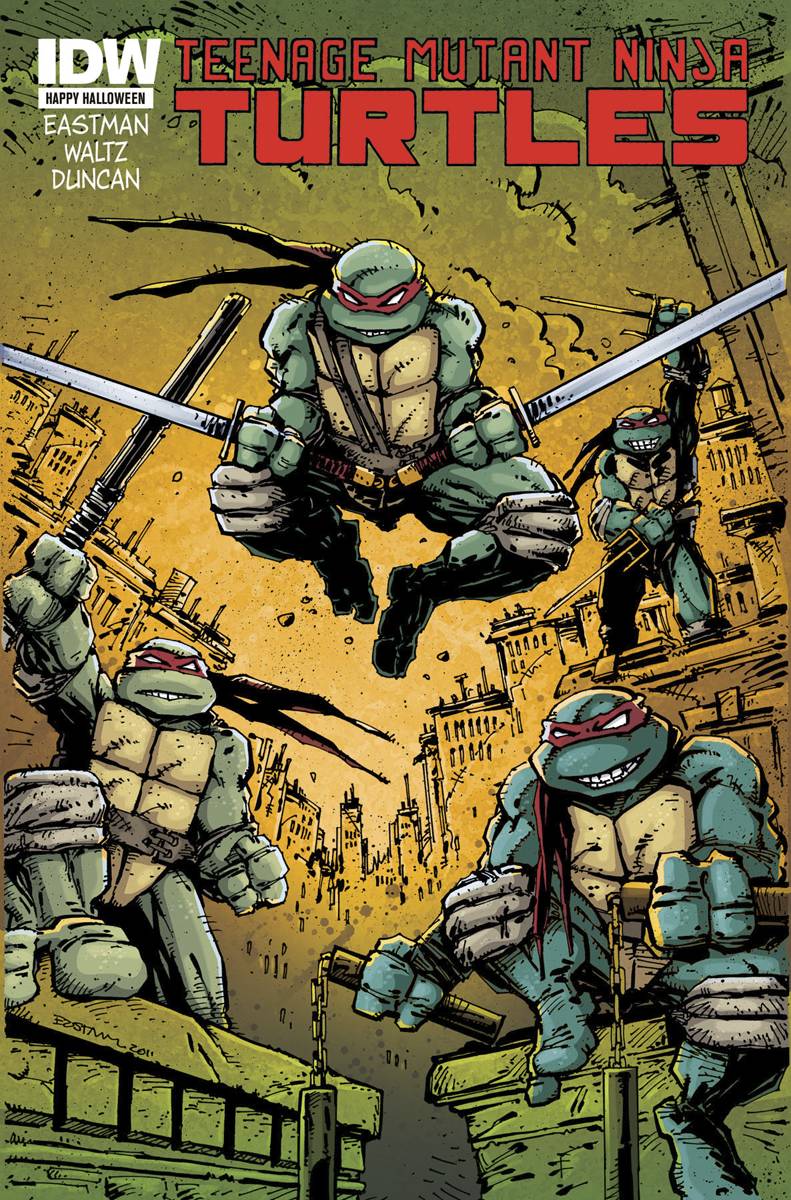 They’re back! The original heroes in a half-shell make a triumphant return to comics! Leonardo, Donatello, Michaelangelo, and Raphael reunite to bring their ninja aptitude and teenage attitude to IDW Publishing in this all-new, action-packed series. Featuring a cast of familiar characters—Master Splinter, April O’Neill, Casey Jones, and more—and true to the spirit of the original comics created by Kevin Eastman and Peter Laird, the Teenage Mutant Ninja Turtles are bigger and badder than ever, and ready to rock old and new fans alike! 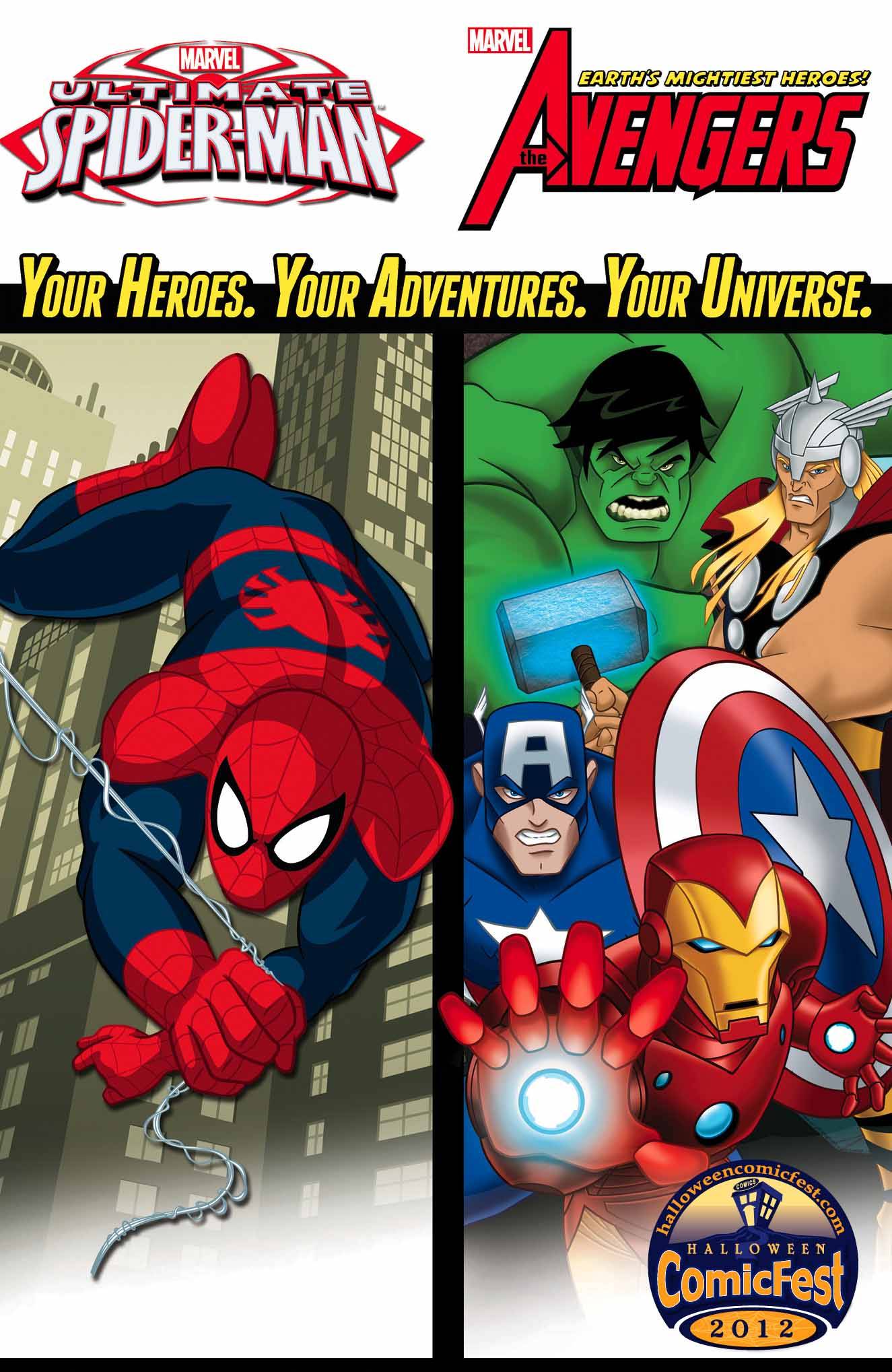 Celebrate Halloween with two thrilling tales featuring everyone’s favorite Wall-Crawler and the Earth’s Mightiest Heroes! It can’t get any better than free Spider-Man and Avengers comics, so don’t forget to stop into your local comic shop and pick up a copy! 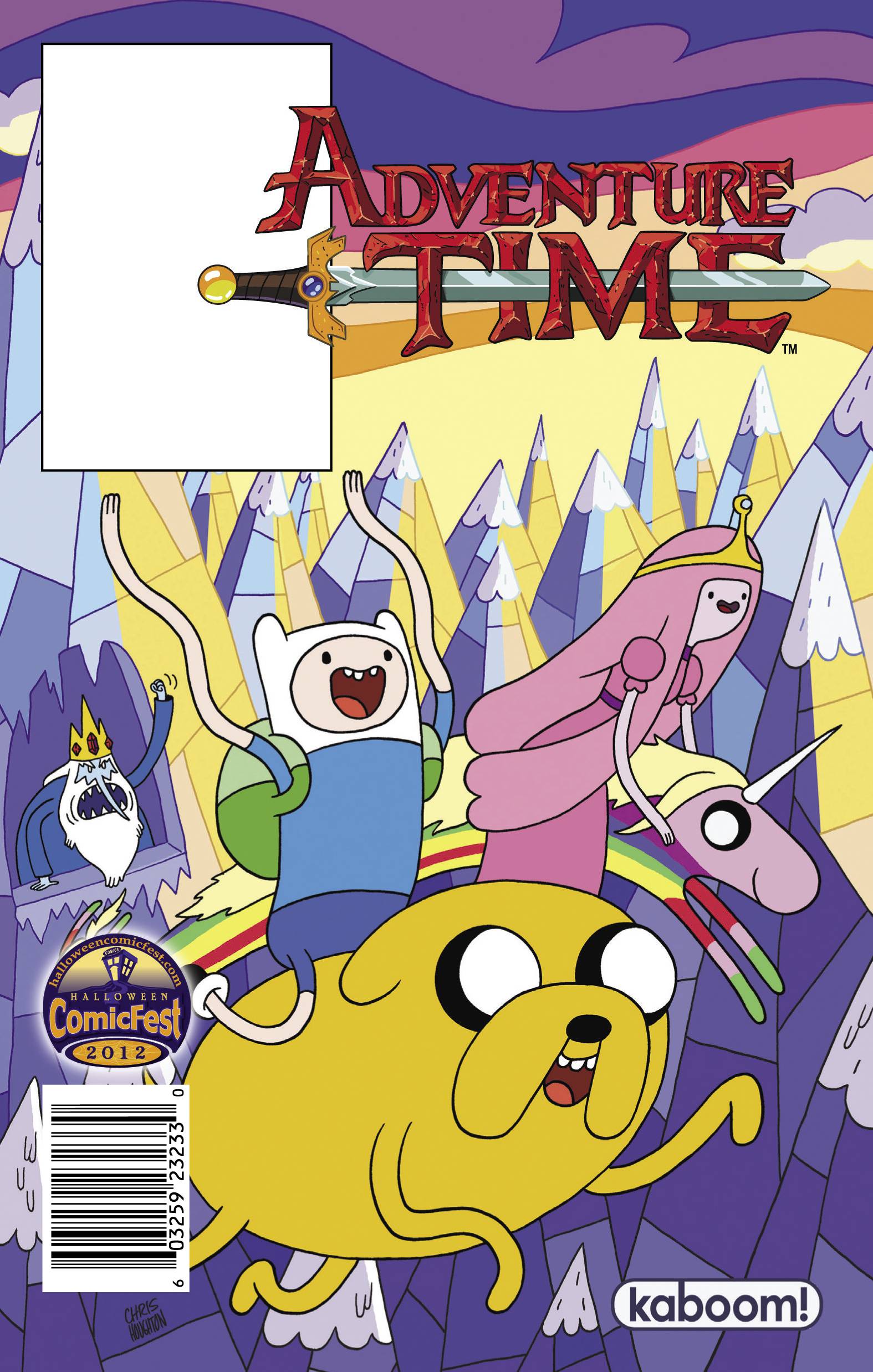 It’s ADVENTURE TIME! Join Finn the Human, Jake the Dog, and Princess Bubblegum for all-new adventures through The Land of Ooo. The top-rated Cartoon Network show now has its own comic book! With the show exploding in the ratings, garnering rave online reviews, major cosplay at the San Diego Comic-Con, and huge displays dominating the New York Comic Con, it’s clear fandom is obsessed and 2012 is the Year of Adventure Time! Don’t miss out on this new phenomenon! 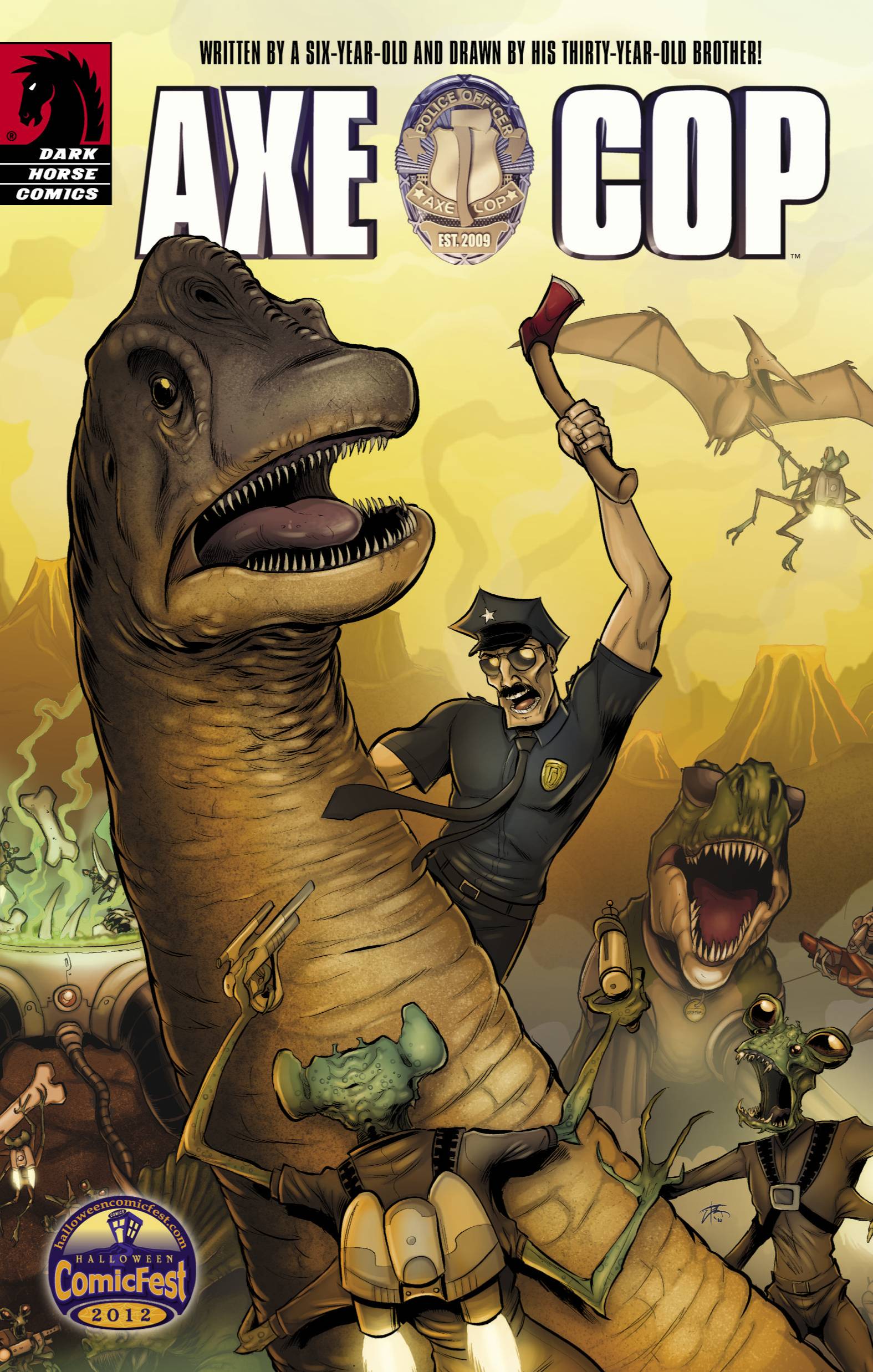 Created by six year–old Malachai Nicolle and illustrated by his older brother, the cartoonist Ethan Nicolle,. Whether he’s fighting gun-toting dinosaurs, or teaming up with Ninja Moon Warriors the adventures of Axe Cop and his incomparable team of crime fighters will delight and perplex even the most stoic of readers. This ashcan features the origin story of Axe Cop and the Halloween special ‘The Night Monster.’ 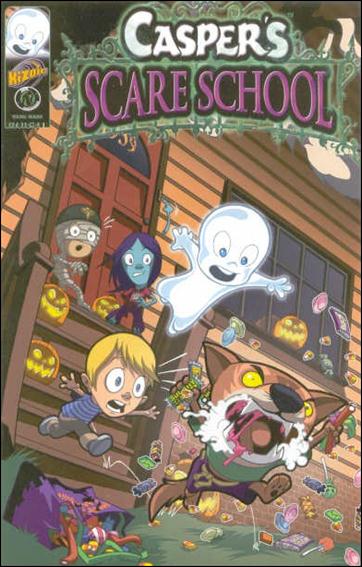 Casper The Friendly Ghost makes his return to comics at last, and he’s bringing his Scare School with him! It’s Halloween in Deedstown, and Casper and the Gang make plans to go trick-or-treating–after all, it’s the one day of the year that they can get together in public without raising much suspicion! But when Wolfie goes candy-crazy, can Casper calm him down before the “fleshies” take notice? 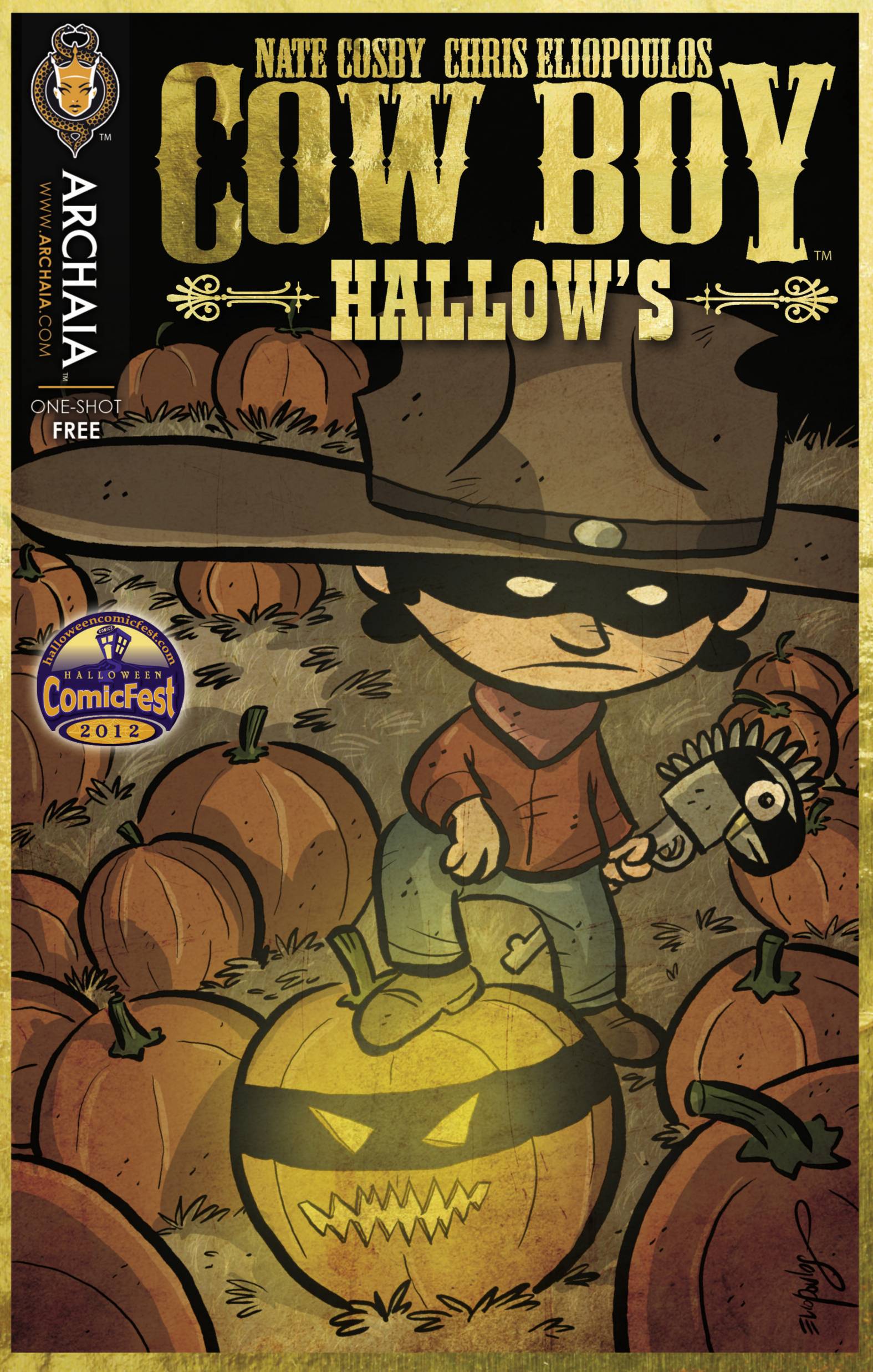 All y’all step right up for the showdown of their century: Cow Boy vs. Billy the Kid! From the acclaimed team of Nate Cosby (Jim Henson’s The Storyteller, Pigs) and Eisner-nominated Chris Eliopoulos (Franklin Richards, Misery Loves Sherman) comes an all-new Cow Boy yarn from Archaia Entertainment, just in time for Halloween, and for free! 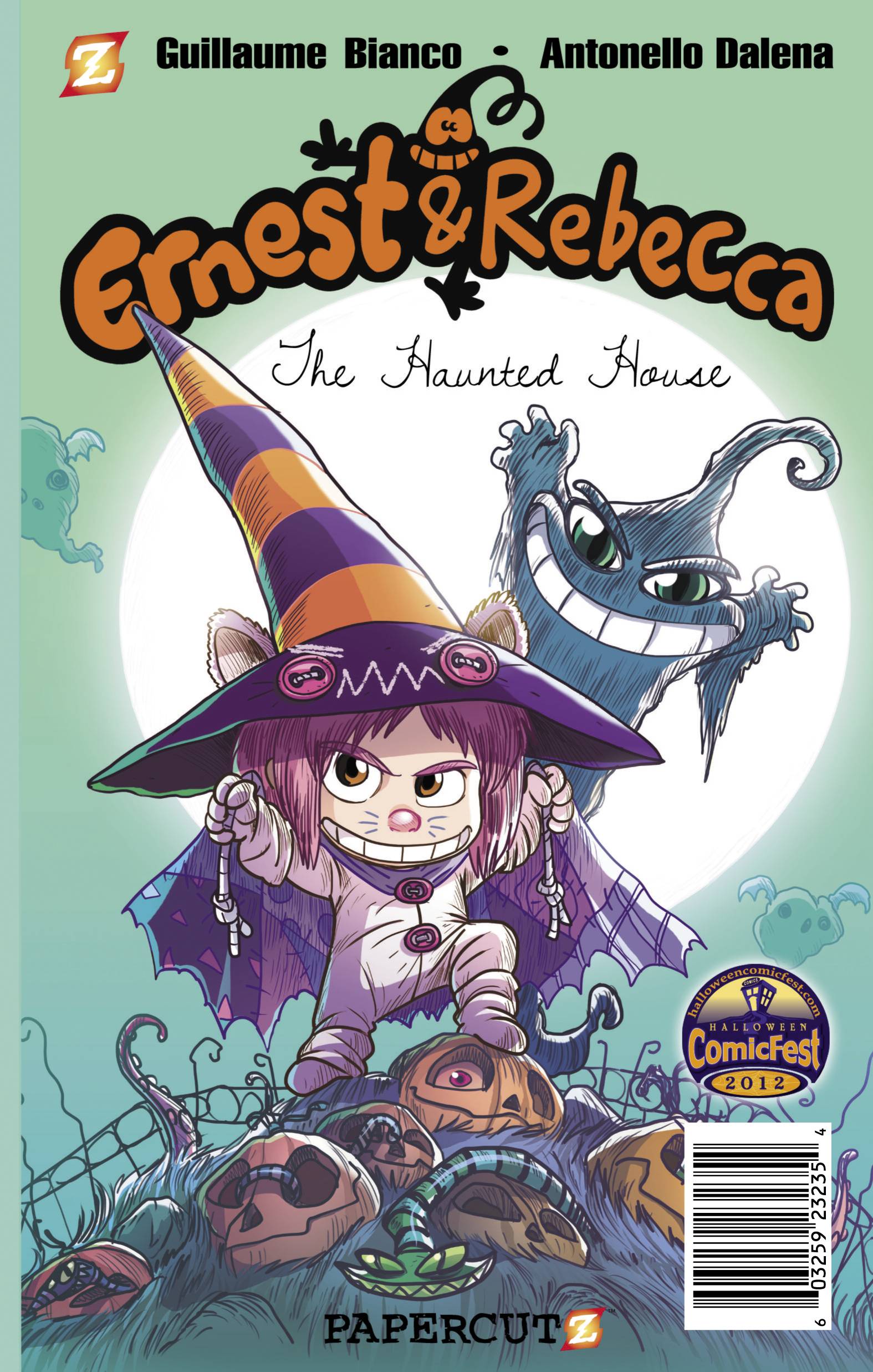 Papercutz presents a special Ernest & Rebecca minicomic for Halloween! Rebecca is a vivacious 6 1/2 year-old girl whose best friend happens to be a germ named Ernest. He’s not only her best friend- he’s also her partner in mischief, adventure companion, and confidant. An inseparable duo, the zany adventures of these two continue to delight in this award-winning series from Papercutz. 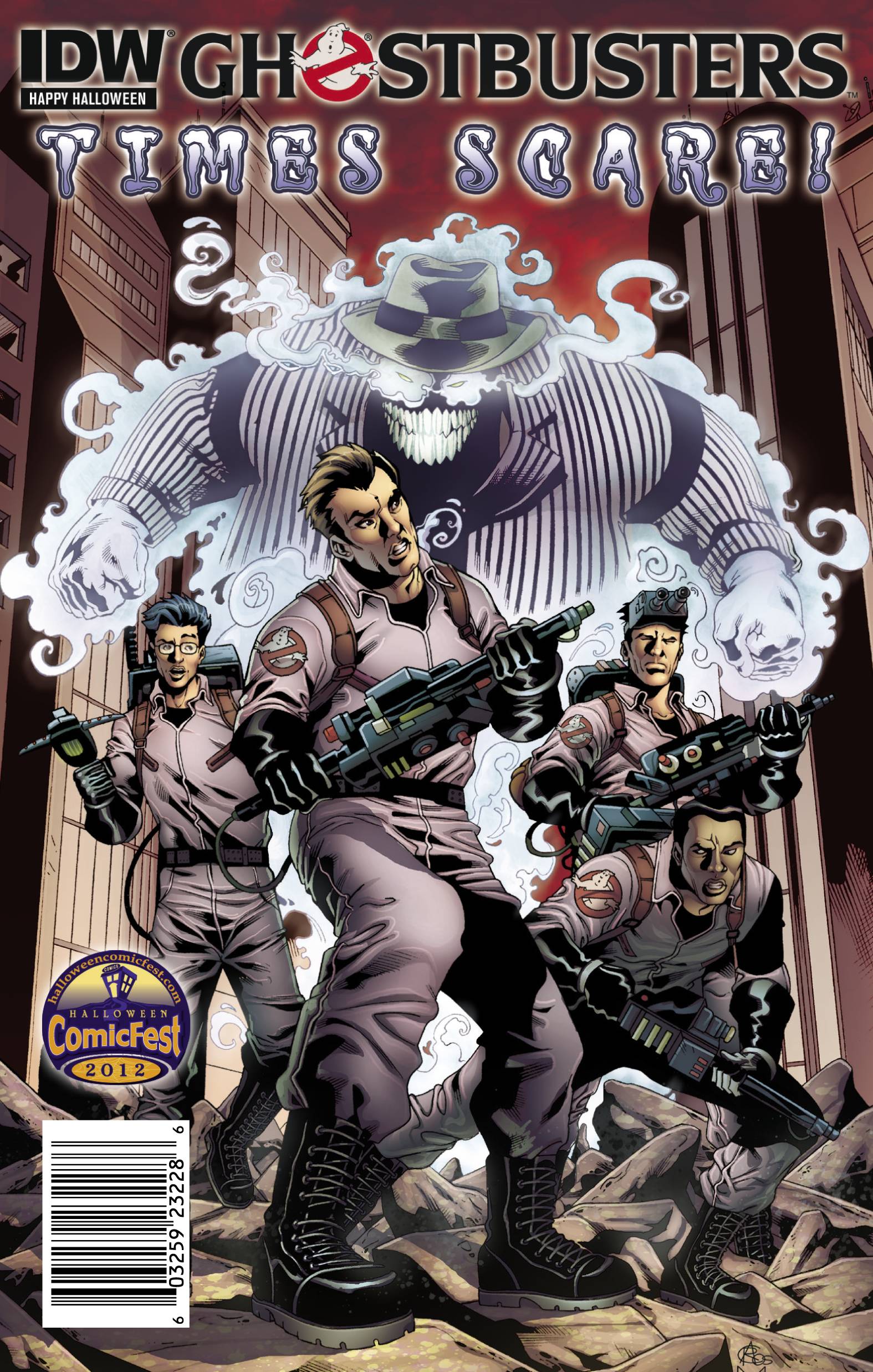 First time in print! A long-dead gangster is terrorizing Times Square, wreaking horrific havoc on a building that once housed a spirited speakeasy. But the place is now a toy store, and when the ghostly gangster starts shooting ectoplasmic bullets at terrified patrons, the Ghosbusters – Egon, Ray, Peter, and Winston – are called in to nab the speakeasy spook! Written by Brian Lynch (Angel, Spike, Teenage Mutant Ninja Turtles) and illustrated Marcelo Mueller (Lady Death, Aliens), Ghostbusters: Time Scare! serves as a hauntingly hilarious gateway into IDW’s smash-hit line of Ghostbusters comics! 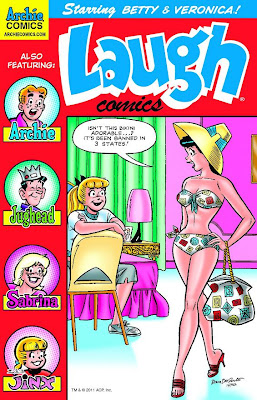 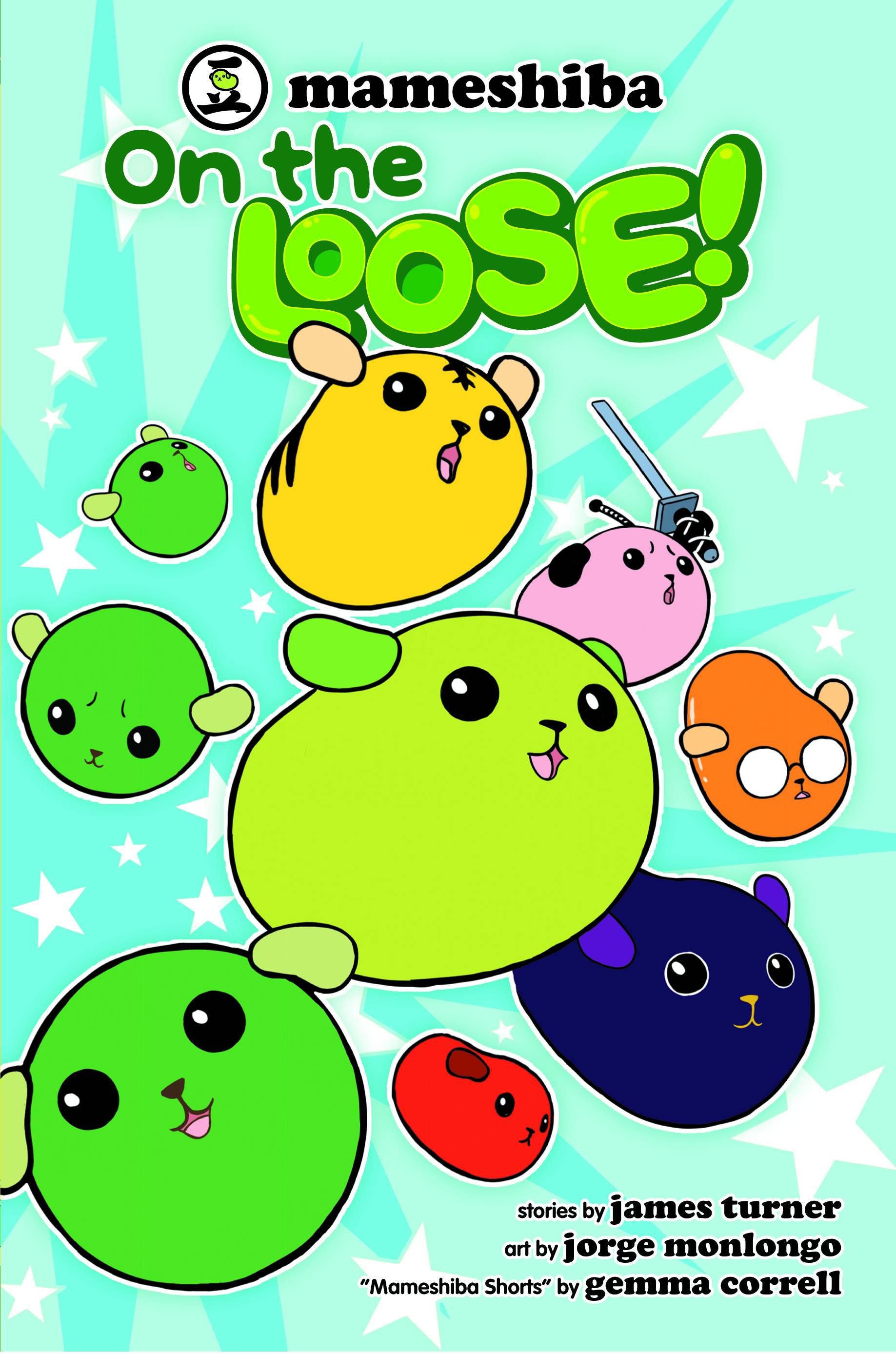 MAMESHIBA ON THE LOOSE
VIZ MEDIA

It’s a BEAN! It’s a DOG! It’s… BOTH?! Meet Mameshiba, the cute little bean dogs with bite! Starring in their first-ever adventures, they rescue friends, explore outer space and offer interesting bits of trivia when you least expect it! Hold on tight – Mameshiba are on the loose! And don’t miss the Mameshiba shorts, by Gemma Correll! 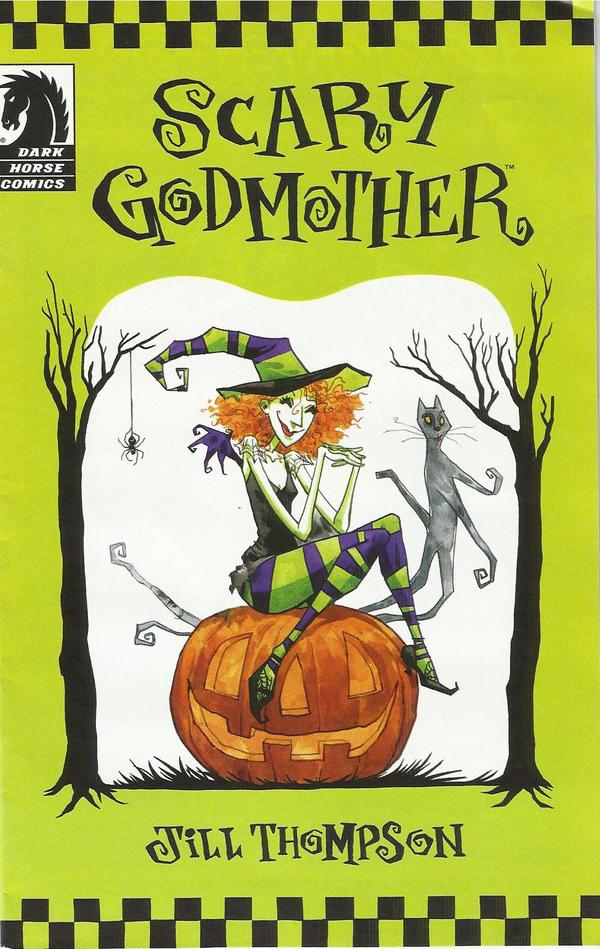 Dark Horse offers comics fans of all ages something special this Halloween that won’t rot your teeth! Sized perfectly for just about any trick-or-treat bag, this Halloween ashcan of Jill Thompson’s Scary Godmother is a perfect alternative to Halloween candy.

This special giveaway features the story “Tea for Orson,” from the Scary Godmother hardcover collection, released by Dark Horse last fall. Follow Harry and Orson on a fun eleven-page quest to sneak into a tea party, hosted by none other than Scary Godmother herself! As an added bonus, this Halloween treat features a two-page short, “Wild about Harry.” 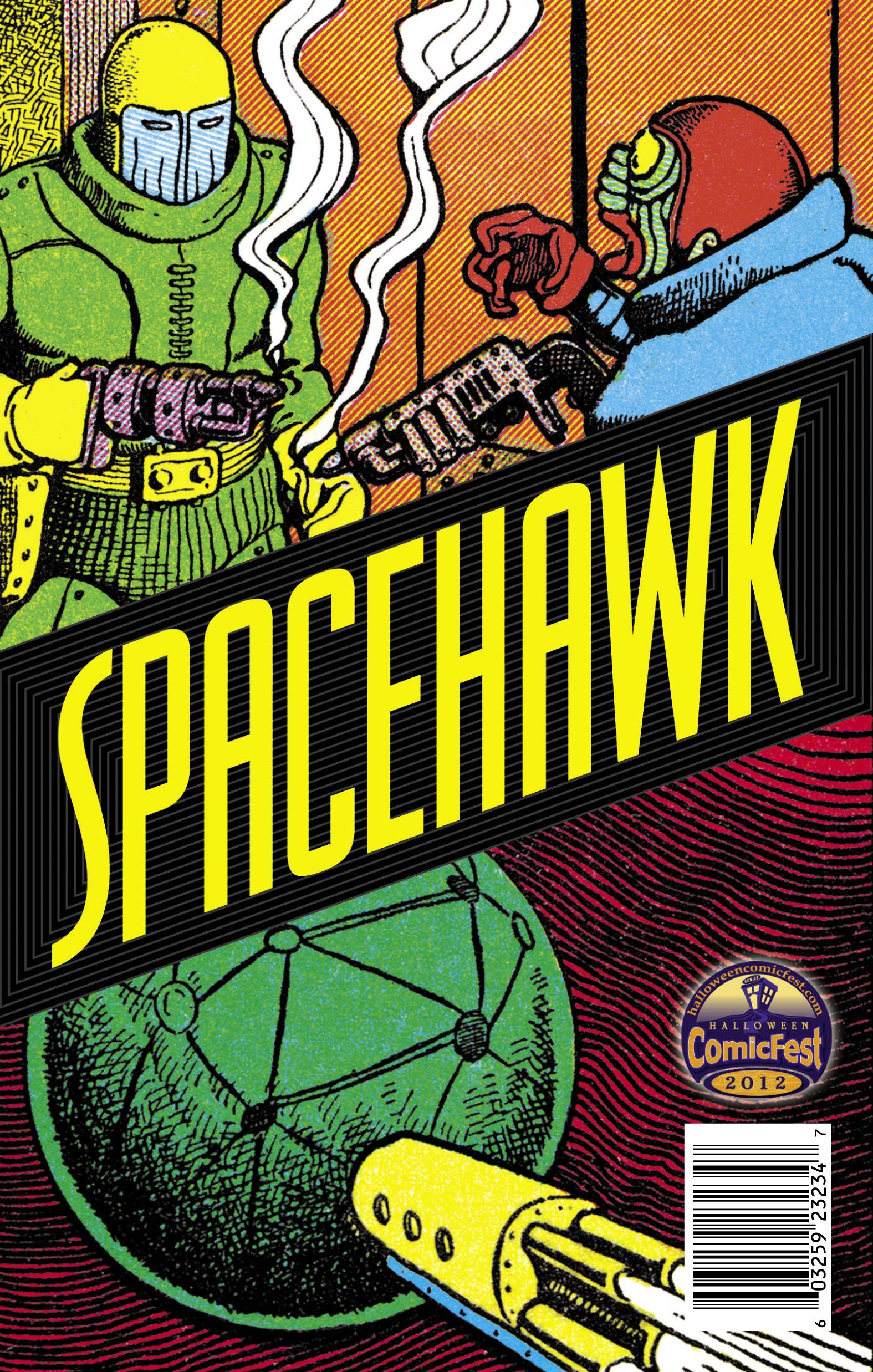 Blast off into outer space with Basil Wolverton’s weird and otherworldly SPACEHAWK! Two tense and terrific tales of terrible adventure and tumult from comics’ Golden Age! You ain’t seen nothing like this! 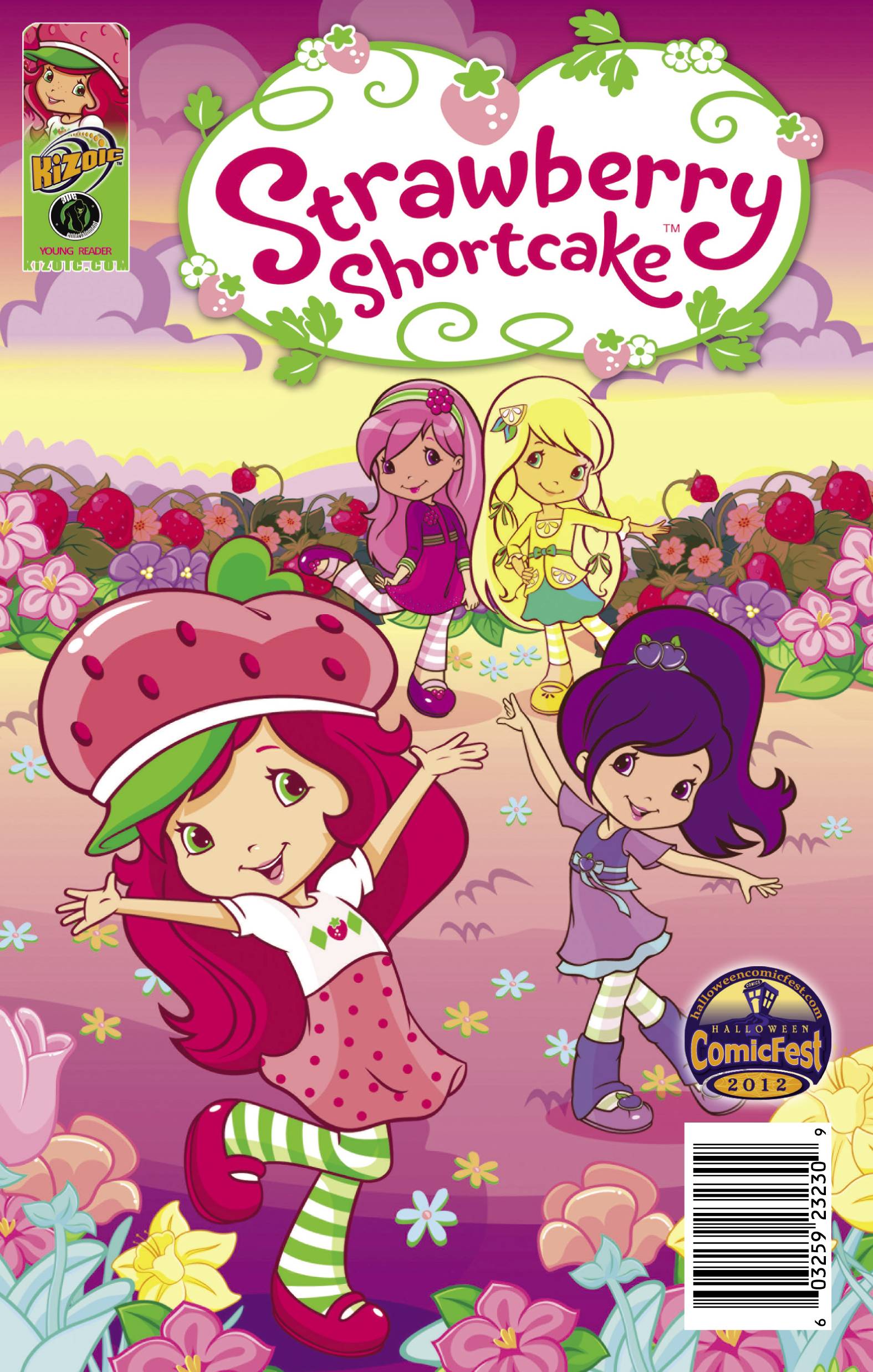 Our 2012 Halloween mini-comic flip-book features 3 short stories! One side features the boys of the Weasel Troop in a SCOUTS! short story, “Meet the Pets”. And the flip-side features the stories from our wildly successful STRAWBERRY SHORTCAKE comic, “Custard & Cake” and “A Little Kitchen Help”! This sweet treat is sure to please boys, girls, AND their parents! 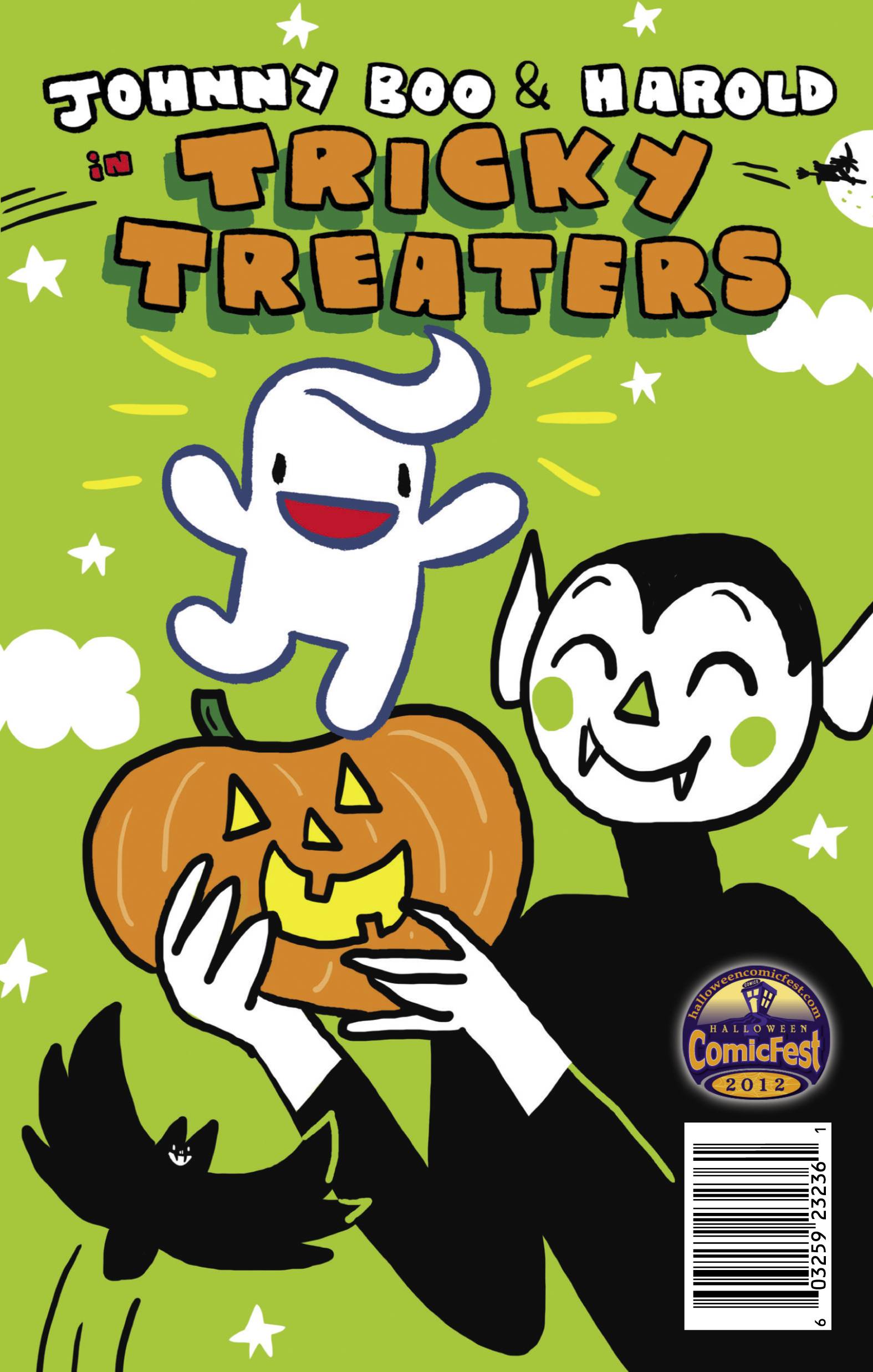 Johnny Boo is the best little ghost in the world. Don’t believe it? Just ask him! What wacky Halloween adventure are he and Squiggle up to now? Plus: meet Harold, the star of Upside Down: A Vampire Tale. He’s a friendly vampire kid who loves candy, so trick-or-treating is just about his favorite thing in the world! Tricky Treaters is a blast for all ages: a great introduction to James Kochalka’s hit series Johnny Boo and Jess Smart Smiley’s delightful debut Upside Down! 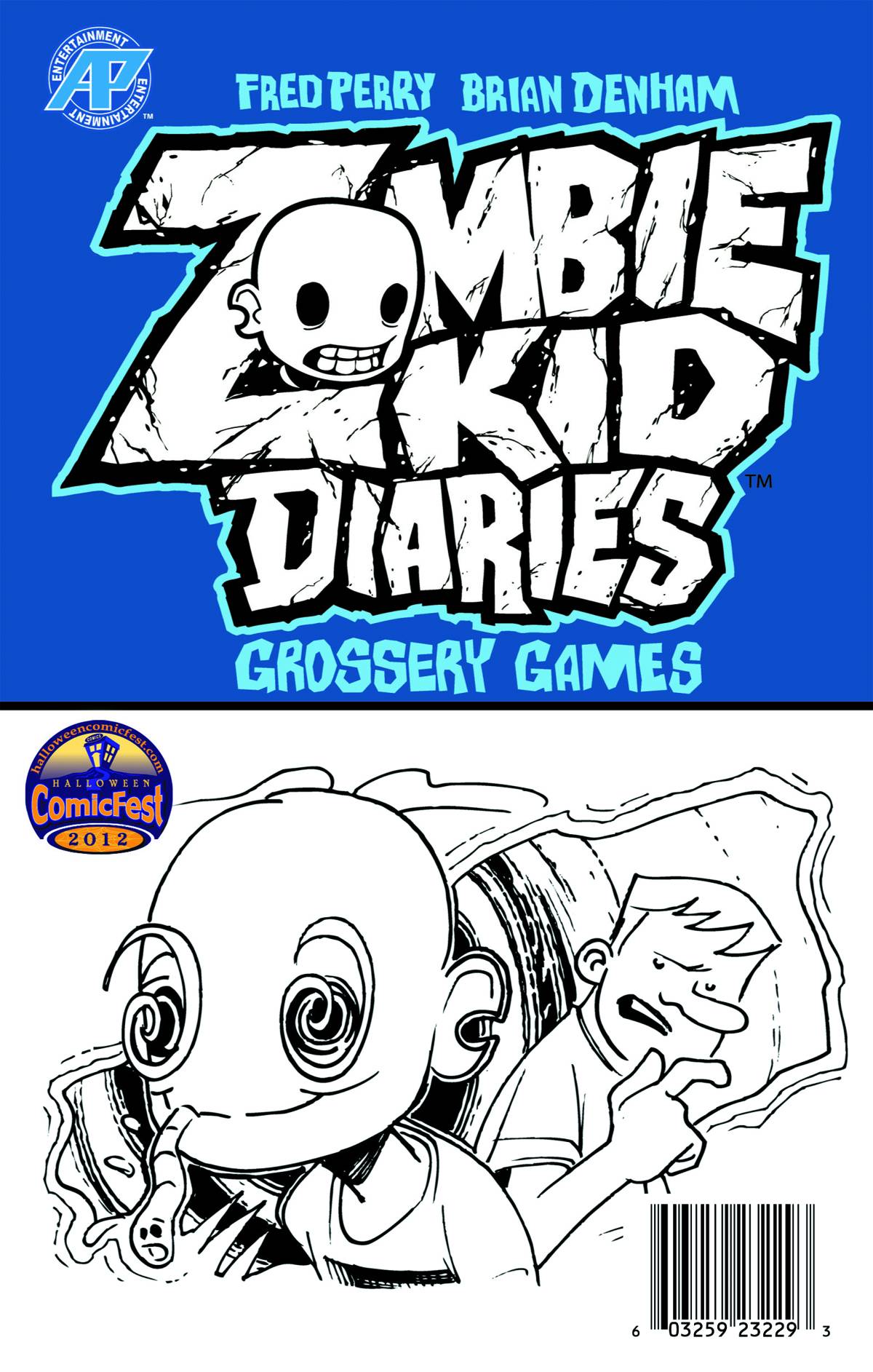 In the madness of the Zombie Apocalypse, amid the throngs of living dead and terrified victims, the Littlest Zombie roams. He’s just an inquisitive chap filled with curiosity about the world on fire around him. Pushed around by his fellow undead (who always get to the brains first), and positively frowned upon by the remaining living citizens, the poor little guy just wants a friend. And maybe something to chew on. Like your face.