Darth Vader was a big hit when he visited ACE Comics in Colchester on Saturday.

Apart from the weather bearing striking resemblance to the ocean exoplanet Kamino, and having trouble finding enough parking spaces in a row for his Star Destroyer, the Dark Lord of the Sith was on hand with his Imperial forces including Stormtroopers, Biker Scouts, Royal Guards, AT-AT Commanders and Death Star Troopers to spread some seasonal cheer. 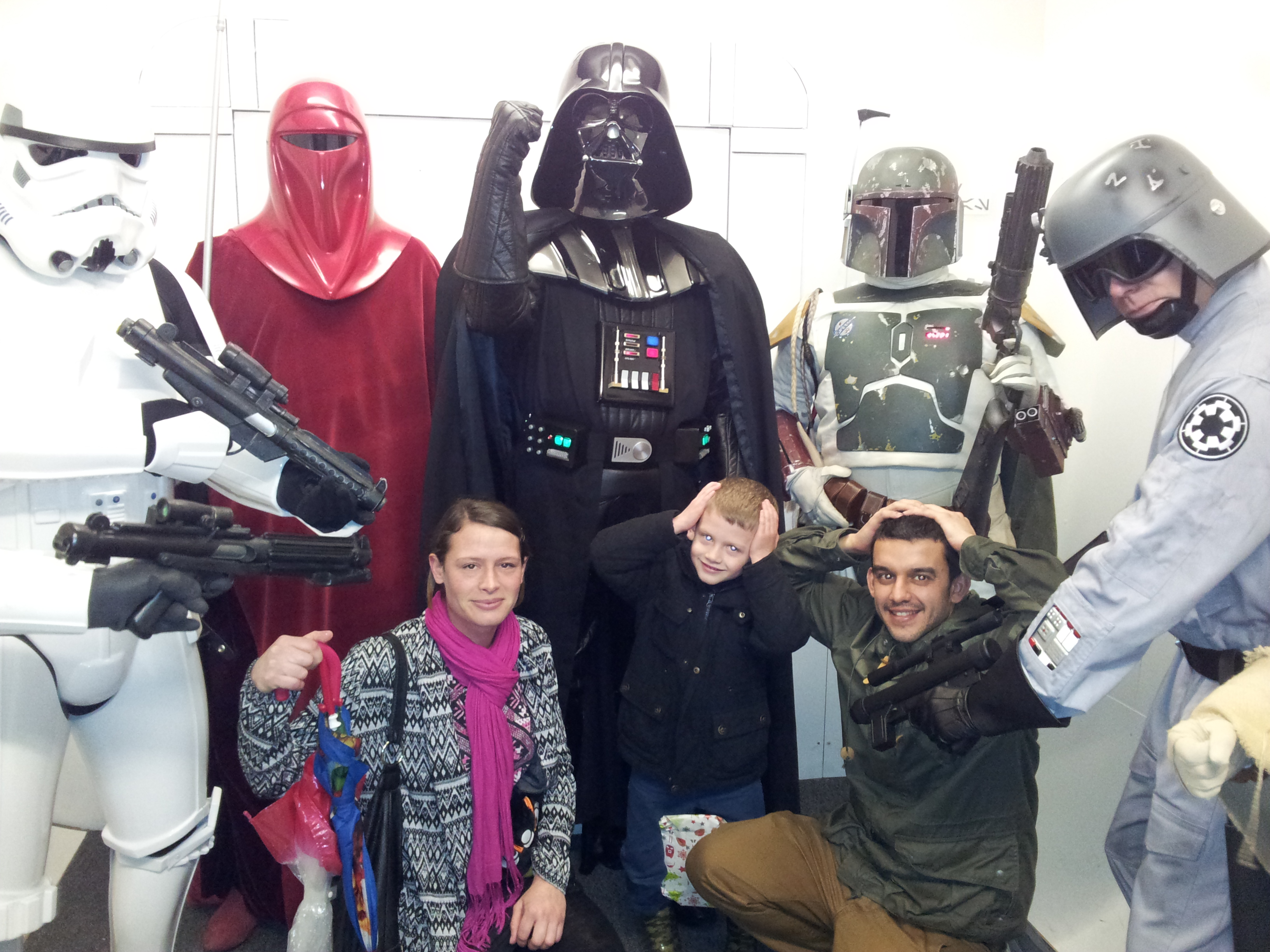 Boba Fett was also there to ensure that the Wookiee, the Ewok and the Tusken Raider, who were up to entertaining the queue, didn’t step out of line.

Star Warriors, who assisted in the arrival of the Empire, were collecting for Action On Pre-Eclampsia, a charity close to their hearts, raising awareness and improving care for those suffering from Pre-Eclampsia.