Time to have a look at the best covers on comic books this week!

Bionic Man #12 featured a fantastic image of Steve Austin pursued by Bigfoot (not to be mistaken for an ACE Comics staff member), as rendered by Alex Ross, while J. Scott Campbell produced another fine cover for GI Joe, this time it was a sketch of Scarlett on the cover of Danger Girl / GI Joe #2. There was fine representation from the most popular heroes this week as Web of Spider-Man #129.1 and Batman: The Dark Knight #12 had great covers from Mike McKone and David Finch respectively. A close second place for Week 34 has gone to Dustin Weaver for a sumptuously stylized ‘X-Ray Wolverine‘ on the front of Astonishing X-Men #53, but the winner of Cover of the Week is… 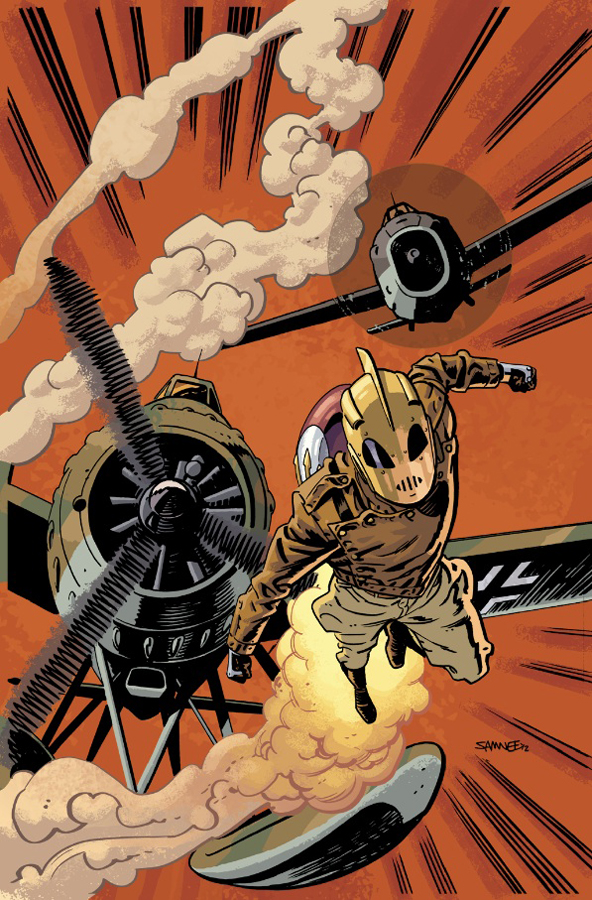 …Chris Samnee for his classic take on The Rocketeer: Cargo of Doom #1.

Congrats to Chris and IDW, they get the paper crown this week! 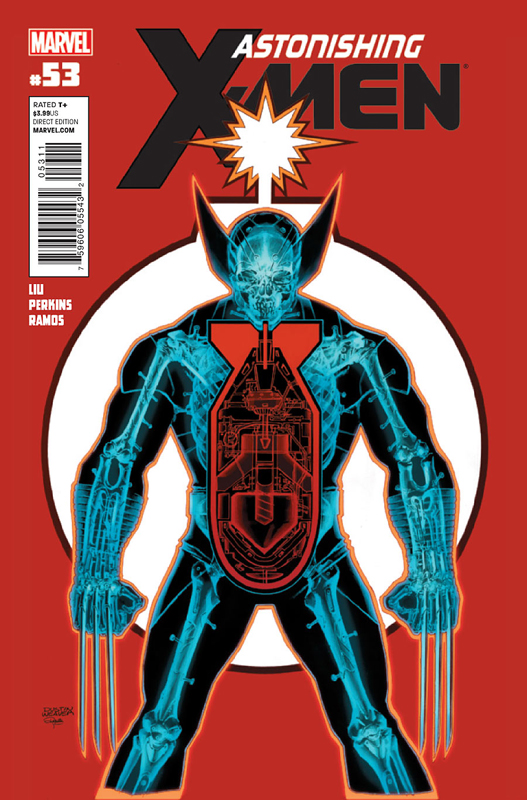 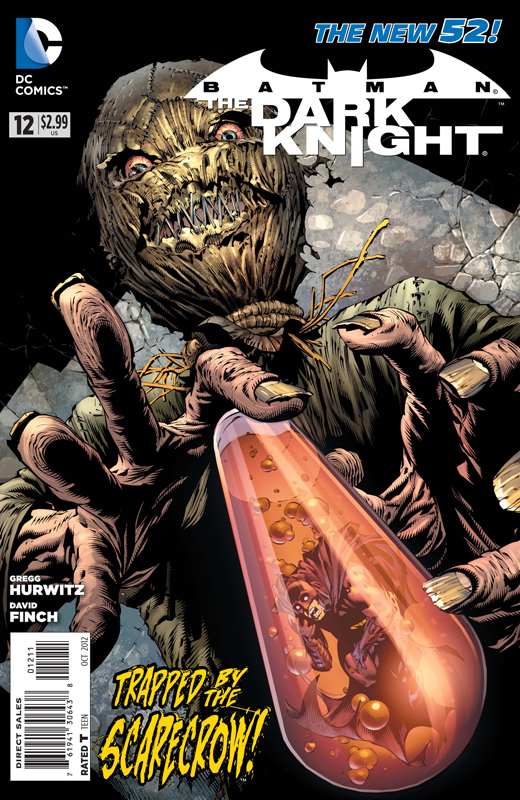 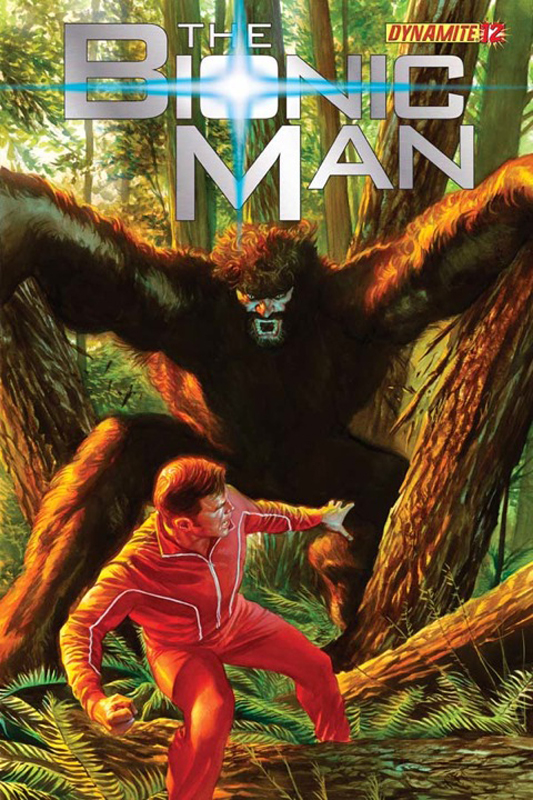 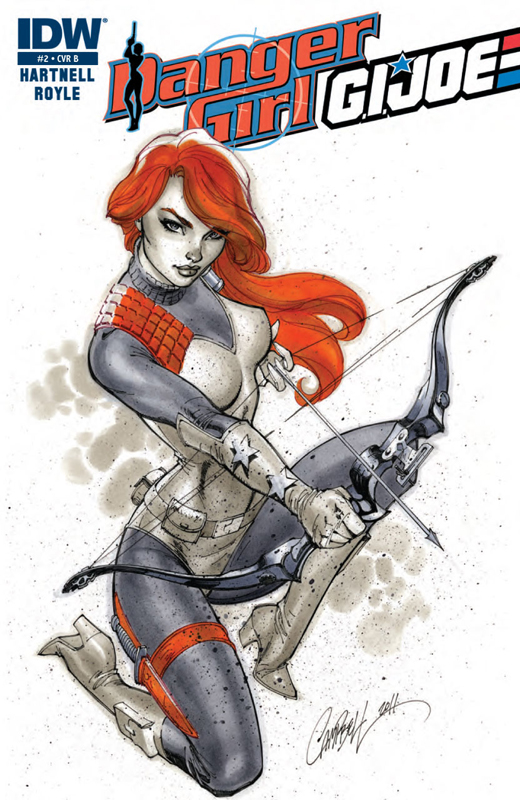 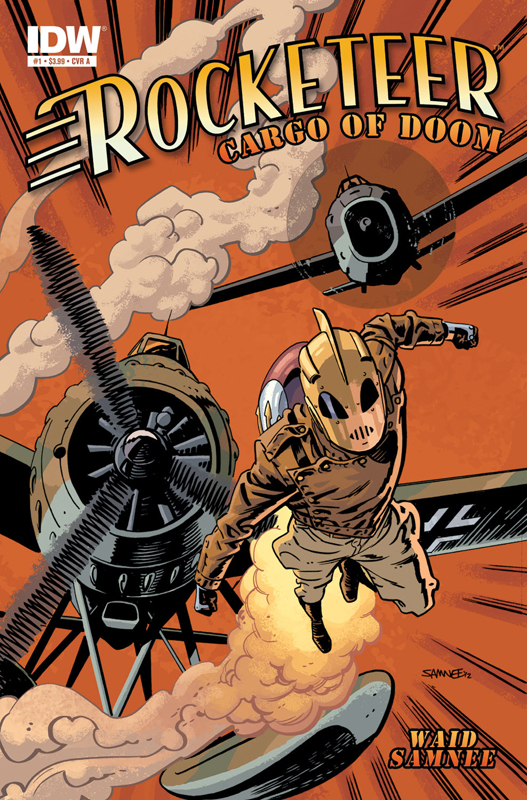 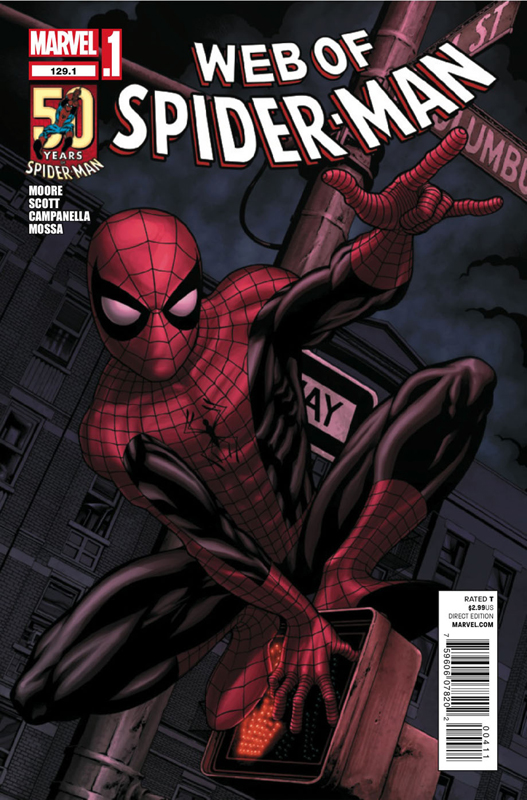